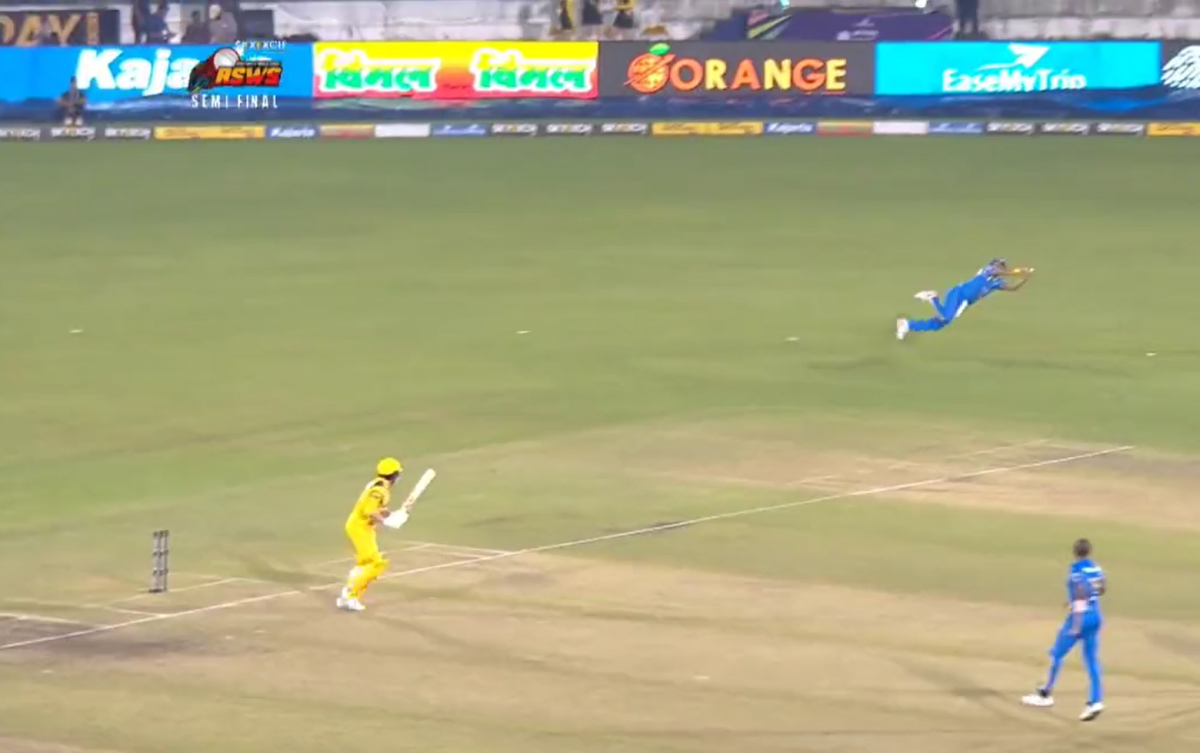 Suresh Raina who was inarguably one of the best fielders in the Indian cricket team and showed us that he is still one by plucking a stunner in the semi-final against Australia Legends on Wednesday.

Raina had called it quits from domestic season this year and is a part of the Indian Legends team this time around.

The defending champions took on Australia Legends in the first semi-final. Raina was placed at the point.

Ben Dunk smashed one towards his side and Raina was quick enough to fly towards his left to pick up a stunner. This certainly got the crowd going as it was a much-needed breakthrough for the Indian team.

Earlier, Australia Legends had an excellent start to the game. Shane Watson and Alex Doolan smashed the Indian bowlers and took the team to 60 runs in just 7 overs. Rahul Sharma brought India back to the attack by dismissing Shane Warne. Yusuf Pathan and Mithun joined the act next.

Ben Duck’s dismissal was certainly the turning point as the top-order batter smashed 5 fours for his 26-ball 46. After his dismissal, Australia lost a couple more wickets to find themselves at 136/5 in 17 overs before the match got postponed.

The rains once again forced to draw the curtains for the day. The match will continue on the reserve days as this is the knock-outs.