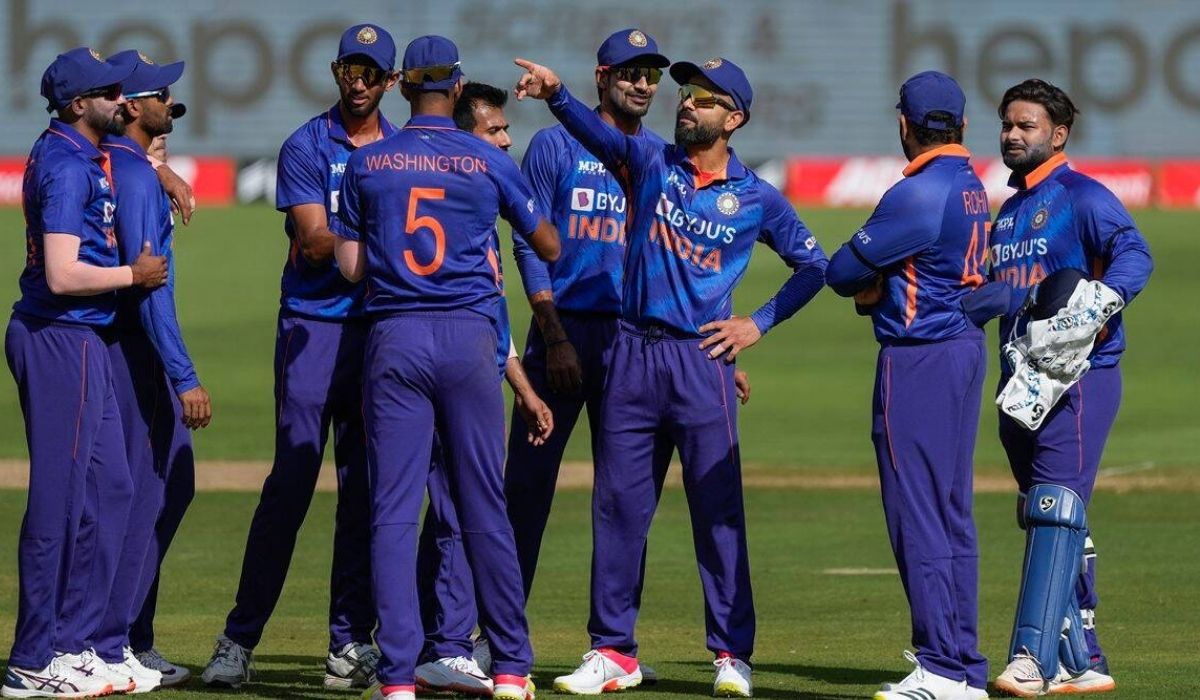 India is currently hosting West Indies for a limited-overs series, and this is the first match for Rohit Sharma after taking over the captaincy from Virat Kohli.

While everyone was concerned about Rohit-Virat’s alledged rift, the batters gelled well together as India took on West Indies for the 1st ODI on Sunday. Kohli was even seen convincing Sharma for a review which turned out successful.

The incident took place in the 22nd over of the match when Shamrah Brooks was batting. Yuzvendra Chahal bowled a length delivery pitching at middle and off. The ball turned a bit towards the off-stump. Brooks came forward to defend it but it had caught the edge and went to Rishabh Pant.

The team appealed for the catch but was given not out but the umpire. The newly-appointed skipper Rohit Sharma walked towards Rishabh Pant and enquired whether to go for a DRS review. As Pant seemed unsure, a doubtful Rohit Sharma turned to the experienced head. Virat Kohli walked in and convinced Rohit Sharma to take the review.

Rohit went for it and in the end, he got the reward as the decision was overturned leaving Brooks to walk back to the dugout.

This incident caught the eyes of the fans who were happy to see the stars together irrespective of the tension going around them.

This incident was trending on social media and the fans had some nice things to say about both players.

One fan hailed Virat Kohli as the “true leader” while the other quoted the video and said, “Exactly. That is what it is. Teamwork. They’re both the senior-most players in the side. They’ve played together for a very very long time. Just appreciate them working together instead of spreading hate.” (sic).

Within seconds, the video garnered more than five thousand views and has more than 100 likes on Twitter.

Here are a few reactions from fans:

IND vs WI: Bowlers give India an upper hand

After calling it right at the toss, India showed their attacking side as they dominated right from the ball one on Sunday. Mohammad Siraj got rid of Shai Hope in the third over with a brilliant nip backer, the one he used to produce with the red ball.

Sharma introduced spin at the other end and it worked well for the team as Washington Sundar got two quick wickets. Sundar, who had returned to the Indian team after missing the last series due to COVID19, dismissed Brandon King and Darren Bravo. This helped Yuzvendra Chahal to run through the middle order of the visitors.

The team was reduced to 79 for 7 in a whisker and that brought Fabian Allen, Jason Holder together. The experienced hands showed some resistance. Holder steadied innings with a rescue knock of 57. Allen, on the other hand, made 29 runs. By the end of the 40th overs, West Indies were 167/9. Washington Sundar was the pick of the bowlers with three wickets from nine overs. Yuzvendra Chahal did his part too and had three wickets from eight overs.

This is a commendable performance from India as the team is coming back from a hefty loss in South Africa. The team had lost the Test series after being 1-0. In the ODI series, the team was clean swept by the hosts giving nothing away for the Indians.

COVID19 cases in the Indian camp

On Friday, the first ODI’s fate was uncertain as a few cricketers in the Indian camp tested positive. The team underwent a mandatory PCR test ahead of their training and three players’ tests, including Shikhar Dhawan, Ruturaj Gaikwad turned positive. There were a few cases among the staff members too. The team immediately added Ishan Kishan, Mayank Agarwal, and Shahrukh Khan to the squad as a precautionary measure.

Ishan Kishan made it to the Indian line-up on Sunday which also marks the ODI debut for Deepak Hooda.