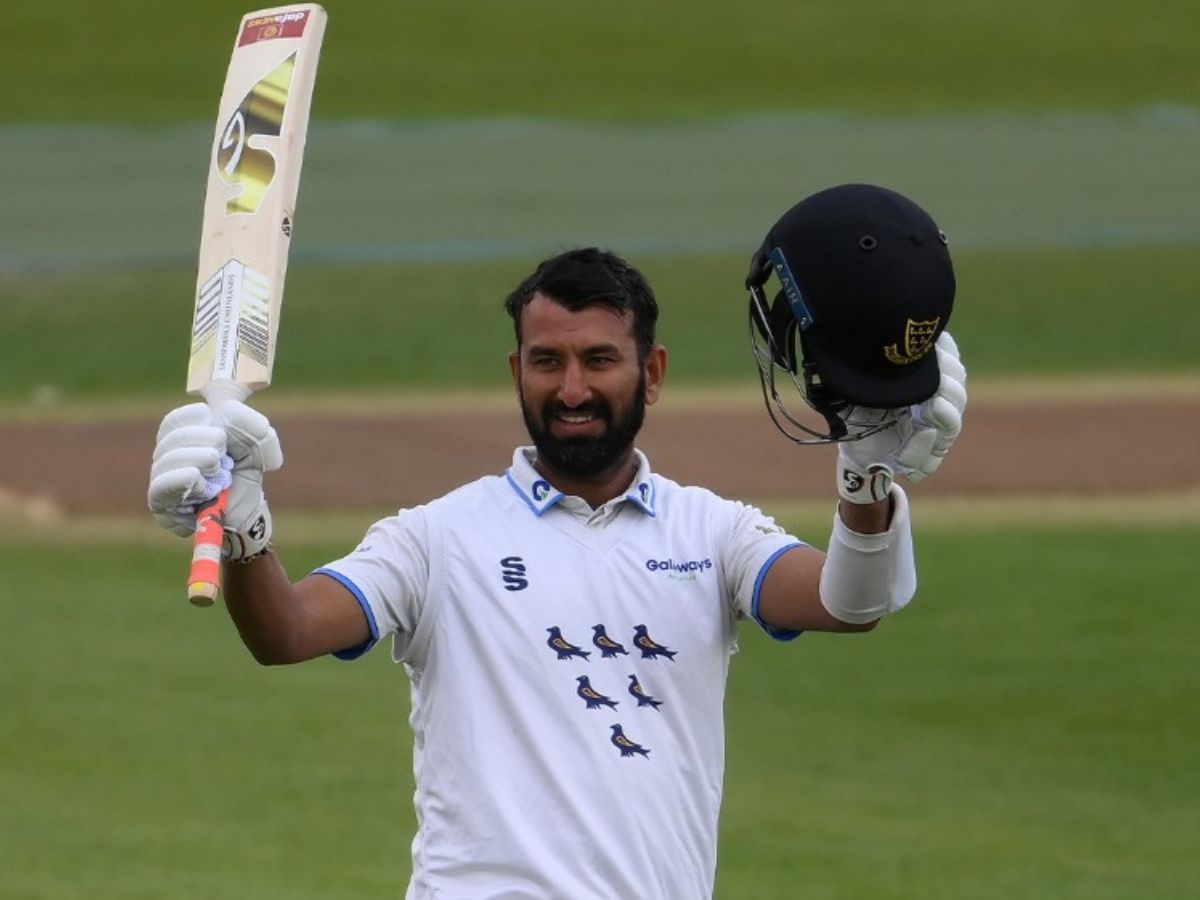 Cheteshwar Pujara continues to break records in England county. Recently, he made history by becoming one of the overseas players to score a ton on his captaincy debut.

Pujara, who represents Sussex in the 2022 County Championships, was recently made captain of the side against Middlesex–Which features Umesh Yadav–after the regular captain Tom Haines was injured.

Pujara had to fill in right after Haines broke a bone in his hand while batting against Leicestershire last week. According to the team management, he will be out for at least five to six weeks.

Pujara took the responsibility and celebrated his captaincy debut with an unbeaten ton. He remained not out on 115 from 182 deliveries, his fifth hundred of the season. He also added 219 runs alongside Tom Alsop who scored 135.

Sussex ended Day one with 328 or 4 as Tom Helm, who finished with three for 63, struck late on by dismissing Alsop and nightwatchman Archie Lenham in the space of four deliveries. Indian pacer Umesh Yadav, however, had a forgettable day as he went wicketless while going for 0/42 in his 18 overs.

Recently, he scored an unbeaten 170 against Middlesex in the may month as well.

Notably, Pujara was dropped from the Indian side after his lean patch recently. The Indian batter decided to skip the IPL auction and opted for a County Championship stint. His excellent run in the Championships allowed him to get back to the Indian side for the fifth Test.

Pujara’s good form was evident when he switched to attacking mode after a watchful start. He even began to step down the wicket most of the deliveries and tasted success as well.

The stand-in skipper brought up the 100-run partnership between him and Alsop by smashing one off Malan into the grandstand.

During the partnership, Alsop was the first to get to the ton. This was his second in as many games and his third ton of the Championships. Pujara, on the other hand, got there with a single right after the new ball was taken.

Another Indian player who has made a strong start in County Cricket was Washington Sundar. The all-rounder who features for Lancashire, helped the team to reduce Northamptonshire to 218/7 on an opening day. Sundar was given an opportunity to bowl inside ten overs after being asked to bowl by the hosts Northants. The all-rounder wasted no time and dismissed Will Young immediately. With some help from Will Williams at the other end, Sundar was able to pick three more wickets and ended the day with 4 for 49 in 20 overs.