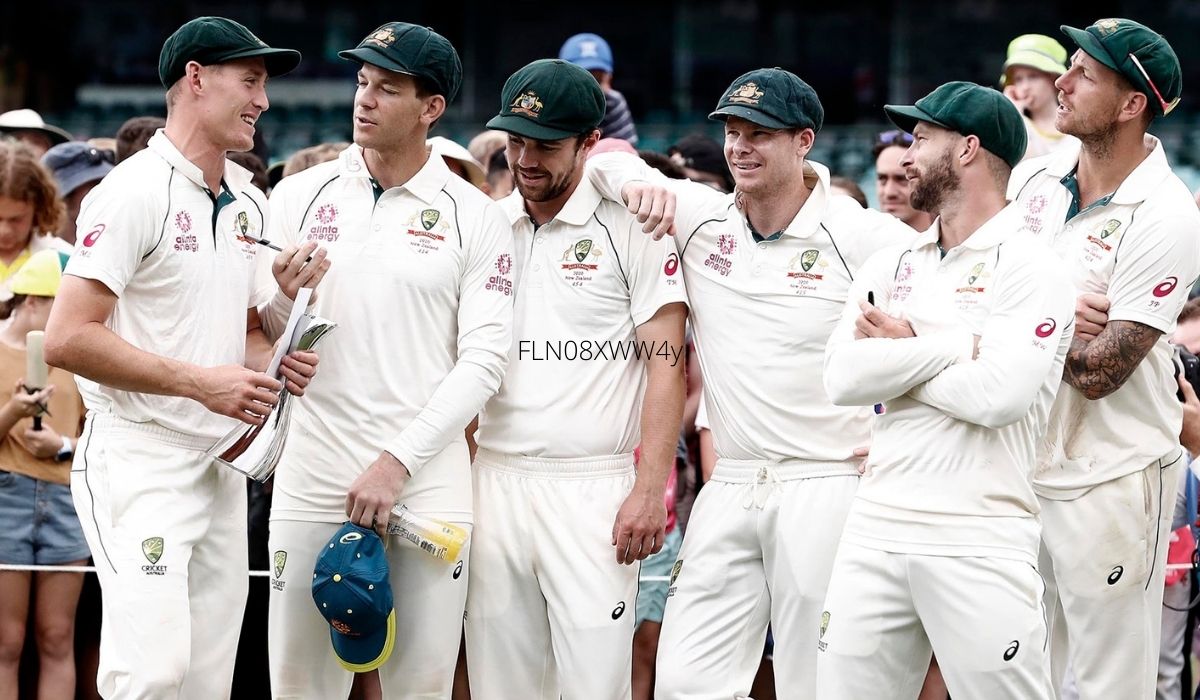 Video has emerged on social media showing the intervention of the Police to put an end to Australia’s Ashes celebration.

The Ashes afterparty apparently got too loud for the first-time hosts Hobart as the Police had to stop the celebration at the Hobart hotel and ask the cricketers to go take a nap after multiple noise complaints.

Both England and Australian cricketers including England skipper Joe Root, Jimmy Anderson, Nathan Lyon, Alex Carey, and Travis Head were spotted in the video taken at the hotel rooftop. The players were seen alongside a woman.

Based on the reports, the video is from Monday morning celebrations– The clock in the video showed 6:30 am suggesting that the cricketers had an all-night party– where the Australian cricketers were still in their uniforms after the fifth and final Test which the hosts had won by 146 runs.

In the video, one police officer is heard saying: “Too loud. You have obviously been asked to pack up, so we’ve been asked to come.

“Time for bed. Thank you.

“They just want to pack up.”

After that, the cricketers were seen quietly packing their things and leaving the spot.

Cricket Australia is aware of this situation and the Tasmania Police confirmed the incident in their statement.

“Tasmania Police attended the Crowne Plaza Hobart on Monday morning after reports were made of intoxicated people in a function area,” they said.

“The guests were spoken to by police just after 6:00 am and left the area when asked.

“No further action will be taken by police.”

This did not go well with the England Cricket Board (ECB) and it also made fans furious the team had lost the Ashes series 4-0.

Based on the latest development, England Cricket Board has launched a complaint against the members of the team who were present at the hotel.

ECB Spokesperson said: “During the early hours of Monday morning, members of the England and Australia men’s teams shared a drink in the team areas of the hotel in Hobart.

“The hotel management received a noise complaint by a hotel guest, and as is commonplace in Australia, the local police attended the scene.

“When asked to leave by hotel management and the Tasmanian police, the players and management in question left and returned to their respective hotel rooms. The England party has apologized for any inconvenience caused.

“The ECB will investigate further. Until such times, we will make no further comment.”

Later on the same day, a few Australian cricketers were also seen partying at Salamanca Market with the Barmy Army.

In the video shared by Usman Khawaja, Nathan Lyon led the sing-alongs.

Talking about the celebrations, Pat Cummins earned a name for himself when he stopped the Australian team from using Champagne and called Usman Khawaja to join the celebrations.

The video became the talk of the internet with everyone appreciating the newly appointed captain’s gesture.

Usman Khawaja later took to social media to write how important inclusivity is.

“If this video doesn’t show you that the boys have my back, I don’t know what will. They stopped their normal champagne celebrations so I could rejoin. Inclusivity in the game and our values as a sport are so important. I feel like we are trending in the right direction,” he wrote.

Pat Cummins took over the captaincy from Tim Paine right before the Ashes series. The pacer led from the front and helped the team to win the series by 4-0. Usman Khawaja returned to the Test team after a couple of years. While he had to warm the bench for the early Tests, he got into the side for the 4th Test.

Khawaja didn’t waste any time and even made up for the lost time as he went on to score a ton in each innings. Khawaja featured in the final Test as well but in this Test, he has promoted up the order to open the innings.

The Queensland star replaced Marcus Harris in the line-up. Though he couldn’t replicate what he had done in the 4th Test, the team had won the match convincingly to win the Ashes 4-0.

Australia’s focus will now turn towards their arch-rivals New Zealand whom they will meet for a white-ball series later this month. Nonetheless, Australia’s attention will be on the Test tours to Sri Lanka and Pakistan as it would put them back on the map for the 2023 World Test Championship Final.

“We haven’t played a whole lot overseas in the last couple of years. Pakistan, Sri Lanka, India next year, England – it’s all really foreign conditions”, Cummins spoke about the Test Championship final after the Ashes win in Hobart.

“That will be our challenge. I feel we are really well suited with a squad of 15 plus extras, who aren’t here and can offer a lot in those conditions.

“This is hopefully the beginning. I feel we’re all in a really good place.

“There’s no imminent retirees, so hopefully we’re building something big the next few years.”