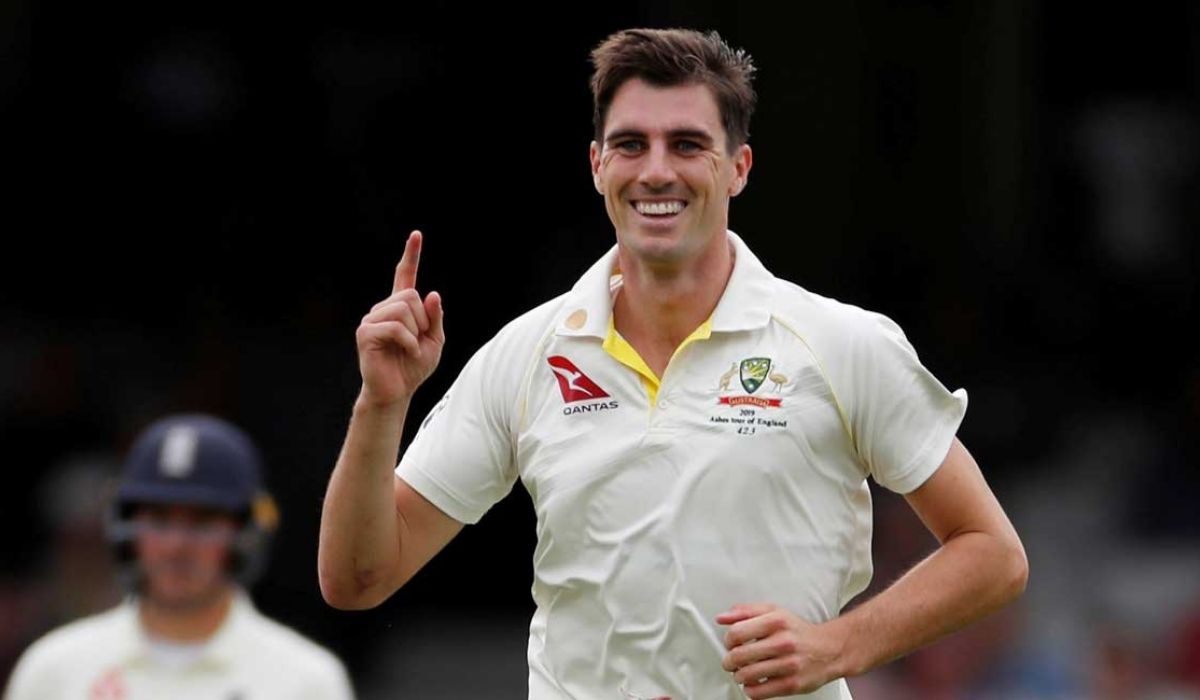 Australia have reached Pakistan and have begun their preparations for the historic Test series against Pakistan. The team is currently in Rawalpindi for the first Test and have hit the nets on Tuesday. Some of the biggest players including Pat Cummins, Steve Smith, Marnus Labuschagne were seen sweating it out in Rawalpindi ahead of the start of their first tour to Pakistan in 24 years.

During the net session, Pat Cummins was seen bowling most of his deliveries to Steve Smith. The former Australian captain was seen batting while Pat Cummins, of course, was seen bowling the delivery. In the video shared by Pat Cummins, one can see that Cummins had lost control off the ball while bowling to Smith. Cummins tries to bowl a bouncer to Smith but things don’t go as the ball slips out of Cummins’s hands and bounces twice before landing near Smith.

Smith dances down the pitch and smashed the delivery.  Pat Cummins shared the video at the first on Instagram by tagging Steve Smith, captioned it, “too good”. He also re-shared the video on Twitter where the netizens had a good laugh.

Talking about the tour, Pat Cummins will be leading the Australian team just for the second series after he took over the captaincy during the Ashes. This, of course, marks his first away tour.

Pat Cummins was one of the star performers in the recently concluded Ashes series which the team won by 4-0. However, after the team won, Australian coach Justin Langer had decided to step down because of the way things went between him and the players.

Australia are yet to find a permanent coach and they have appointed former Australian all-rounder Andrew McDonald as the interim coach. He will be travelling to Pakistan alongside the team.

Interestingly, this is the first time Australia are travelling to Pakistan in close to a quarter of a decade. Their last tour to Pakistan came in 1998 where Mark Taylor scored his famous triple hundred.

However, there are still security concerns among cricketers. Recently, New Zealand withdrew from the Test series minutes before the 1st Test citing security concerns. The team flew back immediately when they received an anonymous death threat.

Even Ashton Agar’s partner received an anonymous death threat recently but the boards had decided to ignore the same, saying that it is not a genuine threat.

Despite all these, Pat Cummins has recently appreciated the work of the security especially, during these COVID times. He said that he is glad about the way he has been treated so far.

The trophy, which is being named as the Benaud-Qadir Trophy will begin from March 4 and the teams will lock horns in two more Tests here. Both teams are likely to feature full squad. Steve Smith, who was hit by a bouncer and had a concession during the 3rd T20I against Sri Lanka, is all well and is likely to feature in the 1st Test.

“To be able to compete for the Benaud-Qadir Trophy for the first time is a huge honour. As current players, we really are standing on the shoulders of these greats of the past who helped to grow and popularize the game in years gone by, and if my team can collect that trophy at the end of this series then it really would be the perfect end to the Test part of this historic tour,” Pat Cummins said ahead of the series.

Pakistan captain Babar Azam: “The game is today healthy, wealthy and strong because of such individuals and their legacy, as such, we must always recognise and acknowledge their contributions and services. We have our sights firmly on the Benaud-Qadir Trophy, both sides will have to bring out their very best during this series as this promises to be a really competitive contest. This series will significantly enhance the quality of Test cricket, which cricket fans inside the venues and world-over can thoroughly enjoy,” he added.