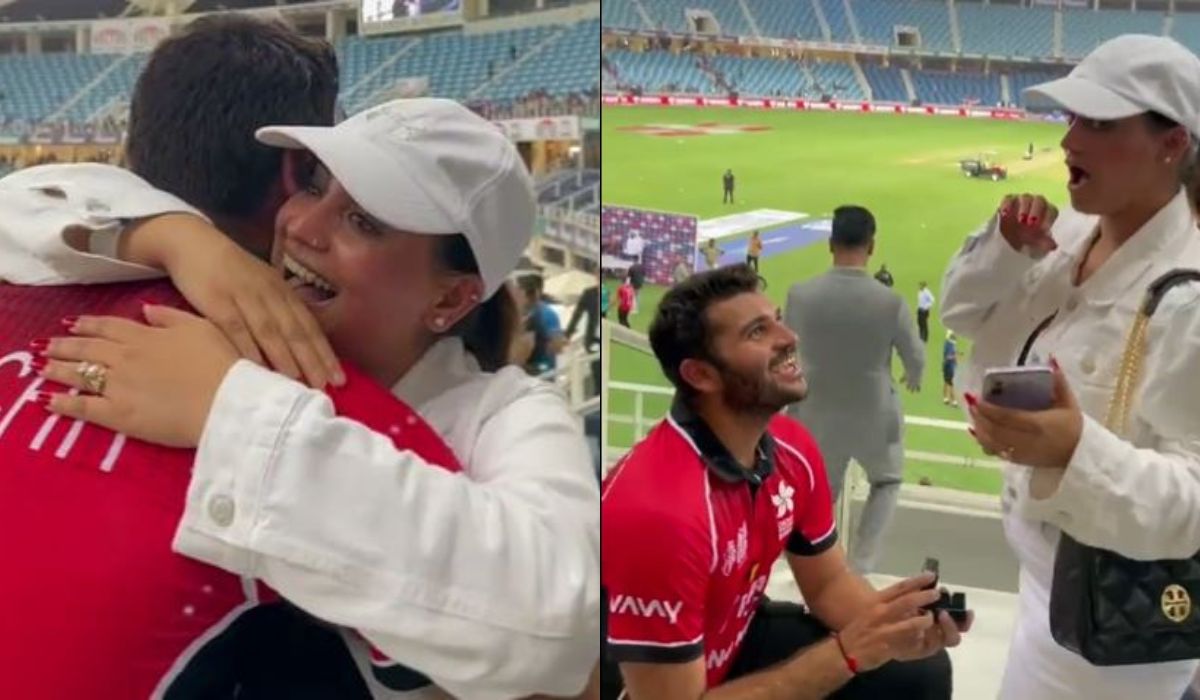 Hong Kong Cricketer Kinchit Shah chose to make his Asia Cup clash against India a memorable one by proposing to his girlfriend. The all-rounder went on one knee and proposed to his girlfriend before the full crowd in Dubai.

Right after the match, all the cameras panned toward the cricketer who played a good knock of 30 against India.

The photos and the videos of his proposal went viral on social media. His girlfriend accepted the proposal as well. One can also see the other Hong Kong cricketers cheering for the cricketer.

India took on Hong Kong in their 2nd match of the Asia Cup 2022. India had a quick start to the game with Rohit Sharma and KL Rahul adding 38 runs in 5 overs. Rohit Sharma was the 1st man to go, the skipper made 21 off 13 deliveries.

In return, Hong Kong had a sluggish start by losing a couple of wickets early. Babar Hayat and Kinchit Shah added a decent partnership in the middle but the run rate kept ticking. Hayat made 35-ball 41 runs and Shah had 28-ball 30 runs.

In the end, Hong Kong managed only 152 runs from their 20 overs. Ravindra Jadeja was the pick of the bowlers for his 1 for 15 in his four overs. With this win, India stay unbeaten in Group A and moves to Super-4s. They become the second team to qualify for the knock-outs. Afghanistan was the first team to get there.