Home » Cricket » Watch: Ben Stokes hits 34 runs off one over, scores 161 in his County return 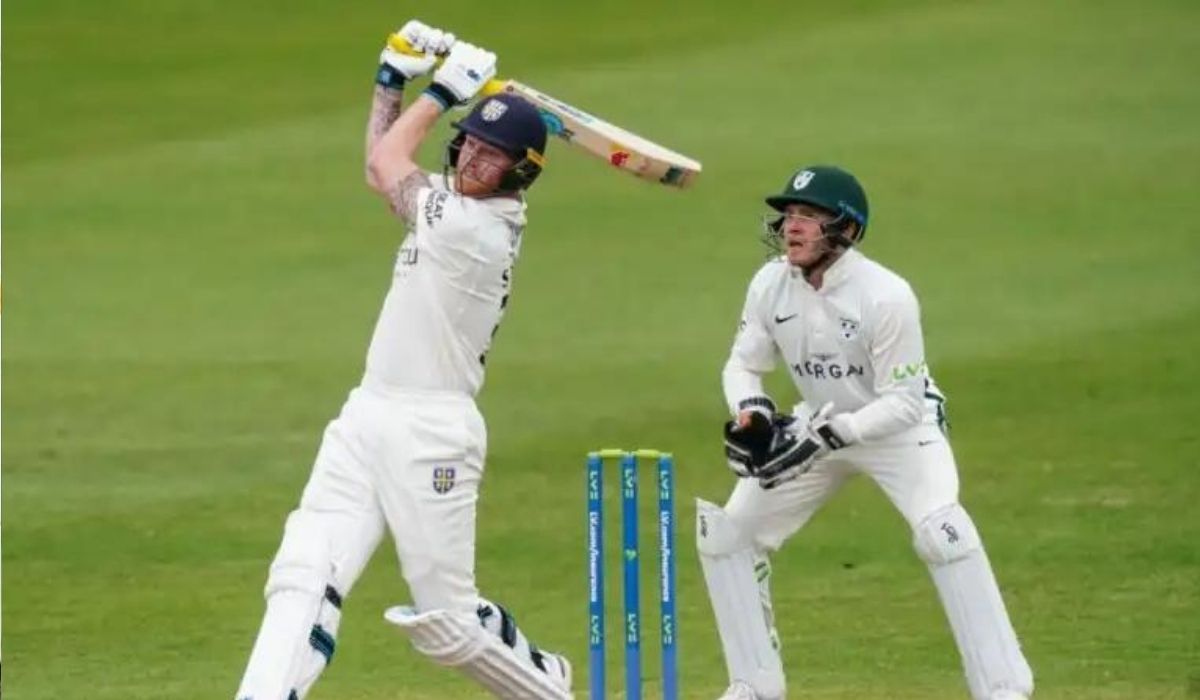 England cricketer Ben Stokes made a hurricane return to the County Championships where he went berserk, breaking countless records against Worcestershire on Friday.

The Durham all-rounder smacked 17 sixes and eight boundaries and ended with 161 on his first Durham appearance of the summer. He raced to his ton in 64 balls, sharing 220 for the fifth wicket with David Bedingham (135).

There was also a flirtation of six sixes in an over but the newly appointed England captain ended with 34 runs in an over which led him to the 64-ball, which is the fastest by a Durham player in County Championships. He went past Paul Collingwood’s 75-ball hundred against Somerset in 2005. With 17 sixes, he also broke the record of 16 sixes record of Andrew Symonds (1995) and Graham Napier (2011).

Stokes sent the first five deliveries of Josh Baker’s 20th over but ended with a four in the final delivery of that over. Had he reached a six, he would have become just the third person to score six sixes in an over after Sir Garfield Sobers in 1968 and Ravi Shastri in 1985.

Stokes was in the zone during that particular spell. Whatever shot he played, the ball went into the crowd. He scored 46 runs from eight balls and went from 50 to 100 in just 17 deliveries.

Stokes came in to bat early in the second day morning when Scott Borthwick was trapped leg before by Ben Gibbon. He began slowly but went berserk in one particular spell.

‘It was good fun’

During the interview after his performance, Stokes said that it was good fun. He added that he had played according to the situation. He also advised Baker, the bowler who was on the receiving end, not to look into the over and learn from the experience.

Notably, Ben Stokes was at the receiving end of mammoth sixes once again and it was during the final over of the 2016 T20 World Cup final. His over lost the World Cup for England but the all-rounder came back stronger and helped out the team to lift the 2019 World Cup.

“It was good fun,” said Stokes. “I think the game got set up very nicely by our top five. I just had to play the situation. There are records people bring up but you don’t play the game for stuff like that. Hopefully [Baker] can use the experience. I know what it is like and I just hope he doesn’t look into it too much.”

Stokes is playing in the County Championship for the first time since July last year when he was unable to finish Durham’s game with Warwickshire after being recalled to England team against Pakistan. With whole team hit by COVID, Ben Stokes was first given an opportunity to lead the England white-ball team. He was given a completely new squad with almost everyone making their debut in that series.

A year later, Ben Stokes is all set to lead the England team as a permanent captain in the red-ball cricket. He was Joe Root’s deputy for a couple of years now and with the former stepping down from his role, Ben Stokes has been named as the new captain for England men’s Test team.

“I am honoured to be given the chance to lead the England Test team,” Stokes said in a statement.

“This is a real privilege, and I’m excited about getting started this summer.

“I want to thank Joe (Root) for everything he has done for English Cricket and for always being a great ambassador for the sport all across the world. He has been a massive part of my development as a leader in the dressing room, and he will continue to be a key ally for me in this role.”