Home » Cricket » Unhappy with the way I got dismissed: Shreyas Iyer after India win 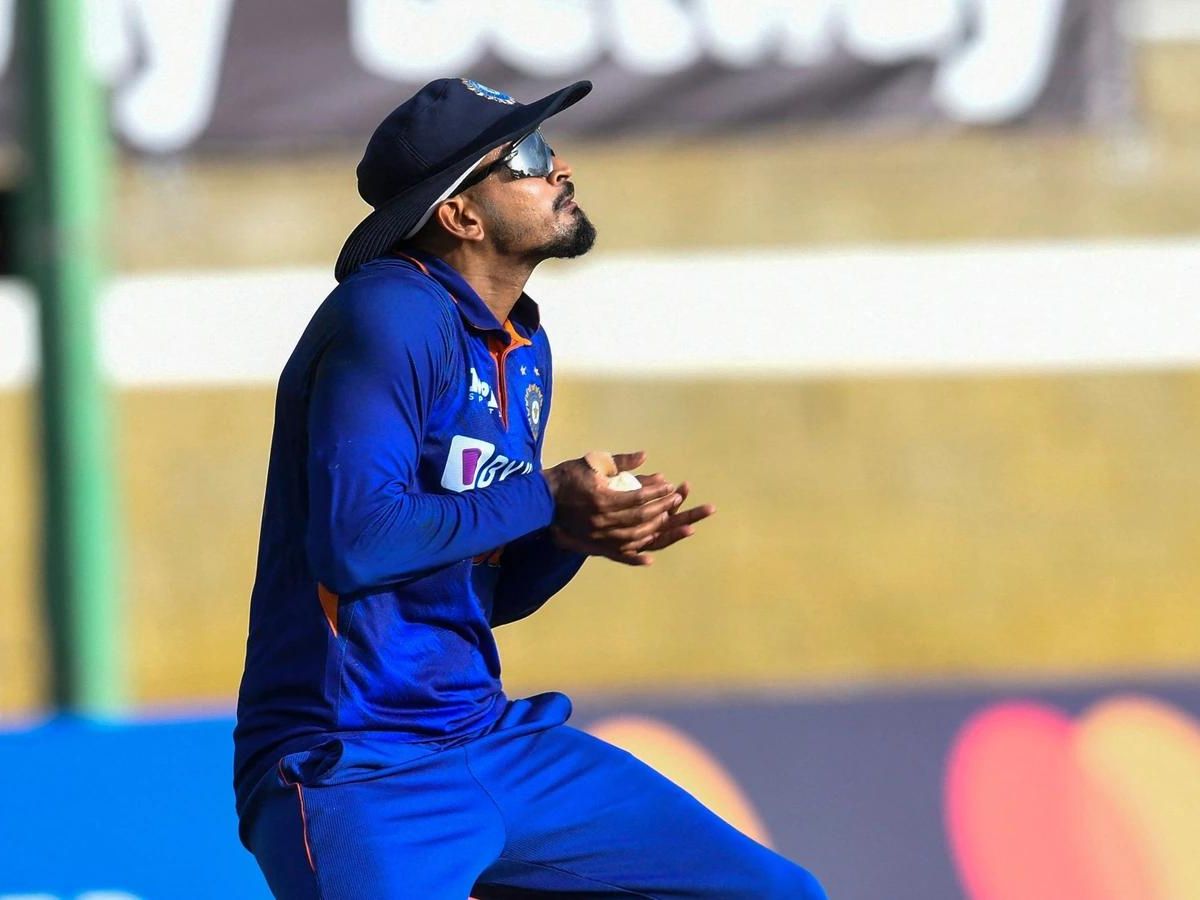 Shreyas Iyer reveals that he is unhappy with the way he got dismissed in the second ODI against West Indies at Queens Park Oval stadium in Port of Spain on Sunday.

India registered a thumping victory in the second ODI to take an unassailable lead in the three-match series. At one point, India were in trouble at 79/3 chasing a mammoth total of 312. Shreyas Iyer joined hands with Sanju Samson and added a crucial 99-run stand for the fourth wicket during the chase.

Iyer got to his half-century quickly and was on his way to getting to his century. Unfortunately, while batting at 63, he was given out by LBW off Alzarri Joseph’s over. Talking about his performance after the match, Iyer said that he was glad that he got some runs on board but was unhappy to get out this way.

“I was really happy with the score which I got today but really unhappy with the way I was dismissed. I thought I could have taken the team through easily but very unfortunate with the wicket. Hopefully, I score a century in the next game,” said Iyer in a post-match press conference.

The Indian batter went on to praise Sanju Samson who also scored a half-century on Sunday. The wicket-keeper batter provided a good hand for Iyer during the game.

“We lost two back-to-back wickets for 60 and from there we had to rebuild. Sanju came in and showed a lot of intent. I was already batting and had faced around 20 balls. So, me and Sanju knew what we had to do. Sanju faced a few balls and then he took on to the spinners,” said Iyer.

Since India were chasing a big total, they didn’t have much time to settle in after losing early wickets. West Indies soon began to build pressure on the visitors but produced dot delivery. At one point, the required run rate climbed above seven and the batters were forced to pull things back. Sanju Samson took the charge and smoked a couple of sixes which turned things around for India at that time.

“He hit them for two sixes and suddenly the momentum shifted towards us and from there, we built on the partnership,” he added.

Iyer also praised the way Axar Patel batted in the end. The all-rounder took India home with a brilliant half-century and he managed the pressure of batting with the tail-enders very well.

“It was fun, to be honest. We all were sitting together and Rahul sir was getting tensed. He was passing on the message. But yeah, I think a lot of players showed really good emotions out there. They were really calm and composed during the pressure situations,” said Iyer.

He concluded by saying that the team has played so many matches these days and they are used to all these emotions now.

“Since we have played so many games now, so we have seen such emotions and it was just a normal game for us. I think we did pretty well, especially Axar. Outstanding knock,” he added.

After both Shreyas Iyer and Sanju Samson got out, the team still needed more than 50 runs. Axar Patel took the charge and smashed a 27-ball 50. He continued his attack and ended with an unbeaten 64 from just 35 deliveries.

With 6 needed off the last three balls, the left-hander smashed a six off Kyle Mayer’s full toss delivery over long-off to take the team home in the end.