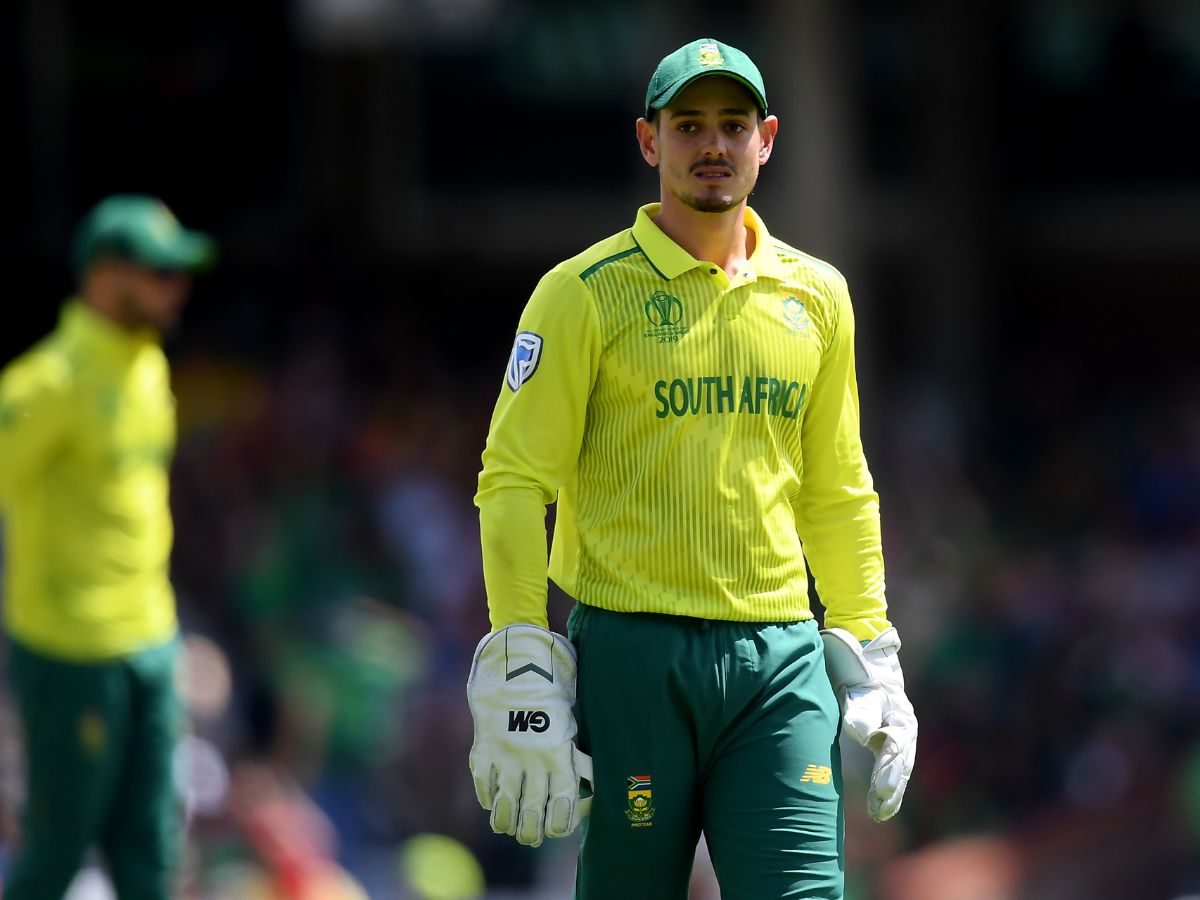 Quinton de Kock believes that with so much cricket going around, dropping a format is the only option for the cricketers at the moment. The South African wicket-keeper retired from Test cricket in order to spend more time with the family. The decision came when he was about to become a father.

De Kock returned from paternity leave this January, and since then, he has been playing continuous cricket, starting from IPL 2022. Despite losing a format, De Kock’s schedule has been jam-packed.

“It hasn’t freed up my calendar – at least not this year. I’ve been roped in to play a couple of leagues but that’s my own consequence. I am happy to do it. It’s still a sacrifice but I’m slowly getting to an age where I need to think about where I want to be in my career. As long as I can do it at my own pace then I am happy,” Quinton de Kock said.

The South African top-order batter acknowledged that it will be tough for the players since there are a lot of games happening over the years. He also believes that it is an individual decision.

“It’s going to start being tough for players – three formats is a lot and it looks like more games are happening over the calendar,” he said. “Players need to make decisions individually and if they feel they can do it [play all three formats], I am happy for them. But guys need to take decisions into their own hands. For me, I am happy where I am.”

However, he wants the youngsters to play in all three formats and said that things get tougher only when one gets old or when their priorities change.

“When you’re still young you need to play all three formats and get certain things done in your career. It starts getting harder as you start getting older and the body doesn’t cooperate like it used to. It’s just a management thing,” he added.

Recently, many former cricketers have spoken about how ODI cricket is dying. Quinton de Kock feels otherwise and wants to win the World Cup for the country.

“I want to say we need to play more games but I don’t see where,” he said. “The [ODI] game is doing well for itself with the way players are going about it and from a batting and bowling competitiveness. There’s a future for it and a lot of us still want to win 50-over World Cups. There’s a lot to play for”.

Quinton de Kock is currently in England playing the shorter format of the game. After the England series, he will feature in The Hundred followed by CPL. He will then return to international cricket with a series against India and then followed by T20 World Cup.