Home » Cricket » ‘They proved why they are rated so highly in T20 cricket’: Kaneria praises this Indian duo 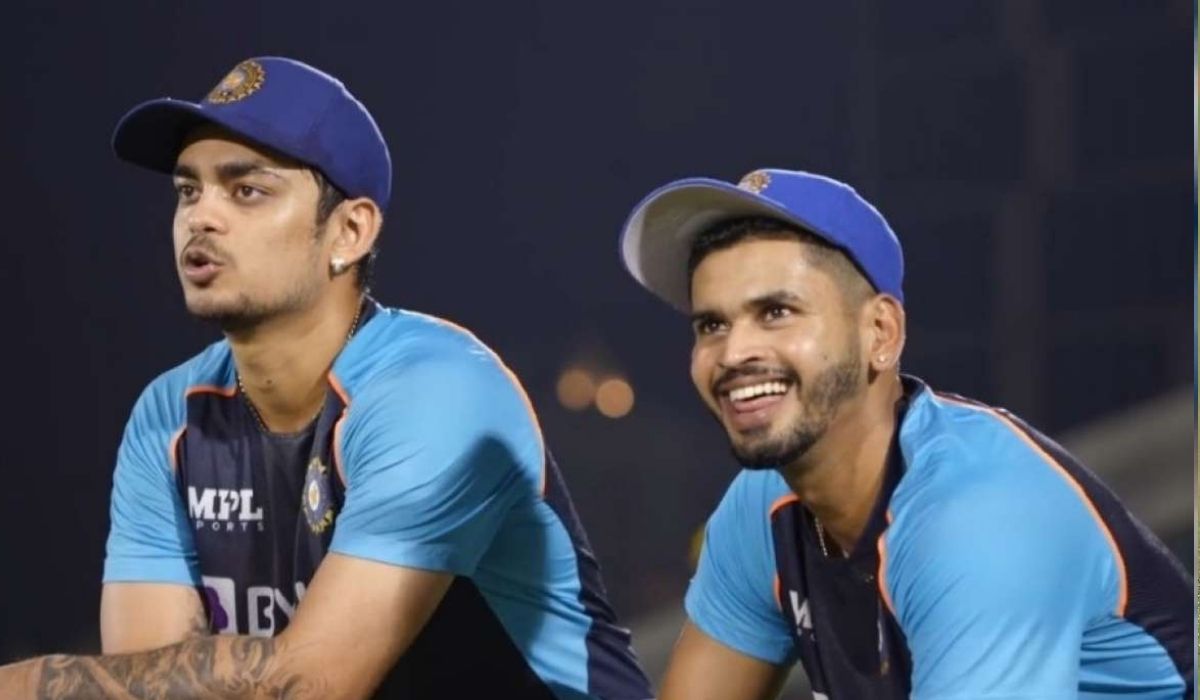 Former Pakistan bowler Danish Kaneria praised Indian duo Ishan Kishan and Shreyas Iyer for performing big in the first T20I and also explained why they got a big amount in IPL 2022 auction.

“Both Ishan Kishan and Shreyas Iyer fetched lucrative contracts at the IPL auction. With their performance against Sri Lanka, they proved once again why they are rated so highly in T20 cricket,” said the former Pakistan spinner on his YouTube channel.

Ishan Kishan was the biggest buy-in the recently concluded IPL auction. The keeper, who had represented Mumbai Indians earlier, will return to the franchise after MI went on a bidding battle to bring the keeper back. Kishan, as a result, bagged INR 15.2 Crore contract. Shreyas Iyer went to Kolkata Knight Riders after a big war among different franchises. Finally, KKR signed him up for INR 12.25 crore. The franchise has also named him the captain for the upcoming season.

Kaneria then went on to praise Kishan for the way he had batted in the first T20I, said that he made the batting look very simple.

“Kishan made batting look very simple during his stay at the crease. The wicket was slow and the ball wasn’t coming onto the bat nicely. In spite of that, Kishan batted outstandingly, Kaneria said.

He knows the importance of this series: Kaneria about Kishan

After defeating West Indies, India had opted to rest Virat Kohli and Rishabh Pant, which had opened the door of opportunities for other youngsters who have been knocking on doors for a while now. Ishan Kishan became the immediate selection into the playing eleven. Talking about it, Kaneria said that Kishan knows the importance of this opportunity and therefore, he will be keen to make the most of it.

“He knows the importance of this series as Rishabh Pant is still the number 1 keeper for India. He needs to make the most of his chances. While the West Indies series proved to be underwhelming for him, he has started off brilliantly against Sri Lanka,” he concluded.

India took on Sri Lanka in the 1st T20I at Lucknow where the hosts batted first. Ishan Kishan began well and showed some intent right from ball one. On the other hand, Rohit Sharma was happy to play the perfect second fiddle for him. Kishan ended the innings with 56-ball 89. He had 10 fours and 3 sixes.

On the other hand, Shreyas Iyer has promoted up the order in the absence of Suryakumar Yadav and he made the most of the opportunity. Iyer, who had to warm the bench in recent West Indies T20Is, made a mark for himself when he smashed an unbeaten 57 from just 28 deliveries. After Kishan’s knock, he helped India to keep up the run rate and took them close to 200. Chasing a mammoth total, Sri Lanka tumbled in front of some good bowling from the Indian team and as a result, they fell 62 runs short of the target.

Shreyas Iyer continued to smash the bowlers in the second T20I as well. This time, the situation was completely different as India was chasing and the team had lost a couple of wickets. He had a herculean task ahead of him at that time. Initially, he did struggle to time the ball but hung in there until he got freebies. He dispatched them and made sure to keep the scoreboard ticking. With the help of Samson, he rebuilt India’s innings and stood at one end while Jadeja finished the job for the team. Iyer remained unbeaten for the second time in a row and this time, he ended with an unbeaten 74 from just 44 deliveries, helping India to take an unassailable lead in the second match.

India and Sri Lanka will go again for the third and final T20I on Sunday. After the series, the team will battle it out in the two-match Test series. India has already announced the squad for the Tests and they have dropped Cheteshwar Pujara and Ajinkya Rahane for the first time in years. This has certainly opened doors for Shreyas Iyer to grab a permanent spot in the middle order.