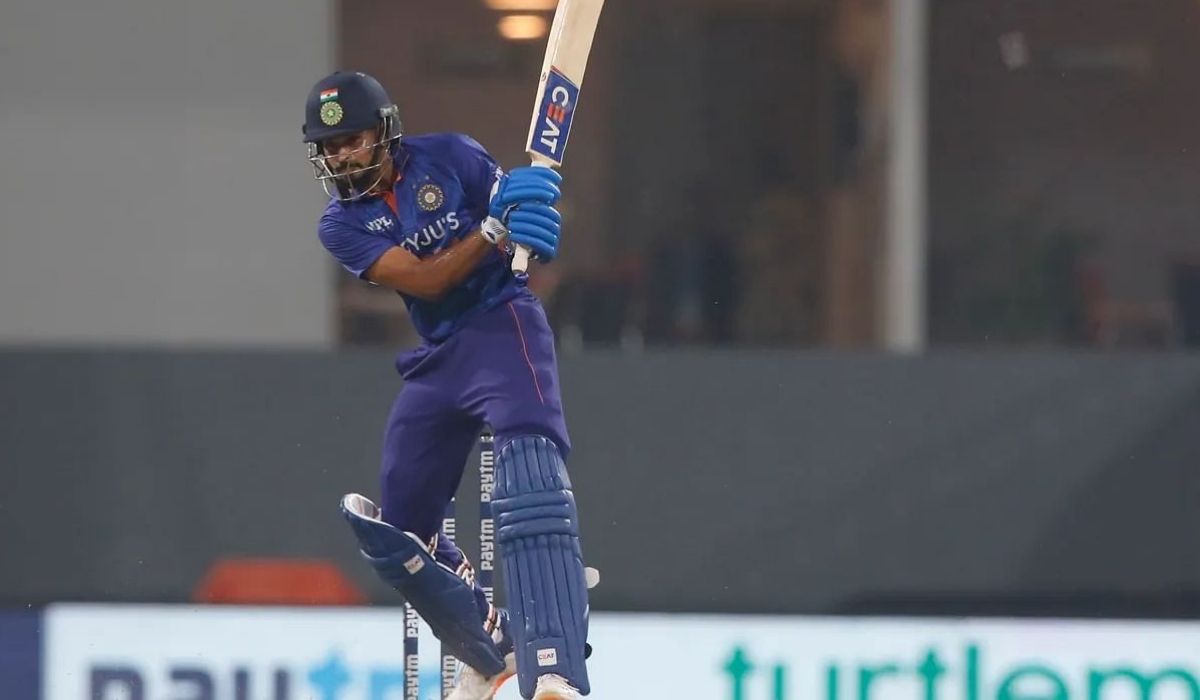 India takes an unassailable 2-0 lead over Sri Lanka, thanks to Shreyas Iyer’s heroics in the middle order. Iyer, who helped India to put up a huge total in the first T20I with an unbeaten 57, had a different job to do here as the team was under pressure when he walked in.

However, the 27-year-old showed some maturity, did some better calculations to keep the scoreboard ticking. He had the support of Sanju Samson at the other end. The wicket-keeper batter took the pressure off Iyer by clearing the boundary thrice and reaching the fence twice. His knock was cut short by Binura Fernando’s blinder at the slip. The batter jumped high, reached the ball with his left end. Even Fernando couldn’t believe that he had taken the catch. Samson walked back after making 39 from just 25.

Iyer’s confidence wasn’t shattered by Samson’s dismissal as he continued to produce runs. When Jadeja joined him, the latter’s role was simple- to find the boundaries and run as quick as possible. Jadeja did exactly the same to ease the scoreboard pressure as he chipped in to make a quick-fire, unbeaten 45 from just 18 deliveries. He had seven fours and a six for his knock and even smashed a boundary in the first ball of the 18th over to take the team home.

Unlike the first T20I, where the top order couldn’t find runs, Sri Lankan batters found it easier to bat in Dharamsala. A flat pitch helped out the batters more. Indian skipper Rohit Sharma also pointed out the same about the track during the toss. He said that he wanted to have a score in front of him as anything in this pitch is chasable. “We just want to have a score in front of us. As the game progresses, it’s gonna get colder and colder, but we’re prepared for that. It doesn’t depend on wins and losses. We’ve been on the road for a long, long time and there are injuries. Players’ welfare is also very, very important. At the same time, we want to give ample chances to the guys making it to the XI first”, Rohit said during the toss.

Pathum Nissanka continued his good form from the Australian series as he led from the front once again. The opener took 53 deliveries, smashed 11 fours to reach 75. He was out there until the 19th over of the match.

At first, Danushka Gunathilaka showed some glimpse of form when he smashed four boundaries and a couple of sixes for his 38. This was the first time in quite a few T20Is that Sri Lanka added a 50-plus stand for the 1st wicket.

After Jadeja dismissed him, It was an easy run for the Indian bowlers in the middle as Asalanka, Mishara, Chandimal didn’t trouble the scoreboard much.

From 67/1, Sri Lanka found itself at 102/4 in the 15th over. When things were going India’s way, Sri Lankan captain Dasun Shanaka took on the Indian bowlers. He scored five sixes and a couple of boundaries for his 19-ball 47*.

With 72 runs coming off the last four overs, Sri Lanka posted a formidable total of 183/5 from their 20 overs.

While the total looked big, it wasn’t a difficult task at this venue. However, India made it worse when they lost Rohit Sharma in the first over. Ishan Kishan didn’t stay long either, he got out for 15-ball 16 in the 6th over. When things were looking bright for Sri Lanka, Samson joined Iyer and spoiled the party for the visitors.

Indian bowlers didn’t enjoy a good day in the field as everyone went over 6 runs in today’s game. Talking about the bowling, he said that it can happen to anyone. “I don’t want to be too harsh on the bowlers. It can happen these days, but we restricted them in the first 15 overs. It was a good pitch to bat on as well. A lot of these guys are talented. They just need an opportunity to express themselves and backing from our side.”

He also appreciated the way Shreyas Iyer and Jadeja showed positive intent right from ball one. “To finish the way they did was really good. Jaddu came and looked positive from ball one and Shreyas as well. We lost a couple of wickets, but we wanted someone to stay till the end. If we need to rotate, we’ll do it.”

India takes an unassailable lead of 2-0 in the three-match series. The third T20I will be played on Sunday at Dharamsala. After the series, both teams will lock horns in Tests.