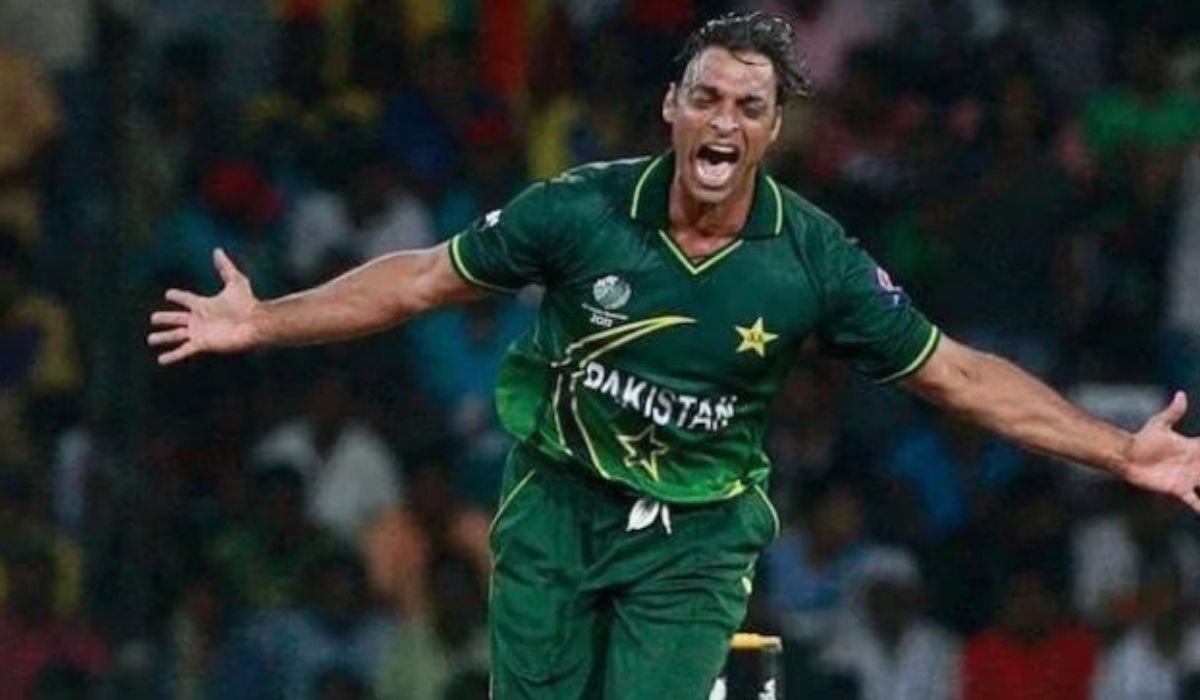 Despite a decline in form, Virat Kohli is one of the most-loved cricketers around the globe, including Pakistan. In the ongoing Pakistan Super League at Gaddafi Stadium in Lahore, a fan was spotted holding a poster of Virat Kohli with a message saying, “I want to see your century in Pakistan”. The image went viral on social media, and it got the attention of many stars of the present and past. One of the cricketers who shared the image is Shoaib Akhtar.

The former Pakistan pacer took to his Twitter handle and shared the image with the caption- “Someone spreading love at the #GaddafiStadium. #PSL7 #Pakistan #ViratKohli” (Sic)

The Tweet was well-received by the pacers’ fans and it has got close to 50 thousand likes. Many fans have agreed to the wordings in the posters while the Indian fans wrote that they want to see Pakistan captain Babar Azam’s ton in India.

It’s been years since either India have travelled to Pakistan or the latter travelled to India for a game of cricket. In fact, the last Test series between the arch-rivals came in 2007. Despite the lack of bilateral series, the teams continued to meet in ICC tournaments. In the ODIs, their last match came in the 2019 World Cup which India won convincingly. In the shortest format, both teams met in the recently concluded T20 World Cup where Pakistan thrashed India for a 10-wicket victory.

Despite being arch-rivals, both countries have cricketers who are well-loved in their country. Kohli has always been one of them. Even in the past, many fans have carried Kohli’s poster asking him to play in the PSL or even visit Pakistan.

Kohli out of the SL series

The last few months were a complete whirlwind in Kohli’s career. He first stepped down from T20I captaincy before being dropped from the position in ODIs. He was subsequently replaced by Rohit Sharma. Kohli continued to captain in Tests and India toured South Africa recently. While the Test series began well with a win, India went down miserably in the last two matches, giving away the series to South Africa. Within 48 hours after losing the series, Kohli announced that he would step down from the Test captaincy as well.

India then played a series against West Indies where Kohli’s form was under the scanner as he managed only 26 runs from three ODIs. The selectors, coach and captain were questioned regarding Kohli’s form but they were all sure that he would bounce back soon.

In the T20Is, he had a half-century to his name and then had asked for a break right before the final T20I. Kohli was awarded the break to leave the bio-bubble.

He was not considered for selection for the upcoming series against Sri Lanka. Rohit Sharma will become the captain of the Test series for the first time in his career.

India will play three T20Is, two Tests against their neighbours starting from February 24. The first T20I will take place in Lucknow while the next two will be in Dharamsala. India then will move to Punjab for Tests.

India have dropped a few of their key players including Ajinkya Rahane and Cheteshwar Pujara in the Test series in order to give opportunities for youngsters.

On the other hand, Sri Lanka had announced their T20I squad on Monday and the team had retained almost all the players who had travelled to Australia recently. The only notable drop from the squad is Bhanuka Rajapaksha. The middle-order batter was dropped on the basis of fitness standards.