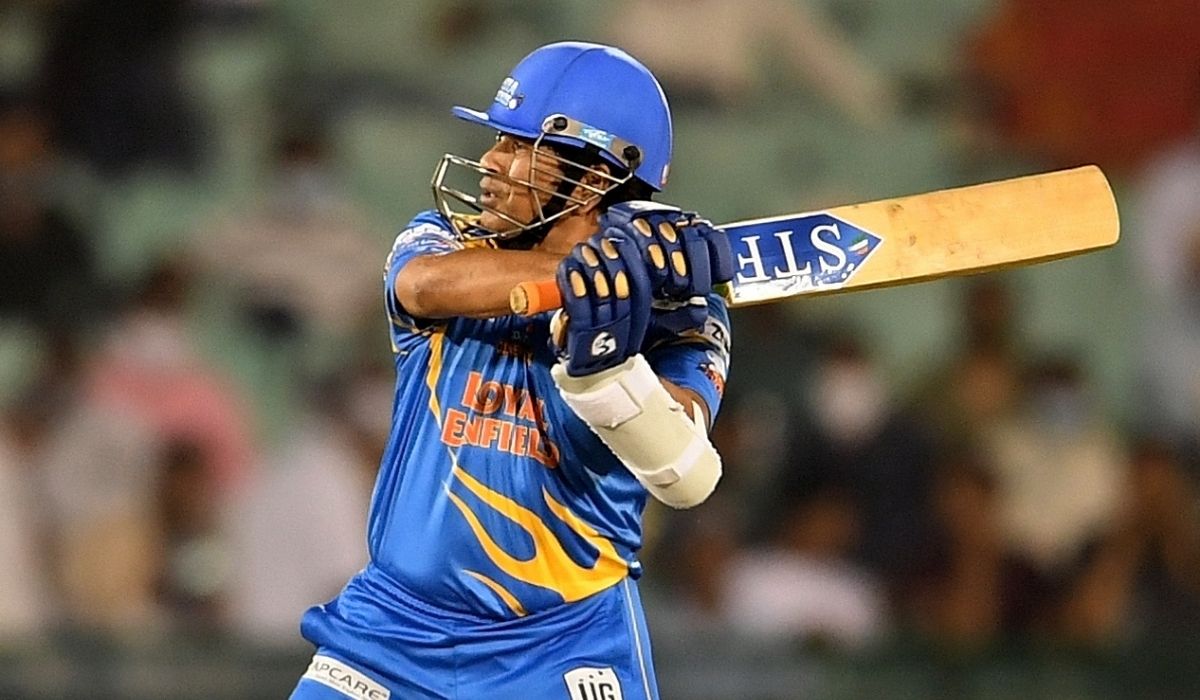 Sachin Tendulkar will be skipping the upcoming edition of the Road Safety World Series. This is shocking news for his fans as they won’t be able to see their star in action this time.

Tendulkar was India’s best performer in the inaugural edition where he led the India Legends to the trophy. However, he won’t be participating in this second edition of the tournament because of the pending payment.

According to reports, A lot of legendary cricketers including Sachin Tendulkar are yet to receive the full payment for the inaugural edition.

Bangladesh Media had recently reported that many Bangladesh legends including Khaled Mahmud, Khaled Mashud, Mehrab Hossain, Rajin Saleh, Hannan Sarkar, and Nafees Iqbal, who had participated in the first edition, haven’t been paid any amount of money so far.

The Indian superstar Sachin Tendulkar, who was also the brand ambassador for the first edition of the tournament, had decided to disassociate himself because of the same reason.

While Tendulkar was the brand ambassador, the Indian legend Sunil Gavaskar was the commissioner of the event.

The second edition is to begin in March 2022

A source close to developments recently confirmed PTI on conditions of anonymity that Sachin won’t be a part of the 2nd edition. The person also confirmed the dates for the tournament. The second edition of the tournament will take place in the UAE from March 1st to March 19th.

“Yes, Sachin is among many cricketers who took part in the tournament, who haven’t been paid by the organizers. And one needs to get in touch with a Ravi Gaikwad, who was the premier organizer,” the source added.

Along with Sachin Tendulkar, the first edition also witnessed stars like Yuvraj Singh, Brian Lara, Yusuf Pathan, Virender Sehwag, Tillakaratne Dilshan among others. While Tendulkar had opted out of the tournament, there is no information regarding other legendary players. Considering they might also back out, the future of the tournament is currently uncertain.

Fans can still see a few of the former Indian players in action as they return to the cricket field for Legends League Cricket.

India Legends and West Indies Legends played the inaugural match which India Legends won convincingly. Right after four matches into the tournament, it got postponed indefinitely because of the global pandemic.

When the normality resumed in early 2021, the officials had decided to continue the tournament from where they had left off in 2020 instead of starting afresh. However, it was played behind the doors with no fans.

Australia Legends had to opt out of the tournament because of the COVID19 travel restriction. Thus, the tournament went ahead with six teams, and the top four teams made it to the knock-outs.

India Legends finished on the top of the table with five wins. En route to the final, their only loss came against England Legends. The team then went on to lift the trophy by defeating Sri Lanka Legends in the final. The likes of Virender Sehwag, Yuvraj Singh, Irfan Pathan, Yusuf Pathan, Zaheer Khan, and others had turned up for the final.

Sachin Tendulkar returned as the top scorer for India with 233 runs with two half-centuries while striking at 138.69. Tillakaratne Dilshan ended as the top run-scorer as well as top wicket-taker of the tournament with 271 runs and 12 wickets respectively. Upul Tharanga finished second in the leading run-scorers list while Yusuf Pathan had second-most wickets with nine to his name.