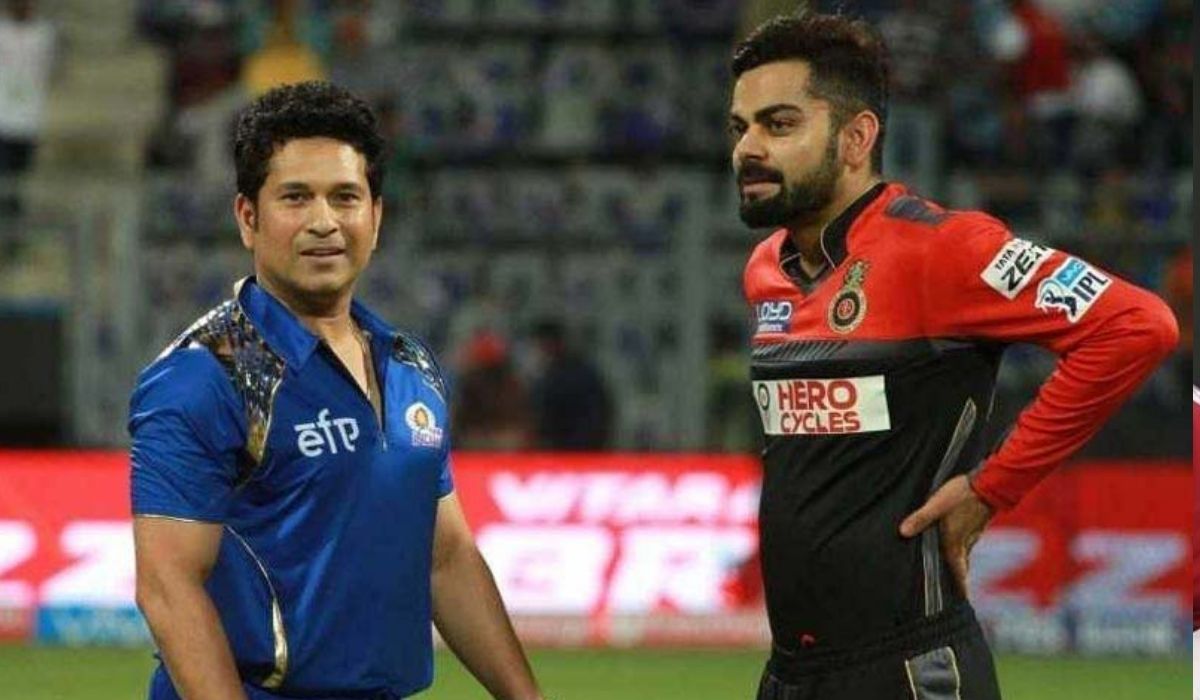 Virat Kohli broke two big records on Wednesday during the first ODI against South Africa at Boland Park in Paarl. When he came out to bat in the second innings, Virat Kohli needed just 11 runs to go past the record for most runs by an Indian in the away ODI matches. Kohli subsequently went past that record.

Kohli now leads the list among the Indians with 5108 runs from his 108 matches while Sachin Tendulkar comes in next with 5065 runs in 147 matches. The Delhiite and Tendulkar are the two Indian players with more than 5000 runs on that list. Third on that list is MS Dhoni with 4520 runs followed by Rahul Dravid and Sourav Ganguly.

During his half-century on Wednesday, Kohli went past Ricky Ponting’s tally as well, and currently, he sits at the second spot with only Kumar Sangakkara ahead of him.

Despite not scoring a ton in two years, Kohli sits right at the top in the list of most number of away centuries. He has scored 20 hundred, eight more than Sachin Tendulkar’s tally when it comes to overseas century. AB de Villiers comes in next with 11 centuries while Ricky Ponting and Kumar Sangakkara have 10 each.

Most runs in Away ODIs- Overall

Most runs in Away ODIs- Indians

On Wednesday, Kohli also moved big in the list of most runs against South Africa in men’s ODIs. The tally which is owned by Sachin Tendulkar overall, saw Kohli jump a couple of places to take the second spot among Indians.

When he reached 27 on Wednesday, Kohli went past former Sourav Ganguly and Rahul Dravid for most runs scored against South Africa. In the overall list, he is the current sixth-leading run-scorer against the Proteas only behind Sachin Tendulkar (2,001), Ricky Ponting (1,879), Sangakkara (1,789), Steve Waugh (1,581), and Shivnarine Chanderpaul (1,559).

India goes down to South Africa

Days after relinquishing from captaincy in all formats, Kohli played his first match as a non-captain in more than 1000-plus days. Kohli had stepped down from T20Is in the December month before being replaced by Rohit Sharma as captain in ODIs.

Merely 12 hours after the series loss against South Africa, Kohli shook everyone by stepping down from the Test captaincy. He took to social media to share a big note announcing his decision.

Kohli came into bat within ten overs during the second innings at Boland Park. Chasing 297 to win, India lost their stand-in skipper KL Rahul in the ninth over for just 12 runs.

Joining the forces with Shikhar Dhawan, Kohli began to build the innings with care. The experienced duo added 92 runs for the third wicket. Dhawan dominated the partnership while Kohli was glad to play the perfect second fiddle.

Dhawan went for a well-made 84-ball 79. Kohli, who got to his yet another fifty, looked good for a big score. However, Tabraiz Shamsi turned the plot as he found the top edge of Kohli. The latter had to walk back after making 51.

India, who looked on top when Dhawan-Kohli were going strong, went down like dominoes as South Africa ran through the batting order. Shardul Thakur gave a glimpse of hope for the visitors with his aggressive half-century but was left stranded at one end. He remained unbeaten on 43-ball 50. India managed only 265/8 in their 50 overs, giving away a 31-run win for the hosts.

Earlier, a brilliant ton from the skipper Temba Bavuma and Rassie van der Dussen helped South Africa to get to an above-par total of 296 in their fifty overs. India handed the debut cap to Venkatesh Iyer while R Ashwin made a return to the ODI format. India’s vice-captain Jasprit Bumrah was the pick of the bowlers with two wickets while giving away 48 runs.

This marks India’s third consecutive loss against South Africa across formats. They had lost the final two matches of the Test series to lose it by 2-1. India now will look to level the ODI series tomorrow (Friday) as both teams will lock horns at Boland Park once again.