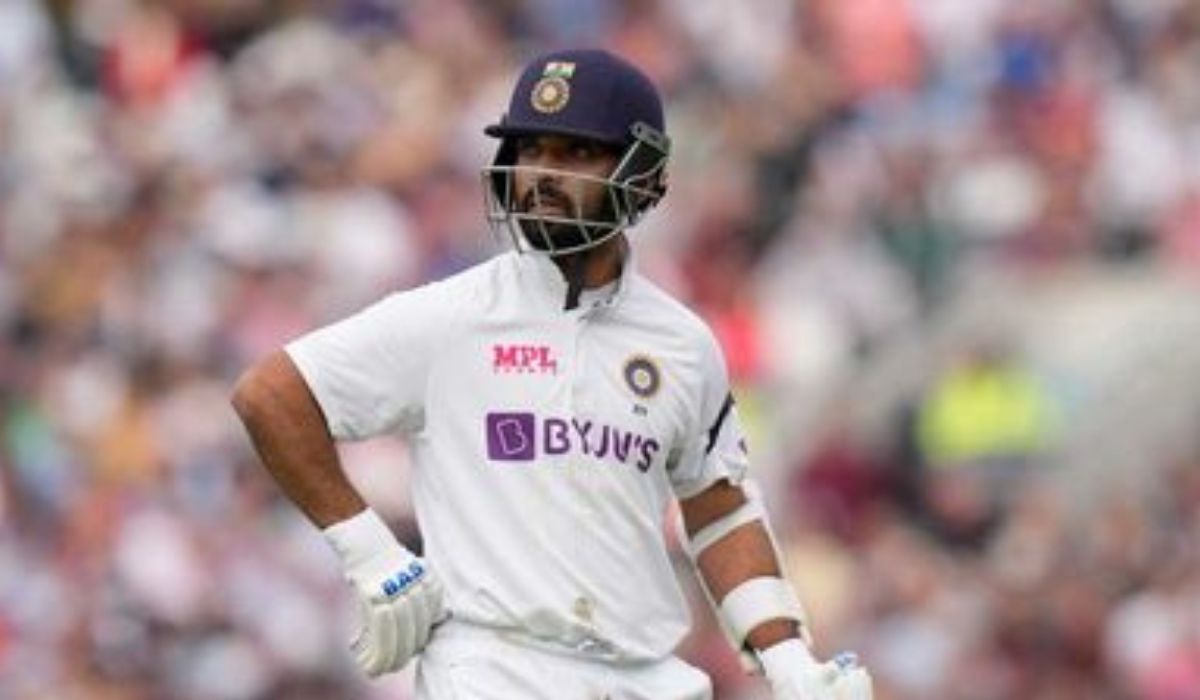 Twitter had a field day as Ajinkya Rahane faced yet another failure. This time, it was the second innings of the final Test against South Africa in Cape Town.

The senior batter, who showed a glimpse of form in the Johannesburg Test, was expected to stand up for the team on Day three of the final Test. However, he did little to repay the faith and survived just nine deliveries for his one run.

India began their hunt to set a big target on Day three with Pujara and Kohli at the crease. Things went downside when Pujara got out in the second delivery of the day.

In the very next over, Rahane got an absolute humdinger from Kagiso Rabada. The delivery had a surprise lift after kissing the pitch and pushed Rahane to an awkward position.

The wicket-keeper Kyle Verreynne flew towards his left and almost had it. As he lobbed it up, skipper Dean Elgar was at the right spot in the right moment to finish the dismissal.

Everything happened in a whisker that umpire had a tough time making a decision instantly. In the end, he went with not out. A confident South African team went for the review straight away.

As the replays showed that the ball had hit the gloves, Rahane had no choice but to walk back in what could be his final Test for a long time to come, considering the bench strength of the current Indian team.

The fans wasted no time to come up with hilarious memes as ‘Thank You Rahane’ began to trend.

Here are a few memes-

After winning the first Test and taking a massive hit in the second, India batted first in the deciding Test at Cape Town.

The Indian openers fell after facing 35 deliveries each which allowed Cheteshwar Pujara and Virat Kohli to join hands. The duo added 62 runs for the 3rd wicket, a partnership dominated by Pujara, who contributed 41.

The senior batter got out after making 43 from 77 whereas, Kohli continued to play the anchor role despite losing multiple partners at the other end.

The Indian skipper, who had missed the second Test due to back injury, looked comfortable in the middle, and when one thought that #71 was on its way, Rabada messed up with Kohli’s mind and made him reach a shorter, outside-off delivery. All Kohli could manage was a thin edge and the keeper Kyle Verreynne completed a simple catch.

After his dismissal, the Indian lower middle order failed once again as the team fell from 167 for 5 to 223 all out. Rahane made just nine.

South Africa fell prey to Jasprit Bumrah’s magic as the Indian pacer ran through the batting order and returned with a fifer. The other two pacers- Umesh Yadav and Mohammad Shami- played the supportive role very well and had two wickets apiece. The hosts fell for just 210 in their first innings.

After losing a couple of early wickets on Day three, India fought back well, thanks to a quickfire half-century from Rishabh Pant, as India went in for the lunch with the upper hand on Day three. At lunch, India was 130/4 in 43.0 overs with Kohli on 28 and Panton 51.

Though India had tasted more success in the longest format of the game, the form of Ajinkya Rahane and Cheteshwar Pujara has been a concern for a long time now.

Since the beginning of 2020, Rahane’s form has been abysmal, and he has crossed the triple-figure mark only once during this period. His last hundred came at Melbourne in 2020, the famous Boxing Day Test.

Compared to other years, Rahane’s average in 2021 and 2022 are the worst in his career. Despite playing most matches of his career in 2021, Rahane had managed to score only 479 runs from his 23 innings with a 20.82 average and 67 as his best. He had only a couple of fifties during this period, both came against England, one at Chennai and the other at Lord’s.

Before the beginning of the South Africa tour, Rahane did return to domestic cricket, captained Mumbai, and played all five matches in the Syed Mushtaq Ali Trophy.

He returned with 286 runs and had four half-centuries while striking at 133.64 with an average close to 58.

However, he couldn’t carry that form into this series as he ends the South Africa tour with 136 runs with an average of 22.66 and the best of 58.

With more, younger, and in-form players at the bench, Rahane might be shown the doors for at least a few matches, if not, permanently. Either way, with Ranji Trophy being postponed, it could be a long wait for him.