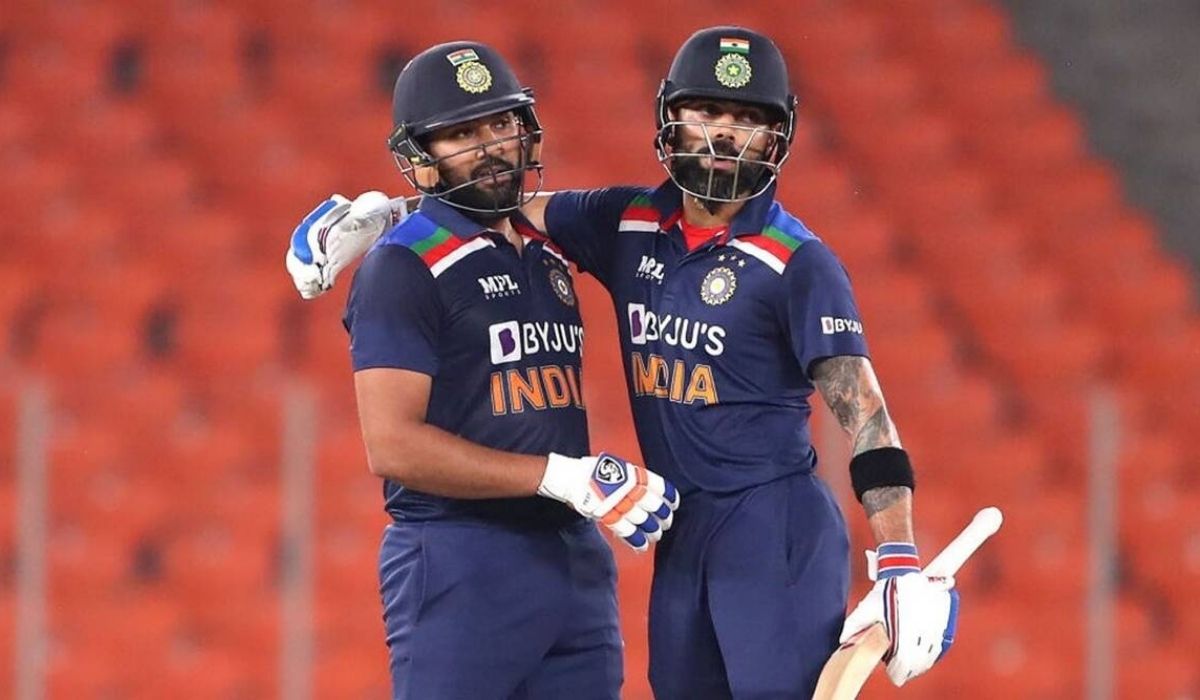 Indian captain Rohit Sharma asked the media to keep quiet when he was questioned about the form of Indian batter Virat Kohli.

Ahead of the first T20I between India and West Indies, Rohit Sharma attended a press conference where he received a question regarding the form of Virat Kohli.

The former Indian captain, who is yet to score an international ton since 2019, was the centre of the topic in the press conference on Tuesday. When a reporter asked Sharma about Kohli’s mental space and the role of captain, coach in taking care of it, Sharma snapped back at the reporter asking him to keep quiet. He also added that Kohli is in great mental space.

“I think it starts with you guys”, Sharma told the reporters at the presser. Adding more in support of the Indian batter, he said, “If you guys (media) can keep quiet for a while, everything will be alright. If talking from your side stops, everything will be taken care of.”

Virat Kohli has been India’s main man for more than a decade now. Until 2019, he was scoring hundreds for fun and it was more like bread and butter for the former Indian captain. However, since 2019, Kohli couldn’t get to the triple-figure mark across formats. He even scored 10 fifties in the interim but couldn’t convert any of it.

His form became the most talked-about topic when the Indian top-order batter got out cheaply in the ODI series against West Indies. Kohli even made a two-ball duck in the final ODI and had 8 and 18 prior to that. It was the first time in 80 months that Kohli couldn’t make a fifty in an ODI series.

While the fans were concerned about it, Indian batting coach Vikram Rathour assured everyone that he wasn’t going through any lean patch.

India batting coach Vikram Rathour Kohli though says Kohli has been doing well in the nets. “I don’t think he’s going through a lean phase. I understand he had a poor series against the West Indies (in ODIs) but no conversation as such,” Rathour said on Monday.

He also added that Kohli was batting well in the nets and is certain that those preparations would bring him back among runs.

Stressing that Kohli is doing well, Rathour said, “He’s batting really well in the nets and the kind of preparation he’s putting in. We are waiting for… I’m certain that in one of these innings he will be back among runs.”

Despite Kohli’s slim run, India had a good ODI series against West Indies where they went on to win by 3-0. Now, India and West Indies will be moving from Ahmedabad to Kolkata where they will play three-match T20I series.

Ahead of the series, Kohli was the first to hit the nets to take throwdowns. He was seen batting from both sides with the help of Indian support staff before heading to the drill.

Earlier in the press conference, India confirmed that Rishabh Pant will be the vice-captain for the series in the absence of KL Rahul. This will Pant’s first official duty as Rohit’s deputy in international cricket. KL Rahul, who has picked up an injury recently, will miss the series along with Axar Patel and Washington Sundar. India had earlier added Ruturaj Gaikwad and Deepak Hooda to the T20I squad as replacements for injured KL Rahul and Axar Patel.

On the other hand, the Board had recently announced Kuldeep Yadav as the replacement for injured Sundar. This will be Kuldeep Yadav’s first stint in the format since the three-match T20I series against Sri Lanka last year.