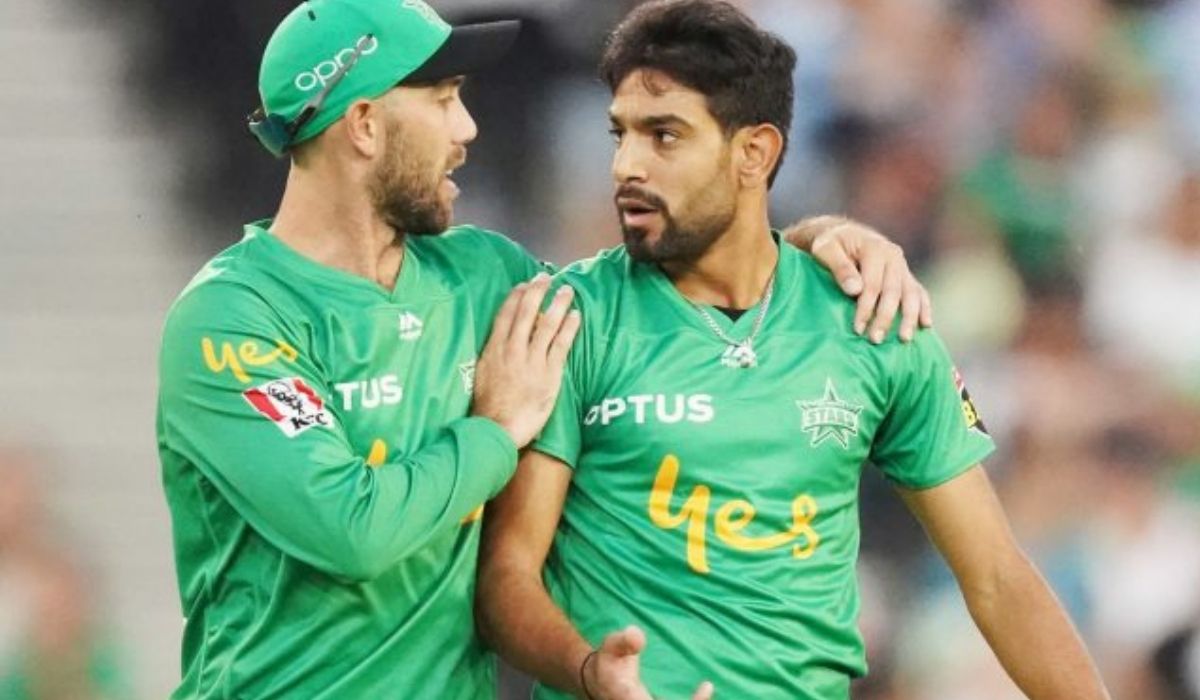 The incident took place in the second over of the Peshawar Zalmi’s innings. The Haris Rauf’s over witnessed Hazratullah Zazai hitting one directly to Kamran Ghulam while trying to clear the field on the leg side. However, Ghulam had dropped an easy chance which left Rauf frustrated.

A few deliveries later, Rauf got the better of Zazai, and he was seen celebrating. His teammates ran in to congratulate him, and Ghulam was one of them. Rauf did not let go of his earlier frustration and slapped his teammate.

The video went viral on social media and had Twitter separated. While Ghulam had a brave face and laughed it out, Rauf’s action invited a lot of wrath on social media. Many fans did not enjoy the pacer’s action and called him out for the same.

“He should apologise. This attitude is not tolerable,” a Twitter user commented.

“There is a limit to frustration”, said another user.

“What is this behaviour?” questioned another.

However, Rauf’s fans quickly jumped in to say that the cricketers are friends and they know better.

“Haris Rauf indeed reacted a bit too much but good to see him hugging Kamran Ghulam later! Nevertheless you can expect such moments between two very good friends!”, a reporter commented.

“It wasn’t deliberately! Haris Rauf and Kamran Ghulam are two best friends and both have hugged each other to settle the matter,” a Twitter user said.

Notably, Rauf was later seen giving a hug to Ghulam when the latter completed a run-out.

Meanwhile, Zazai was Rauf’s only victim as the pacer ended the day with 1/36 as Zalmi made 158 from their 20 overs. Chasing the same, Qalandars lost Fakhar Zaman early to Shoaib Malik but the top order chipped in to keep the scoreboard ticking. Still, the team needed a special kind of effort from their captain Shaheen Afridi to take it to the super over. He blasted 23 runs off the final over to take the match to the super over.

However, Zalmi bounced back in the super over as Wahab Riaz gave away just five runs. Shoaib Malik needed just two deliveries to finish off the match. Despite a loss, Qalandars have comfortably made it to the next round of the tournament.

Match Referee has warned Haris Rauf for the ‘Slap Gate’ reaction immediately right after the match. However, no action was taken on him as it was considered as Ghulam did not react to it and had decided to let it go.

According to the official release, the match referee has decided to let him go with a warning. “No serious action was taken”.

Meanwhile, Lahore Qalandars will meet league leaders Multan Sultans on Wednesday for a place in the final. Qalandars, led by Shaheen Afridi, had their best-ever PSL finish as they ended the league stage in the second spot, just below Mohammad Rizwan’s Multan Sultans. As a result, the team has gifted themselves an extra opportunity to make it to the final.

On the other hand, the super over victory has helped Zalmi to stay in the competition. The team will meet Islamabad United on Thursday in an eliminator. The next day, the winner of that match will face the loser of the Sultans-Qalandars clash. The Grand final of the tournament will be played on Sunday.