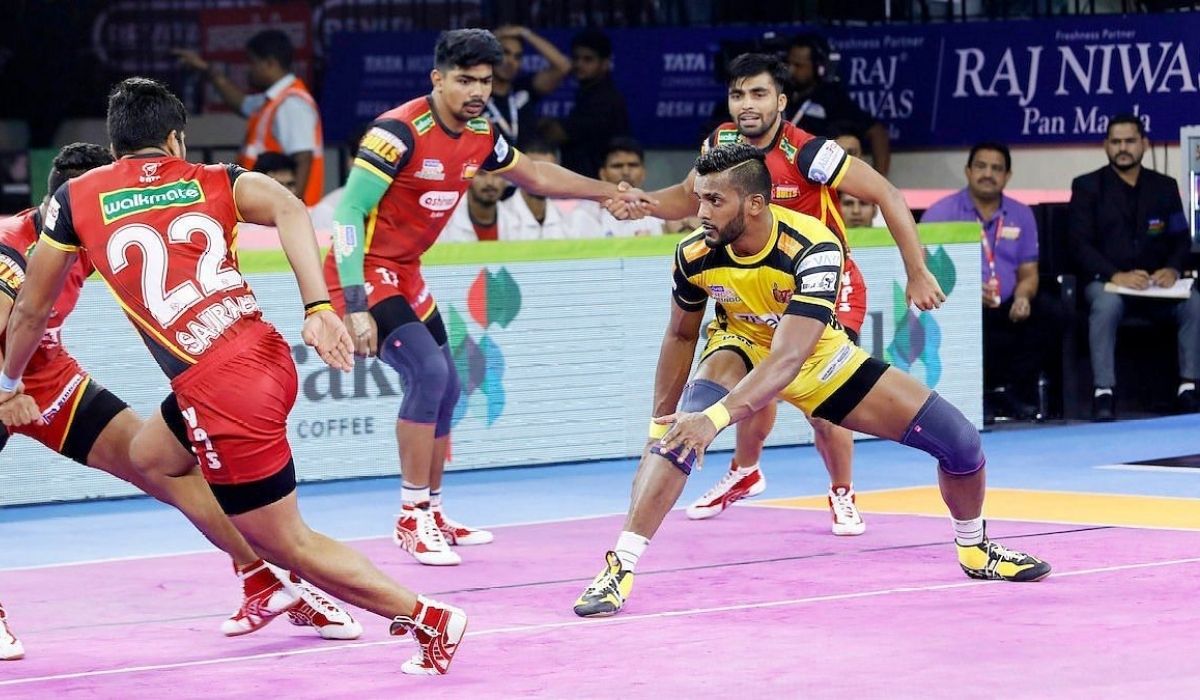 Telugu Titans tried to make a comeback in the second half of the game, defender Akash Choudhary completed his High 5 and reduced the points gap to 5 points. In the second half, Pawan Shehrawat spent most of his time in the dugout but, the raid points from Deepak Narwal in the last minutes helped Bengaluru Bulls, and eventually, the match ended in the favor of Bengaluru Bulls with a scoreline of 36-31.

Pawan Sehrawat completed the 180 raid points mark in the PKL season 8 tonight by scoring 12 raid points, and he received great support from Bharat who scored 7 raid points for the Bengaluru Bulls. On the other hand, Rakesh Gowda, Adarsh, and Ankit managed to score 15 raid points for Telugu.