Home » Cricket » Not my job, speak to selectors: Virat Kohli on Pujara-Rahane future in Tests 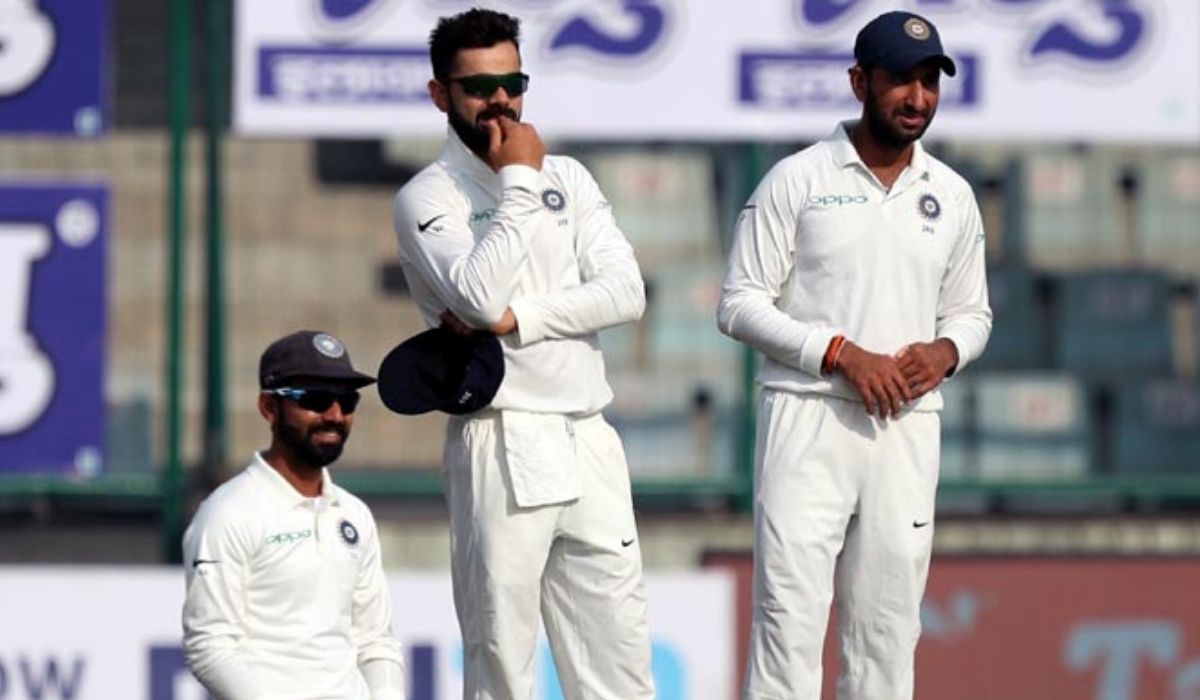 Team India’s quest for an away Test series win against South Africa Men’s team continues, as the visitors suffered a seven-wicket defeat in Cape Town. This was the second time the team had ended on the wrong side of the result in the series.

After an inspiring win in the first Test at Centurion, the Indian team couldn’t keep up the momentum as hosts made an astonishing comeback to win the last two Tests, eventually grabbing the series 2-1.

Both batted in all six innings and managed only 124 at 20.66 and 136 at 22.66 respectively. In fact, Pujara-Rahane’s position in the Indian team is under the scanner for a long time now. Though both players had played a few match-winning knocks in recent times, their consistency is one of the main concerns for the Indian team.

Pujara’s average has been terrible in recent years with the numbers 20.37, 28.08, 27 in the last three years respectively. While his main crisis has been converting his fifties to triple-figure mark, Rahane had failed even to reach half-centuries and has scored only three of them–excluding his Boxing Day Test Hundred– in his recent 19 matches or simply in the past three years.

With many youngsters with a better first-class record in the past two years warming the bench, Indian men’s team skipper Virat Kohli was questioned about the experienced duo’s position in the team and also, their future.

He began the post-match presentation by acknowledging the batting failure. “Obviously the batting.. it has let us down in the last two games when we needed to step up. And there is no running away from that,” Kohli said.

He then addressed the question about Pujara-Rahane’s future, said that it is not his job but the selectors’. “I can’t sit here and talk about what’s going to happen in the future (the future of Rahane and Pujara). That’s not for me to sit here and discuss. You would probably have to speak to selectors on what they have in mind because this is not my job,” Kohli added.

“Will continue to back Cheteshwar and Ajinkya”

“As I said before and I will say again, we will continue to back Cheteshwar and Ajinkya because of the kind of players they are and what they’ve done in Test cricket in India over the years.”

The Indian skipper backed the experienced batters by adding that they had played crucial knocks in the second Test of the series.

“They played crucial knocks in the second Test as well. You saw that partnership in the second innings which got us to a total that we could fight for. These are the kind of performances we recognize as a team. What the selectors have in mind or what they decide to do, I cannot comment on that at this moment, sitting here,” the Indian skipper added.

Kohli then went on to talk about Rishabh Pant’s hundred saying that it was a high-quality knock.

“It was a high-quality knock. That’s the talent he possesses and we understand the quality he has. He is a special talent and can do special things,” he said.

Talking about the result and how the team feels about it, he said that it was disappointing but is a part of the sport and they have to accept and move on.

“We are certainly very disappointed as it’s a natural part of the sport, especially for a team that’s so driven and believes we can win anywhere in the world. Having done that, it’s even more disappointing not to get the result we wanted. That’s part of the sport. Accept and move on.

India will return to the shorter format of the game and will meet South Africa in a three-match ODI series beginning from 19th January at Boland Park. KL Rahul will lead the Indian team as the newly-appointed captain Rohit Sharma has been ruled out of the series.

When asked about the ODI series, Kohli said that he cannot speak from others’ perspectives.

“I can talk from a player’s point of view…Driven and motivated to perform in the ODI series. I don’t think we will take this into ODIs”, he concluded.