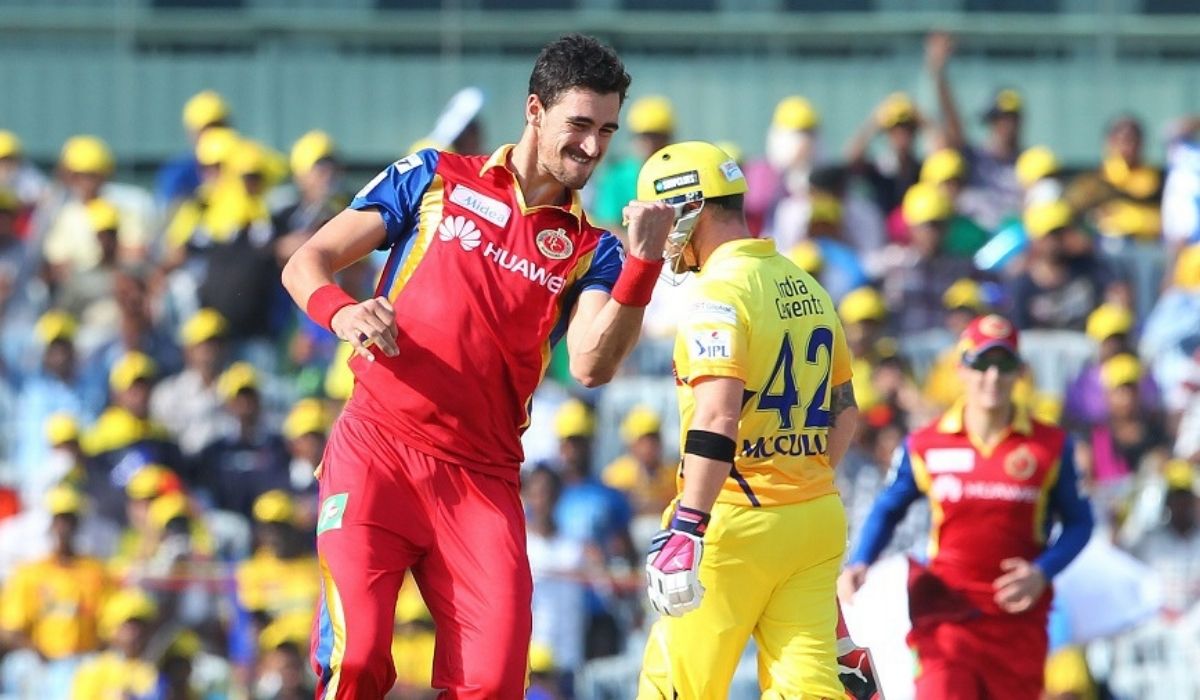 Mitchell Starc is one of the biggest names to miss out on the upcoming season of the IPL. The Australian pacer, who had his name in the auction list earlier, had to pull out of the season at the last moment because of the bio-bubble rules. Starc said that he didn’t want to stay in the bio-bubble for 22 weeks.

Starc, who had won the Allan Border medal, Australia’s top honor at Cricket Australia (CA) Awards, said that he was very close to entering the auction.

“I was a click of the button away from entering the auction but personally didn’t want to spend 22 more weeks in a bubble,” Starc said on Saturday.

“They’ll be a time where I’d love to go back to the IPL but in terms of wanting to play as much as I can for Australia that’s a decision I’ve done for a while,” he was quoted as saying by ESPN.in.

Despite being around for a while now, Starc has featured in only two seasons of the IPL. Royal Challengers Bangalore bought him for INR 5 Crores in the 2014 auction. Later, he became their main bowler for a couple of seasons bagging 37 wickets in 27 matches before parting ways with the franchise in order to look after his international career.

However, a year later, he entered the auction once again and went for a whopping price of INR 9.40 crore to Kolkata Knight Riders. He was supposed to join hands with his friend and bowling coach Mitchell Johnson at the franchise and was supposed to lead the bowling attack of the team. An injury he had picked up in South Africa a few weeks right before the tournament ruled him out for the season.

Ahead of the IPL 2018 mega auction, Kolkata Knight Riders had to let him go. Once again, Starc pulled out of the auction at the last moment as he was concerned about his body and the stress applied to his bones.

He didn’t enter the auction for a couple of seasons and was all set to get back to the IPL in 2022. However, once again, right before the auction, he had decided to skip the tournament.

“I didn’t want to play cricket at all”

Last year was one of the toughest seasons for the pacer. His place in the team was questioned as he kept leaking runs and rarely picked up wickets. He had a below-par performance against India where he had just 11 wickets at 40.72. He was heavily criticized for his performances in the T20 World Cup as well. Though he was good, it wasn’t up to his calibre, the standard he had set for himself over the years.

Starc ended the tournament as the leading wicket-taker for Australia with 24 scalps at an 8.32 economy rate but was the main villain for the team in the final. He leaked 60 runs without taking a wicket.

Talking about his below-par performance during the medal ceremony, Starc said that the last year was particularly tough.

“Obviously last year was particularly tough on and off the field,” he said.

Starc wanted to quit cricket as his father’s battle with cancer took a toll on him. Starc had to pull out of the 2nd and 3rd match T20I series against India citing “family illness” as the reason. Later, had withdrawn from the NSW Blues Sheffield Shield match against Victoria. Alyssa Healy, Australian keeper and Starc’s wife, also withdrew from her WNCL match during that time.

Months after his below-par performance in the T20 World Cup Final, Starc found his mojo at the right time before the Ashes. The pacer ended as the 2nd leading wicket-taker of the series with 18 scalps to his name and also made significant contributions with the bat.

Starc, who had helped out the women cricketers during the Test match against India, was seen among the crowd for the Women’s Ashes Test at the Manuka Oval.

He will begin his preparations shortly for the T20I series against Sri Lanka in mid-February before touring Pakistan in March.