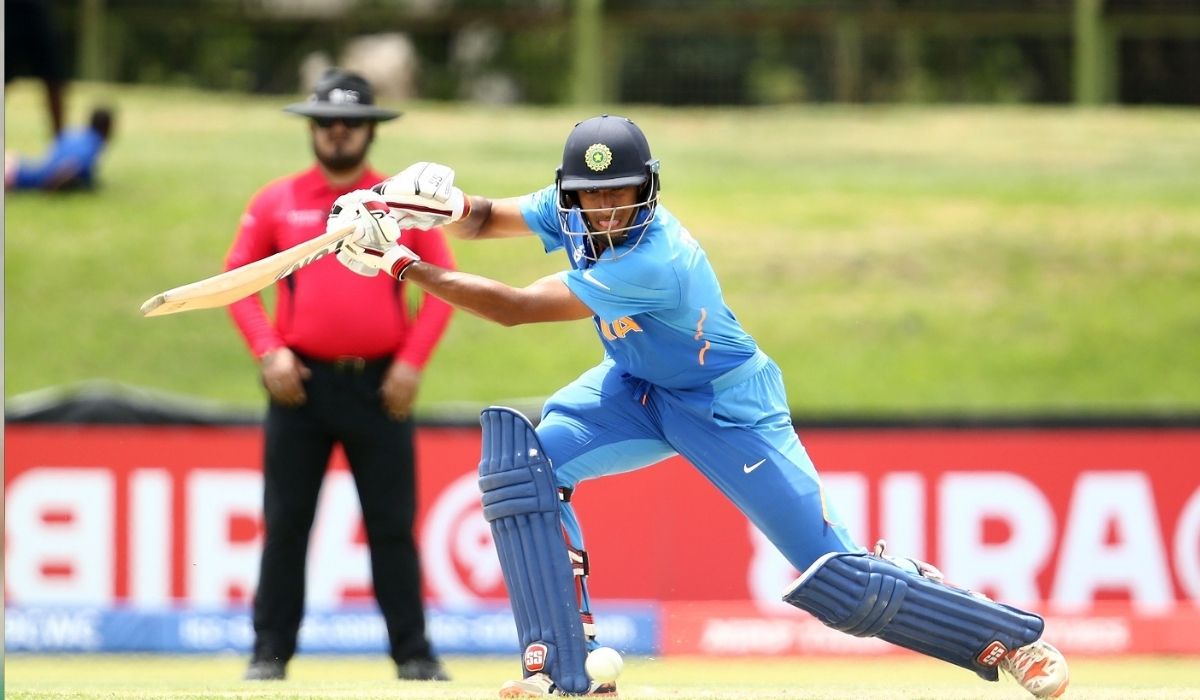 Mumbai Indians went all-in during this mega auction to gather some of the young talents in their team. One such talent is Tilak Varma. The Hyderabadi teenager will don Blue for the upcoming season and he is already dreaming of playing against the five-time champions’ arch-rivals Chennai Super Kings.

“I think that would be CSK. I have admired MS Dhoni and Ravindra Jadeja for a long time. So doing well and winning a match for MI against them will give me great confidence,” he said as quoted by Mumbai Indians’ official website.

‘Dream of mine since childhood to play for MI one day’

Tilak Verma also added that it is his dream since childhood to play for Mumbai Indians. He also had mentioned that he grew up watching Sachin Tendulkar and Rohit Sharma play.

“I have watched Sachin [Tendulkar] sir and Rohit [Sharma] bhai a lot while I was growing up and it has been a dream of mine since childhood to play for MI one day”.

He said that he had always loved the way Mumbai Indians have bounced back from tough situations and had always found a way to win. This had motivated him.

“MI also has this unique spirit of bouncing back from tough situations. Whenever it felt like they would lose a game, the team always found a way to win. I then felt that there was something different about this team and it always motivated me,” he explained.

Mumbai bagged him keeping the number three spot in the mind. After letting Quinton de Kock go, Ishan Kishan will open the innings for Mumbai alongside Rohit Sharma. Tilak Varma, who is a specialist at that spot, is likely to feature from game one for the team.

“I’m eager to get started as soon as possible. MI also has this unique spirit of bouncing back from tough situations,” he added.

Shocking to get a call from Akash Ambani: Tilak Varma

“I was with my Ranji team when it happened. After hearing this news all my teammates were very happy and started dancing. After the auction, Ambani sir (Akash Ambani) called me. It was quite shocking for me that I got a call from Ambani sir.”

At Mumbai Indians, he will be rubbing shoulders with some of the biggest names in the cricketing world. Reacting to the same, he said that it would be a learning process for him and he has no idea how he would react when he meets Sachin Tendulkar.

“It was a dream come true for me to (get a chance to) play along with some stalwarts of Indian cricket. Rohit Sharma bhai is one of the best in the World. They also have the best finisher in Kiren Pollard. And above all, Sachin sir is there.

“Since childhood, I have been watching him, I don’t know how I will react when I meet him. They have some legends of the game. So for me, it will be a learning process. I am eagerly waiting to play with the team,” he said.

Varma came under the limelight during the 2020 U19 World Cup, where the Indian team finished as runners-up after losing to Bangladesh in the final. Varma played two matches and scored 38 and 48.

He also has represented Hyderabad in senior cricket and in the Vijay Hazare Trophy, he registered 180 runs including a match-winning knock of 139. He also bagged a four-wicket haul against Haryana.

He did well in the Syed Mushtaq Ali trophy as well where he had 215 runs in seven games at a strike rate of 147.26.