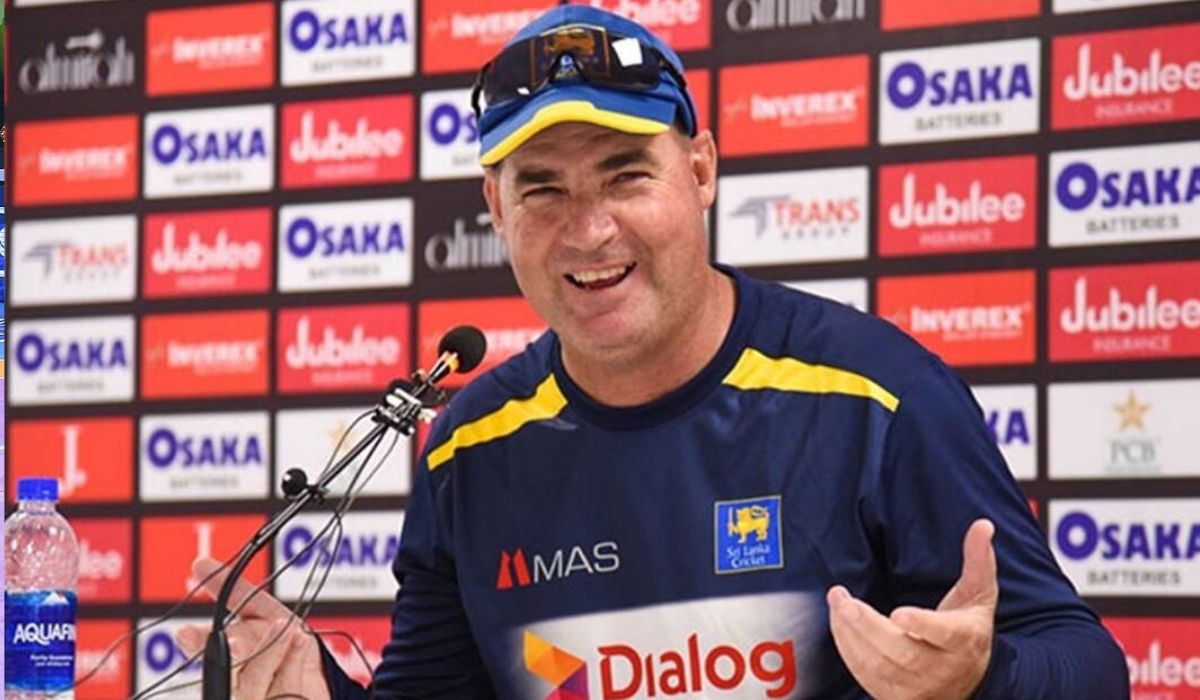 For the past couple of years, England’s performance in Test cricket has been under the scanner. The biggest elephant in the room has been their batting performance as none of them, other than Joe Root, are among runs. While they are the force to reckon with in white-ball cricket since their early exit in the 2015 World Cup, they couldn’t win matches when it comes to the longest format. Their recent win came against India in 2021 in Chennai but they went on to lose other Tests and eventually the series.

Their dismal show continued against Australia as well in the recently concluded Ashes, which had become a heated topic. Many have slammed the management and Joe Root for the 4-0 loss against Australia. This also led to the departure of England head coach Chris Silverwood and batting coach Graham Thorpe. Joe Root’s captaincy was debated as well but in the end, he was retained for the captaincy position.

Arthur, who is currently serving as the head coach of the English County side Derbyshire, spoke about the England cricket team’s current form and said that the county cricket shouldn’t be blamed for the poor show. He also suggested the board stop players from heading to the Indian Premier League and blamed the IPL as the main reason for England’s downfall in the format.

“England haven’t scored enough runs. It’s as simple as that. If you want to lay the blame, you can lay it right there. County cricket isn’t to blame,” Arthur told The Times.

‘Unfortunately, you are going to have to stop the players from going to the IPL’

The former Sri Lankan coach also stressed that County cricket has produced many star players in international cricket over the years and there is no problem with the system.

“For so long county cricket has been a really good producer of international players. I don’t think there’s a problem with the system … If you want the strength early season, unfortunately, you are going to have to stop the players from going to the IPL,” he said.

Over the years, England Cricket Board has been sending more international players to participate in the cash-rich league. As many as 24 players had registered for the IPL 2022 Mega Auction and 11 England players were selected in the auction.

Last year, ahead of the New Zealand Tests, England went to an extent to rest the players who had an IPL contract. Thus, the players like Jonny Bairstow, Ben Stokes, Jos Buttler, Sam Curran were left out of the squad. It didn’t go well for the team as they were destroyed by the visiting Kiwis.

Apart from that, most of the England cricketers miss the County Championship because of the IPL or they prefer the shorter format of the game. This certainly has affected the form of the team.

Pointing out how players prefer IPL over the long format, “They are playing there in the early part of the season just before the first tests. You need your best players playing county cricket to prepare for that,” Arthur added.

This year, many England cricketers have decided to withdraw their names from the auction in order to concentrate on Test cricket. Some of the main players like Ben Stokes, Chris Woakes will not feature in the IPL 2022.

Joe Root, who initially wanted to participate in the cash-rich league, withdrew his name because of the abysmal show by the team. Root went unsold in the 2018 auction and since then, he hasn’t returned to the

IPL. Earlier this year, he had hinted that he would love to throw his name in the mega auction.

However, things didn’t go his way as England failed to put up a show against Australia in the Ashes and returned with 0-4, marking England’s 15th consecutive Test match without a win.

Talking during the presser, Root said that he ”will keep sacrificing as much he can” in order to rebuild the England Test team.

“There’s a lot that we need to do for this team, which deserves all of my energy. I’ll keep sacrificing as much as I can because I care so much about Test cricket in our country and trying to get us to where we want to be,” the England skipper said at that time.