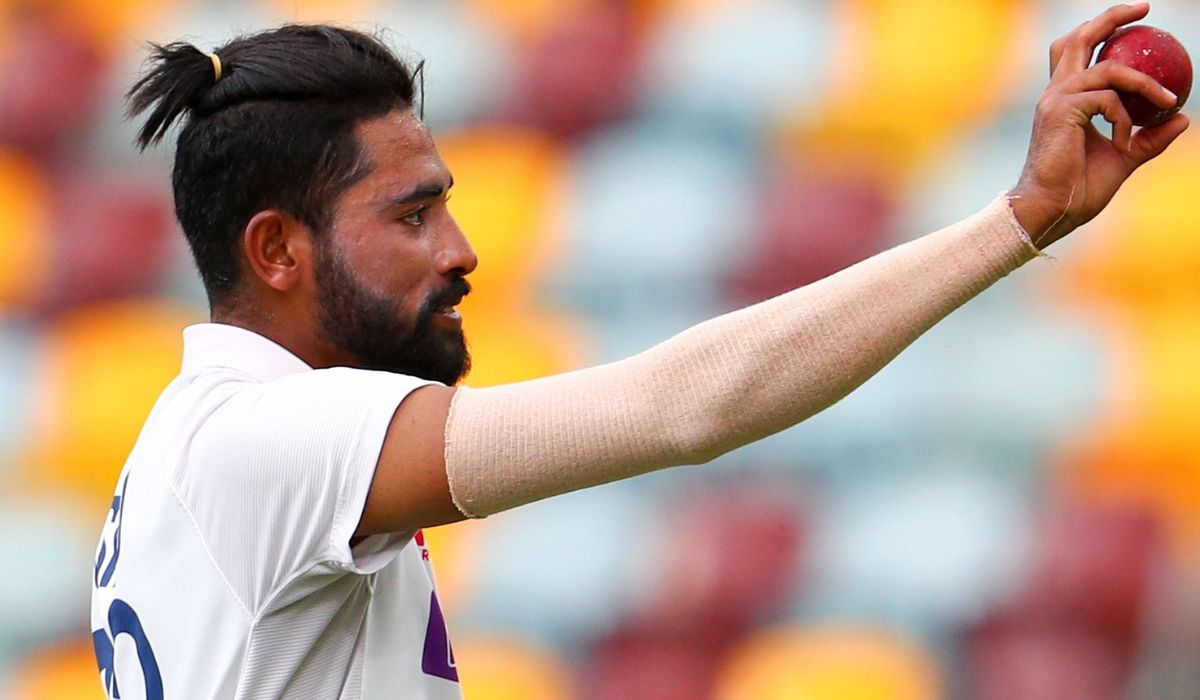 Indian pacer Mohammed Siraj had a good outing with the red ball after a forgettable 2022 IPL with Royal Challengers Bangalore. Siraj was one of the most expensive bowlers of this season as he leaked runs at an economy of 19. However, with the red ball, he has done well so far in the ongoing rescheduled fifth Test.

Siraj was the star for the Indian team in the 1st innings after picking up four wickets including the wicket of Joe Root. While talking about his performance, the Indian quick said that he had lost his outswing after the IPL and had to work hard to develop inswingers.

“After the IPL I lost the outswing so I worked hard on the swing. It might look great to bowl outswing but it might not fetch you too many wickets. So I had to work on bowling inswing as well,” Siraj said after the end of Day three’s play.

After a good bowling performance, India ended the session on a positive note with an overall lead of 257. The second innings witnessed a comeback half-century for Cheteshwar Pujara. Siraj believes that India are currently in a good position to win the Test because of Pant and Jadeja’s partnership in the first innings.

“We dominated for the first three days. The partnership of Rishabh Pant and Ravindra Jadeja was brilliant and placed us in a strong position in this test match”.

He also hailed Pujara for being the warrior he is, especially, in overseas conditions.

“He (Pujara) is a warrior. In Australia, he did it and here also, he is doing the job. Whenever the team requires him, he always stands up. When the tough situation arises, he is always there to do the job. Exactly, bowling to him is difficult, he does not attack much and just keeps on leaving balls so that can get irritating in the nets,” Siraj said.

While the Indian bowlers dominated the Day three, Jonny Bairstow troubled them all as he scored his third successive Test century. Talking about Bairstow, Siraj said that the bowlers stuck to the basic plan and waited for Bairstow to do a mistake.

“As bowlers, we had to just keep patience. Bairstow is in form and he has been continuously playing attacking batting since the New Zealand series. So we were aware his confidence was high,” Siraj said.

“Our plan was simple, stick to our basics. We just kept believing in our ability, no matter what he did, it was a matter of one ball – be it an inswinger or seaming in off the pitch.

“In England, it is common to beat a batter multiple times, you just need to be patient and concentrate on your process,” he added.

He also added that the team had done enough homework to understand the weaknesses of England batters. As a result, there were able to dominate their batting order. “When we saw the New Zealand series, we realised that our every bowler is 140-plus and they (New Zealand bowlers) didn’t have that,” Siraj said.

“We had that ability and we also had played against England last year. So that was our plus point, as were aware of their weak points and that is why we got the success”, Siraj said.