Home » Cricket » Legends League Cricket 2022: All you need to know 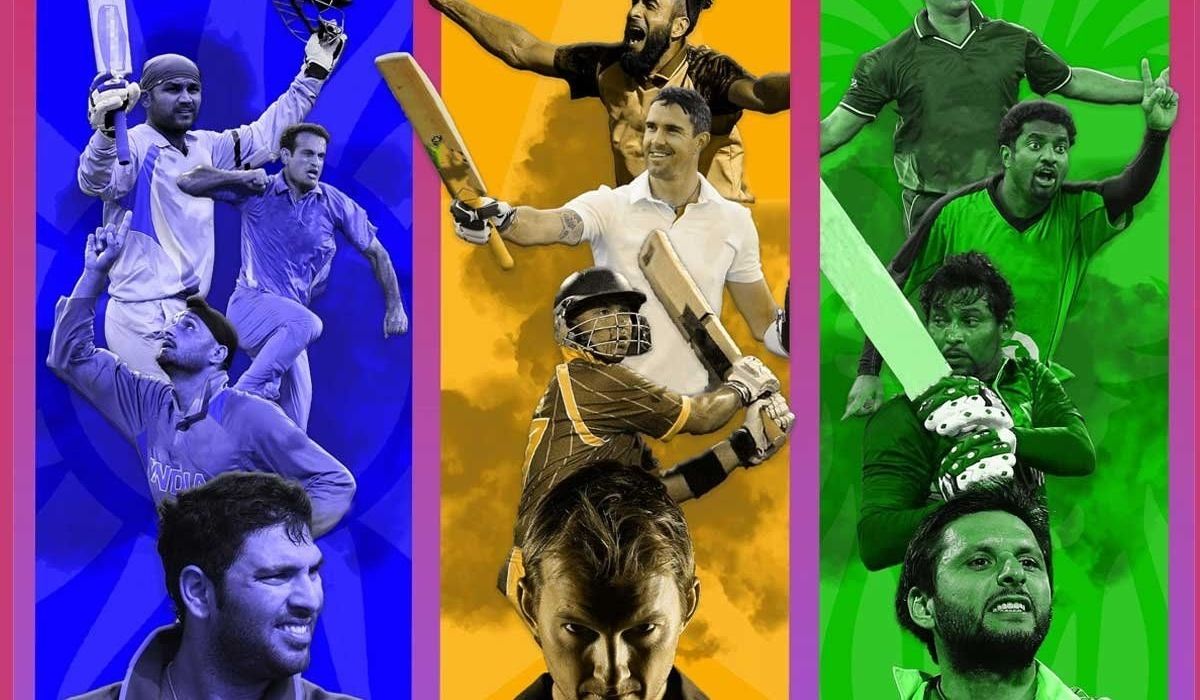 The inaugural edition of the Legends League Cricket tournament, which will begin on 20th January, will feature only three teams- Asian Lions, India Maharajas, World Giants.

The squads for the upcoming Legends League Cricket were announced recently.

Sachin Tendulkar, who had featured in the recent Road Safety Series, had decided to skip this tournament. Though this is a big blow for the fans worldwide, the team does feature some of the swashbuckling cricketers including Yuvraj Singh and Virender Sehwag.

Virender Sehwag’s attacking ability doesn’t need any introduction. He will be partnered by Hemang Badani, Venugopal Rao, Naman Ojha at the top. The former Indian batting coach Sanjay Bangar has been named in the squad as well.

The middle order of the team will see Yuvraj Singh, Badrinath. The Pathan brothers are back together as well. Among the spinners, Harbhajan Singh, Pragyan Ojha are two of the most famous names while Manpreet Gony, RP Singh, Munaf Patel will take care of the pace attack.

In the squad, Pathan brothers, Munaf Patel, Manpreet Gony are still around and can be seen in multiple local tournaments. While most of the other players have taken up coaching roles, Harbhajan Singh played competitive cricket until the last IPL and had decided to retire recently.

Asia Lions will feature legends from various parts of Asia excluding the Indian team. Most of the stars are from either Pakistan or Sri Lanka. The top order of the team consists of legends from the Sri Lankan team.

Tillakaratne Dilshan will be accompanied by the legendary Sanath Jayasuriya at the top. The batting order will also feature Upul Tharanga and the keeper Romesh Kaluwitharana.

Among Pakistan stars, Misbah Ul Haq is back with his favorite cricketing partner Mohammed Yousuf. The team will also witness the recently retired Mohammed Hafeez and Shoaib Malik.

Among the all-rounders, Shahid Afridi, Azhar Mahmood is the team’s main man. Kamran Akmal will take care of the keeping while Shoaib Akhtar and Chaminda Vaas will lead the pace attack. The bowling department will also feature the legends Muttiah Muralitharan. Asghar Afghan is the only player to feature from the Afghanistan side.

Rest of the World:

Brad Haddin will take care of the keeping duties while Brett Lee and Morne Morkel will lead the pace attack. New Zealand’s Daniel Vettori has been named in the squad as well. While all these players have officially retired from international cricket, Imran Tahir is still around. In fact, he will directly get into this tournament from the Sharjah CBFS T20 tournament.

Rest of the World Squad:

Sony Network has acquired the rights for the broadcast in India. The match can be witnessed on Sony Ten 1 and Sony Ten 3 channels while there will be live streaming on Sony Liv App.