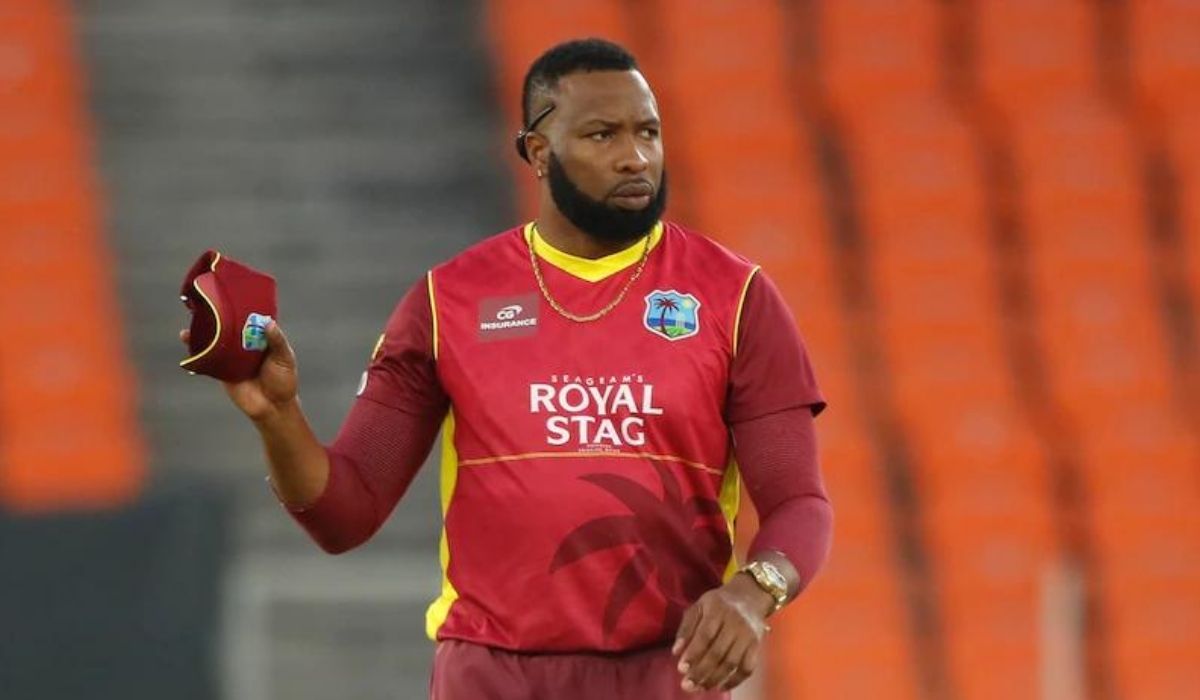 West Indies white-ball skipper Kieron Pollard has announced his retirement from international cricket. He took to social media to announce his retirement.

A day before his game for Mumbai Indians against Chennai Super Kings, the West Indies all-rounder shared a video message with a few chips of his game. He also shared an elaborate statement regarding his announcement.

“As is the case for many young persons, it was a dream of mine to represent the West Indies team from the time I was a boy of 10 years and I am proud to have represented West Indies cricket for over 15 years in both the T20i and ODI forms of the game”, he added.

“I can still vividly remember making my international debut in 2007 under the leadership of my childhood hero, Brian Lara. Wearing those maroon colours and playing alongside such greats has been a privilege that I never took lightly, giving my heart and soul in every facet of the game – whether bowling, batting or fielding.”

He added that captaining the West Indies side is his highest honour. “In 2019, I was asked by Cricket West Indies to lead both the T20i and ODI West Indies teams, which to date is the highest honour bestowed on me and for which I will forever be grateful. As Captain I believe

that I have led with passion, openness, courage and everything I could ever possibly give both on and off the field without ever compromising my principles and integrity.”

Thanking his teammates, he wished them all the best for the future. “I know some of my teammates believe that I am a hard taskmaster and I like to see things done professionally, and that is true, but I also believe in being selfless and creating the environment for individuals and teams to succeed. Respect for my teammates has been a guiding principle of mine and in turn I have always felt that reciprocated.

This made my job all the more enjoyable and rewarding. For their support, I am ever

thankful to all my teammates over the years, both as a player and as captain, and wish each of them continued success in the years ahead.”

He also thanked his coach Phil Simmons for believing in him and the fans for showing their love for him as well as the team. “As with many sports, there are highs and lows, but throughout it all, I have always felt the unwavering

He said that the cricketers make sacrifices when it comes to being with the family. “Sometimes people see the role of a professional cricketer as being something glamorous and while

there is that aspect of it, there are many sacrifices that sportsmen have to make to play at an international level. Being away from home and family has never been easy, but I can say that I have always had the solid support of my family. My stepfather, mother, sister and other members of my family have stood by me and encouraged me over the years and most certainly helped to mould me into the person I am today while playing this beautiful game that I love”.