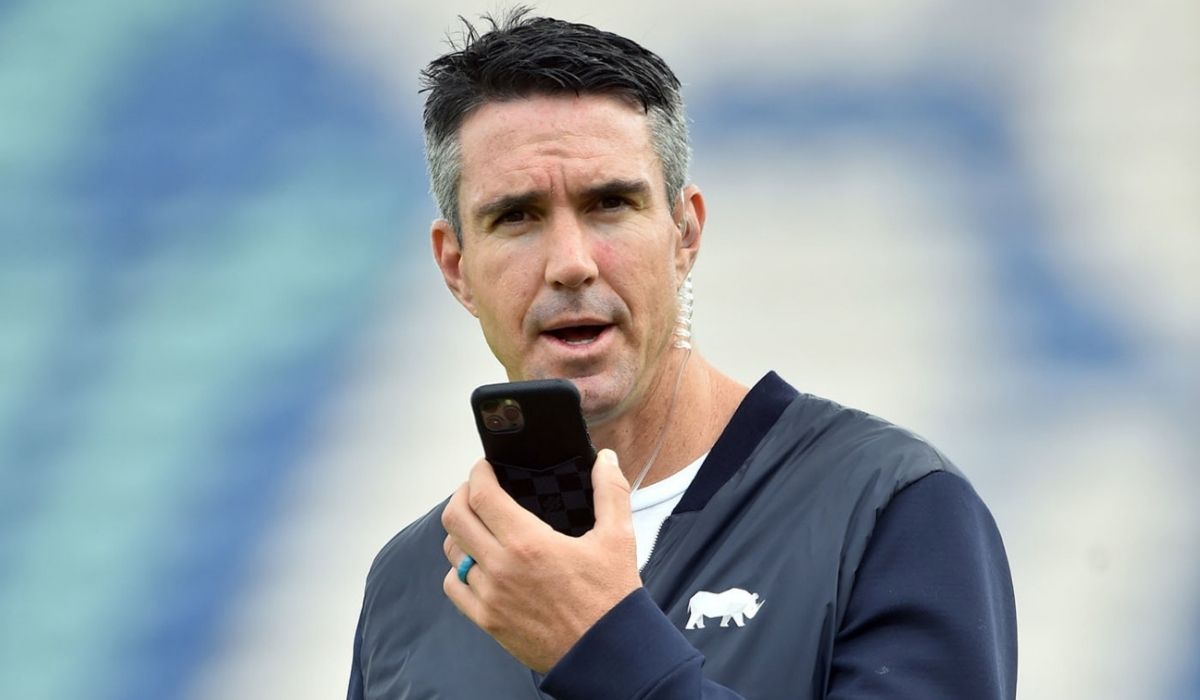 Kevin Pietersen came out all blazing guns for World Giants against Asia Lions in the ongoing Legends League Cricket. The former England batter opened the innings along with former South Africa star Herschelle Gibbs and smashed 86 runs off just 38 balls.

With the help of the bowlers, the team reduced the Asia Lions for just 149 in their 20 overs. In return, Pietersen went all-in right from ball one. He ended with nine fours and seven sixes. He was dismissed by Muralitharan but it was too late as the damage was already done. After his dismissal, Ireland all-rounder Kevin O’ Brien took over from where Pietersen left off, scored an unbeaten 31 off 24 balls to see the Giants home. The team chased down the 150-run target in just 13 overs.

The highlight of the knock was when he took on Sri Lankan legend Sanath Jayasuriya for a 30-run over. In the sixth over of the match, Pietersen went berserk. The over had three fours and as many sixes- 4,6,4,4,6,6. A couple of overs later, he had 21 runs off Asghar Afghan’s over including two sixes and as many boundaries.

Pietersen took to social media to share the video of his jaw-dropping knock. “About last night, if you have a minute!” read Pietersen’s tweet.

Many fans lauded his efforts and many fellow cricketers pulled his leg and wanted him to come back to professional cricket. Indian wicket-keeper batter Shreevats Goswami was one of them.

Shreevats Goswami wants Pietersen to get back into the IPL

Goswami, who had played with Kevin Pietersen in Royal Challengers Bangalore in the IPL, wrote to him, asking him to come back to IPL. “Get back into the IPL mate,” Goswami wrote. Pietersen had an epic response to the tweet.

The former England captain replied that he would end up being the top scorer of the tournament which would be an embarrassment for young cricketers.

“I’d be too expensive and would probably end up being the top scorer in the league. It would embarrass all the modern-day players!” tweeted the star in his reply.

Goswami agreed with Pietersen and asked to buy a team and then lead it.

Kevin Pietersen will go toe to toe against the same team but this time for the silverware. World Giants had ended the group stage at the top of the table with three wins and a loss to their name. Asia Lions has two wins and as many losses.

The other team, India Maharajas, failed to qualify for the final after winning only one match from their four. The team met World Giants in a must-win match on Thursday. Chasing 229, Naman Ojha led from the front with 95 from just 51 deliveries. He had the support of former Indian all-rounder Irfan Pathan who made 56 off just 21 deliveries. The team needed seven runs to win from the final over.

However, Brett Lee proved too good for the Indian team as they fell five runs short of the target and paved the way for the Asia Lions to enter the final.

The 41-year-old had played in 36 matches in the Indian Premier League and is one of the very few players to play for multiple franchises.

Pietersen began his IPL career with Royal Challengers Bangalore in the 2009 edition and was with the franchise for a couple of years before moving to Delhi. Later, he was a part of Sunrisers Hyderabad and Rising Pune Supergiants.

He ended his IPL career with 1001 runs at 37.07 average while striking at 134.72. He also rolled his arms for a few fill-in overs and ended with seven wickets. Pietersen also has a ton in the franchise league. His best, 103* came against Deccan Chargers in 2012.