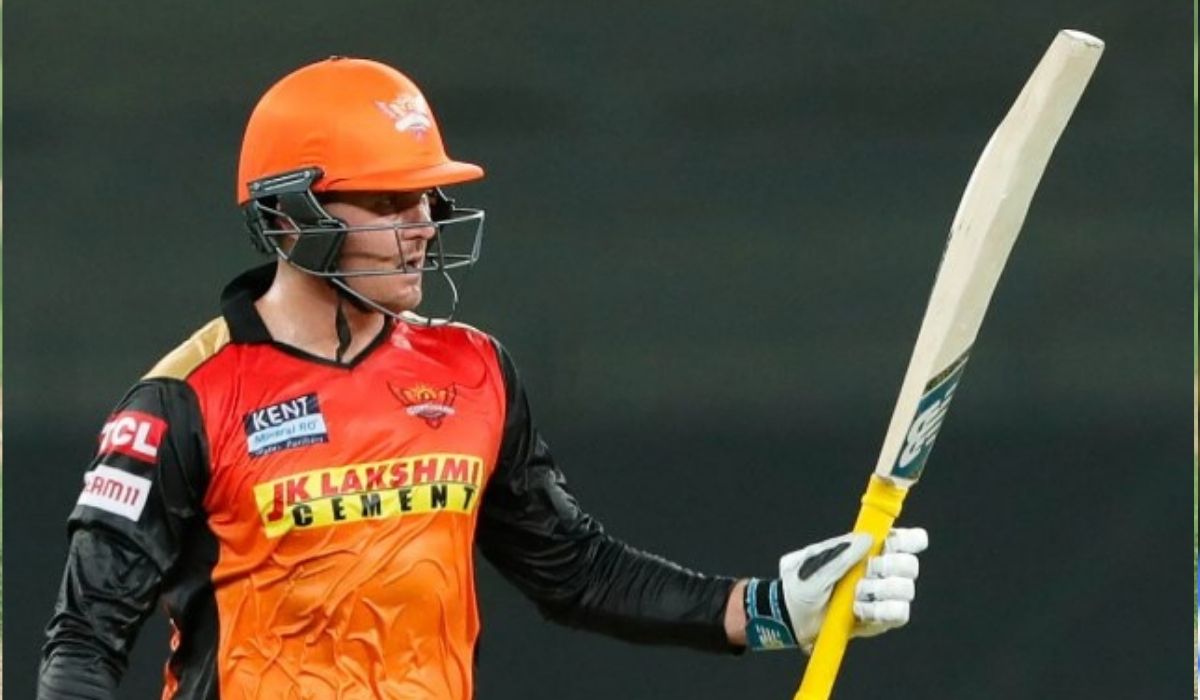 The opening batter Jason Roy became the latest England player to pull out of the Indian Premier League. While his teammates like Joe Root, Chris Woakes, Ben Stokes decided not to appear for the mega auction, Roy did appear and went to Gujarat Lions as well. At that time, his buy was called a ‘steal’ as the in-form swashbuckling batter had only one bid, went for his base price of INR 2 Crore.

The 31-year-old batter has cited bio-bubble as the reason to pull out of the cash-rich tournament. Roy recently featured in PSL, which also took place in the bio-bubble. Despite playing only six matches, he ended as the leading run-scorer for Quetta Gladiators, who finished fifth this year. Roy scored 303 runs at an average of 50.50 and a strike rate of 170.22, scoring two fifties and a hundred.

‘It’s with a heavy heart I have decided to pull out of this year’s tournament,’ Roy said as part of a longer message on Instagram. ‘With everything going on in the world over the last three years it’s added up and taken its toll on me.’

Gujarat Lions are yet to finalize his replacement. According to reports, Aaron Finch, Dasun Shanaka are the lead runners for the replacement. The Australian World-winning captain went unsold in the auction, blame his current form. On the other hand, Shanaka was in good touch but unfortunately couldn’t fit in any of the teams.

On Tuesday, Roy’s County Championships team Surrey has confirmed that the cricketer will take a short break from the game and he will not feature in the early matches of the tournament. In the statement released by the team, Surrey management said that they haven’t received the return date of the England batter and they are keen to assist him during the process.

“There is currently no fixed date for Jason’s return to cricket but he will remain in contact with the club during this period, with staff keen to assist him where possible,” the statement said.

Alec Stewart, Surrey’s director of cricket, added: “Everyone at Surrey is here to support Jason and fully understands his decision to step away from the game for a period of time in order to be with his family. When he is ready to return to cricket, we will be here ready to help and prepare him for his upcoming challenges in the game.”

This is the second time Jason Roy has decided not to appear in the IPL after getting into a franchise. Earlier, in 2020, he got into Delhi Capitals for his base price of INR 1.5 Crores but had opted out of the tournament because of personal reasons.

IPL will feature ten teams in the upcoming edition where the teams are placed in two groups and there will be close to 60 matches. All the matches will be played behind closed doors and the teams will stay in the bio-bubble right from the start of the tournament, which is on March 26. The final of the tournament will be played on May 29. This means, Roy will have to stay in the bubble without his family and his newborn kid for a long time.

If he had featured for Gujarat Titans, it would’ve been his fourth franchise. He has already represented Delhi, Hyderabad and Gujarat Lions. He went unsold at the 2021 auction but was drafted in as a replacement for the Australia allrounder Mitchell Marsh. Overall, he has scored 329 runs in 13 IPL matches at an average of 29.90 and a strike rate of 129.01.