Home » Cricket » IPL » Who is Matheesha Pathirana – the Junior Malinga?  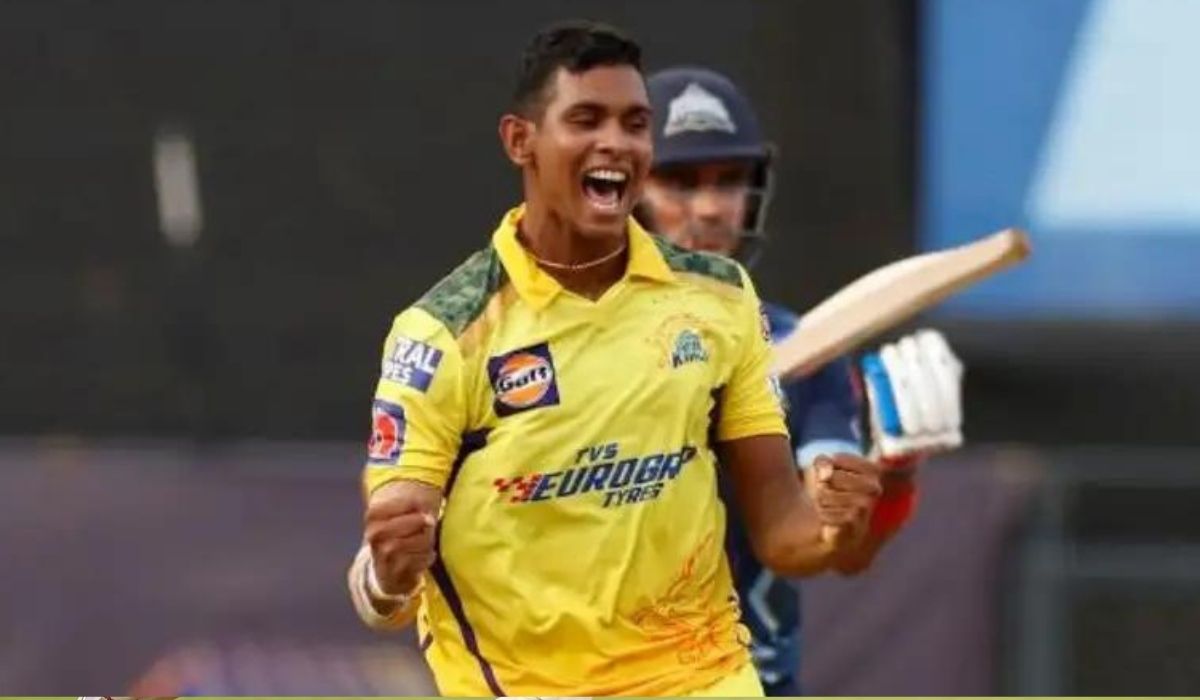 In cricket, the baton is passed on from one cricketer to another. For example, Virat Kohli took over the No 4 position in Test XI after Sachin Tendulkar’s retirement and made the spot his very own. Something similar too happened in IPL 2022.

The Sri Lankan legend Lasith Malinga bowled his last ball in IPL against CSK in the final of the 2019 edition on May 12 and dismissed Shardul Thakur to help Mumbai win their fourth title. Jump to May 15, 2022, a young Sri Lanka bowler named Matheesha Pathirana, whose bowling action resembles Malinga, made his debut for CSK against Gujarat Titans in IPL 2022.

And coincidentally, he took a wicket on the very first ball he bowled in the match, dismissing Shubman Gill LBW for 18. He ended with 2/24 in the match. Pathirana became the 9th bowler in IPL to take a first-ball wicket on his debut. The last bowler to do so was Alzarri Joseph of Mumbai Indians in the 2019 IPL.

Called “Junior Malinga” for a similar sling-arm bowling action of the Sri Lankan legend, Pathirana, 19, was picked up by CSK as a replacement for injured Adam Milne at a base price of Rs 20 lakh in IPL 2022. Pathirana was given a game after CSK was all but out of the tournament to help him gain some experience. Although Pathirana has just signed for the 2022 edition, CSK management has hinted they are going to retain the Sri Lankan for the upcoming seasons as he could be their strike bowler if coached and looked after well.

Pathirana was on CSK’s radar even before the 2021 IPL and was even called on to bowl in the CSK nets along with another Sri Lankan spinner Maheesh Theekshana. But the Sri Lankan board didn’t release the bowlers then as IPL 2021 was set to clash with their local tournament. But both these Sri Lankan bowlers made their debut in IPL 2022 and had made critics and fans take note of their talent. And this exposure has got Pathirana a maiden national call-up for Sri Lanka’s limited-over series against Australia in June.

Pathirana has also got a thumbs up from both CSK captain MS Dhoni and coach Stephen Fleming. Dhoni was quoted as saying, “Malinga! Our Malinga is really good. It’s difficult to pick him and I feel he will definitely contribute next (year) for us in a big way.”

Fleming, however, said they will have to use Pathirana and his sling-arm bowling judiciously as he is still young and learning the tricks of the trade. Fleming was quoted as saying, “It’s a unique skill, isn’t it? Learning to coach that and how to use that is one of the challenges.”

Although Pathirana failed to take another wicket in his second and last match for CSK in IPL 2022, he is most likely to don the yellow colours next season. For the record, Pathirana is yet to make his first-class debut. He has just 1 List A game to his name, and five T20s, taking 4 wickets. He was also part of the 2022 Under-19 World Cup where he took 7 wickets in 4 games.