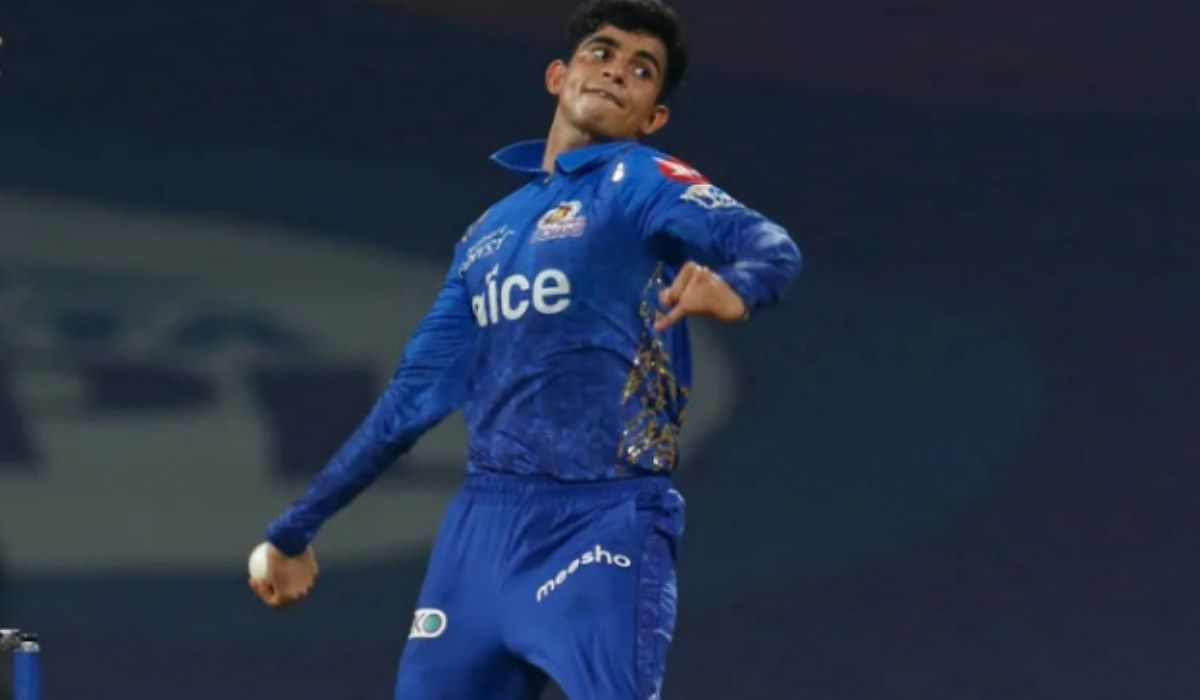 Mumbai Indians skipper Rohit Sharma made three changes to the line-up on Friday for the match against Chennai Super Kings. Australia’s Rilee Meredith debuted for the team, Daniel Sams was brought back to the team whereas, the team also handed over the debut cap to Indian all-rounder Hrithik Shokeen.

Who is Hrithik Shokeen?

Born on 14th August 2000, Hrithik is from Delhi and is a bowling all-rounder. He bowls right-arm off-spin and right-handed batter.

Shokeen made it to the ACC Emerging players squad for Asia Cup in Bangladesh in 2019 after some consistent performances in the domestic tournament.

He went on to make his one-day debut in young cricket in the same tournament against Nepal. He ended that tournament with `eight wickets at an economy of 4.92 with the best bowling figures of 2/21.

He was impressed with his bowling in the age cricket and went to Mumbai Indians for the base price of INR 20 Lakhs.

How was his debut?

After warming up the bench for six games, Hrithik finally made his debut against Chennai Super Kings at DY Patil Stadium. He walked in when the team was in deep trouble, having lost in-form Suryakumar Yadav.

The young gun showed excellent grit and determination to steady the ship with his anchor’s role, but ultimately, he was dismissed by Dwayne Bravo. Shokeen scored 25 runs off as many balls including three boundaries.

His knock helped the team to reach 155 in their 20 overs.

How did MI do?

After facing six straight losses, MI didn’t have an option but to try different combinations. They had dropped their regular spinner Murugan Ashwin and replaced him with Hrithik Shokeen.

After being asked to bat first, Mumbai Indians found themselves in trouble once again as they lost both their openers cheaply. The team They were followed by Dewald Brevis who couldn’t make an impact this time. Once again, the burden fell on Suryakumar Yadav’s shoulders. The star batter made 32 from 21.

Hrithik Shokeen then joined Tilak Varma. The latter was going very strong in the middle and once again, he made an impressive half-century. After the dismissal of Shokeen, both Pollard and Unadkat had a cameo to take the team to a decent total.

In return, Daniel Sams starred with the ball as he removed Gaikwad in the first delivery and then managed to pick Santner, Rayudu and Dube.

While MI was looking good for the first win in IPL 2022, MS Dhoni had other ideas. The former CSK skipper smashed 16 runs in the final over, a boundary in the final delivery to help the team win over their arch-rivals.

Mumbai Indians now become the first team to lose all their seven matches in the tournament.