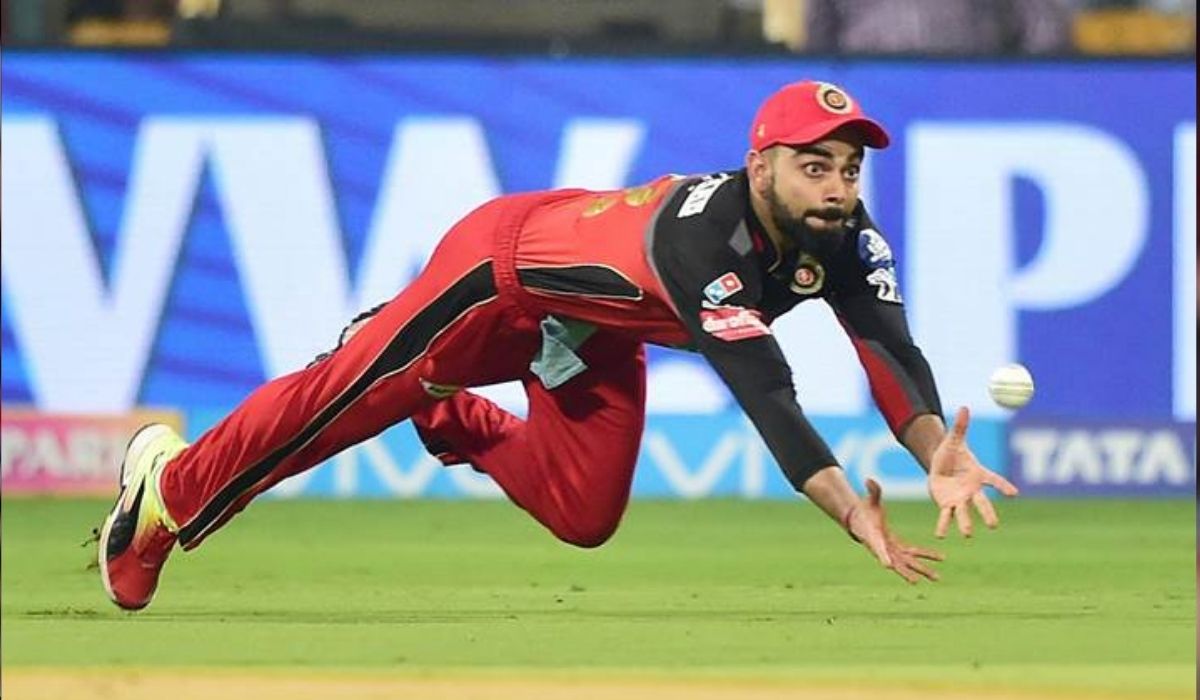 Virat Kohli is still in search of some good runs this season. Though he couldn’t contribute big with the bat, there is no doubt when it comes to his passion and giving it all in the field. Tuesday was one such day in Kohli’s calendar as he took a screamer to dismiss Trent Boult.

It was the 18th over of the match where Rajasthan Royals found themselves at 110/6. Boult was out there as number eight and his job was to assist Riyan Parag, who was looking in good touch with 24 from 19 deliveries.

Short delivery from Harshal Patel made Trent Boult opt for a pull immediately. Boult smacked the ball but he couldn’t get the elevation as he would’ve thought.

Kohli, who was standing at short midwicket, was quick to latch on it. The ball was low towards his left and Kohli threw his hand at the right time as the ball stuck.

Everything happened in a whisker and Kohli had to take a moment to process the catch. He was then appreciated by his fellow teammates as Rajasthan lost their seventh wicket.

In the end, Rajasthan managed 144 from their 20 overs. Riyan Parag finally found his form and went past his second half-century in the IPL. He made an unbeaten 56 from just 31 deliveries.

Though the total seemed below par, Rajasthan Royals came up with some brilliant bowling performances to seal the victory.

Chasing 145 to win, Virat Kohli opened the batting for the first time in IPL 2022. However, that move didn’t work well for the former captain as he was almost dismissed thrice in the first over A couple of inside edge boundaries and a ball that fell short of the square leg. While one thought that he had a bit of luck coming his way, it didn’t last long as he was dismissed in the next over by Prasidh Krishna.

After his fall, the team couldn’t really put up a show as Rajasthan bowlers were on top. Kuldeep Sen had 4 wickets, Ashwin had three while Prasidh Krishna had two. In the end, Bangalore managed only 115 before getting out.

With this win, Rajasthan moves up in the points table to take the top spot from Gujarat Titans. Bangalore find themselves at the 5th spot with 5 wins and 4 losses to their name.

Talking about Virat Kohli’s move to the top, Faf du Plessis said that they wanted to make him go right away rather than make him wait in the dugout.

“We tried changing the batting lineup today and we feel that they can try playing positively. Can’t go into a shell. (On Kohli) Great players go through phases like this and we wanted to get him in the game straight away so that he doesn’t sit on the sidelines and think about the game. It’s a game of confidence”, he said.