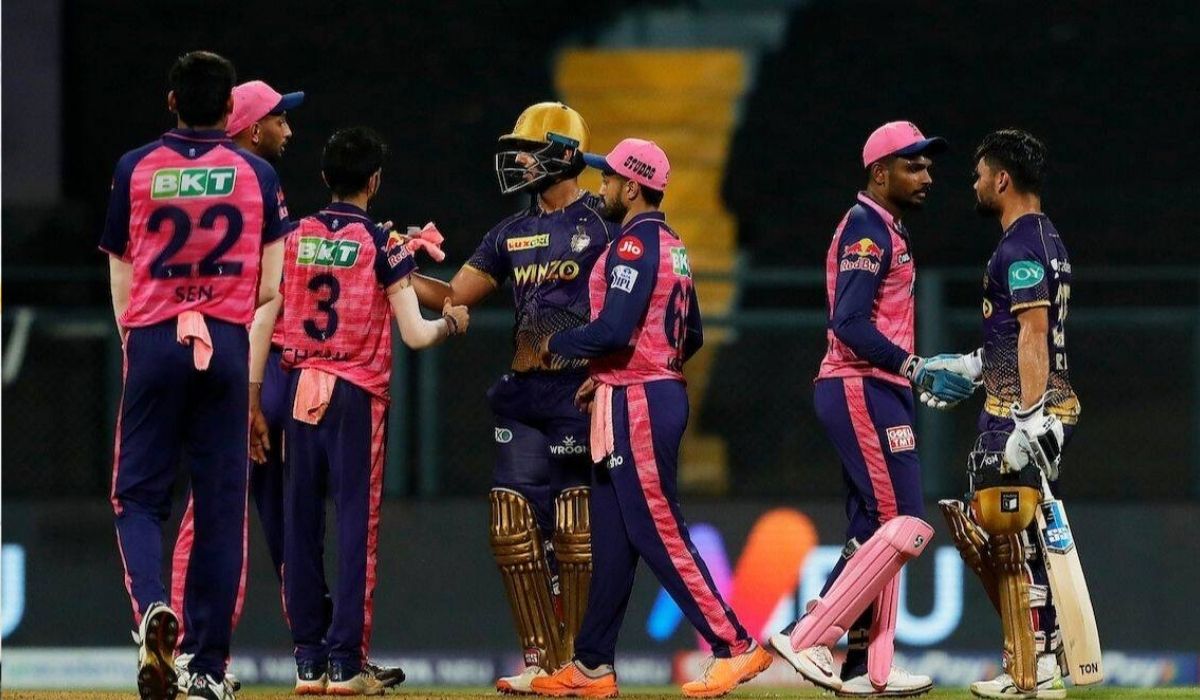 IPL 2022 is nearing the business end of the tournament. The race for the play-offs is between 7 teams now as one team Gujarat Lions has already qualified, while CSK and MI are not in contention anymore for the knockouts. Not only in this edition, but every IPL has dished out a few nail-biting finishes to the league stage where a team has fought by the skin of their teeth to qualify for play-offs. Here are a few examples.

Mumbai steals playoff berth right under the nose of Rajasthan Royals in 2014.

Mumbai and Rajasthan were playing the last game of the league stage in IPL 2014. Mumbai needed to win the last clash against Rajasthan by a big margin not only to get on the same score of 14 points as their opponent but to edge past them on a better net run rate.

Asked to bat first at the Wankhede Stadium ground, Rajasthan made 189/4 with Sanju Samson top-scoring with 74. Mumbai had to win this match in 14.3 overs to get ahead of Rajasthan on net run rate. Mumbai gave their best, with Corey Anderson showing the way with a brilliant knock of 95 not out.

With Mumbai needing 2 off the 14.3rd delivery to qualify for play-offs, Ambati was run-out going for the winning run. Mumbai assumed they failed to make it to playoffs as the scores were tied now. But calculations showed that if Mumbai can slam a boundary off the next ball, they still can qualify for play-offs. The pressure got the better of James Faulkner who bowled a low full toss to Aditya Tare who deposited it in the fine leg boundary to help Mumbai qualify for play-offs. The scene of Tare running with his face covered in his jersey is part of IPL folklore.

In the 2012 IPL, CSK was looking to win their third straight IPL title, but they were plagued by inconsistencies. They completed the league phase with 17 points but had to wait for other results to go their way to qualify. They needed not one but three permutations and combinations to favour them for a play-offs berth.

And luck favoured MS Dhoni-side on all three occasions. All the three results of the match went in CSK’s favour to see them tie with RCB at 17 points but qualify on a better net run rate. In the last match of the group stage, RCB was well on course to beat Deccan Chargers to qualify with 19 points but lost their way to pave the way for fifth-placed CSK to qualify. But CSK’s luck ran out in the final when a special knock from Manish Pandey of KKR saw them bow out of the tournament.

RCB qualify for play-offs in the 2016 IPL

RCB was staring at an early exit from the tournament unless they win their remaining matches to qualify for play-offs. At one stage, RCB had just 4 points from 7 games, having won only 2 games. But RCB led by Virat Kohli rose like a phoenix to win 6 out last 7 games to qualify for play-offs. Kohli led from the front in the tournament, scoring 4 tons in the season, and making 973 runs. However, Kohli’s men have had heartbreak as they lost the final by 8 runs to SRH.

KKR qualifies for play-offs in the 2021 IPL

Something similar happened again in the 2021 IPL as KKR won just 2 matches out of the first 7 games. KKR, on the back of new talented opener Venkatesh Iyer, faced a revival winning 5 games out of the last 7 to qualify for play-offs. But they lost the final to CSK after having won two games in the play-offs to reach the final. Even CSK’s captain MS Dhoni appreciated KKR’s fightback to reach the final.