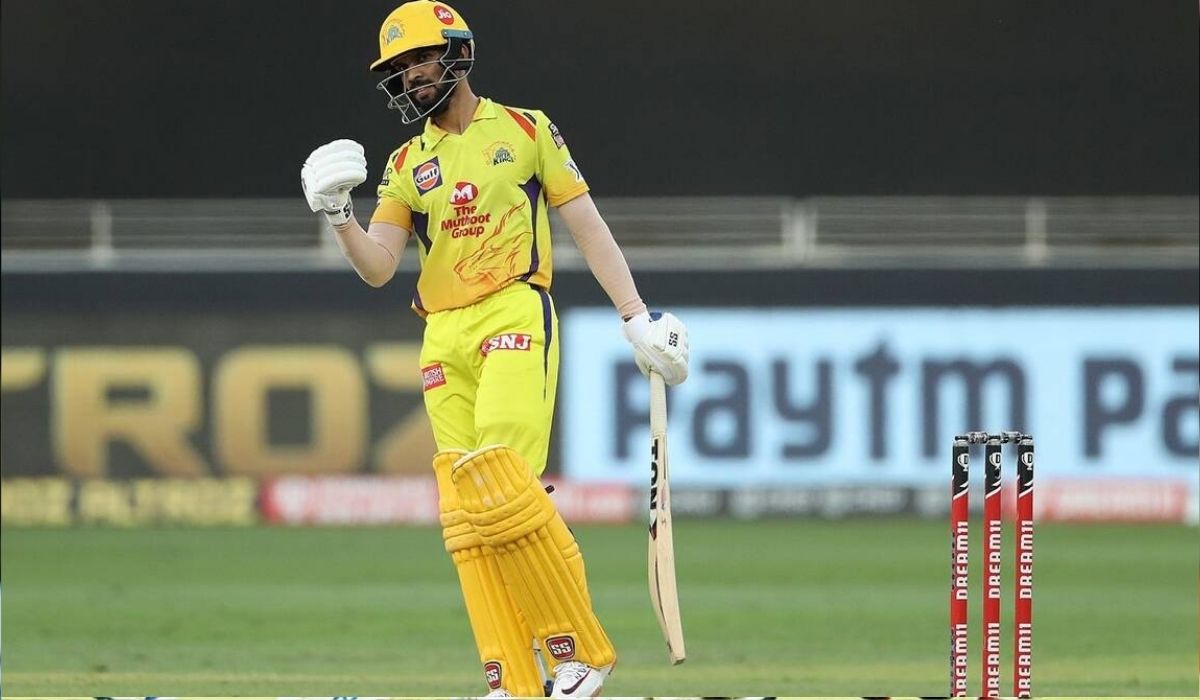 Chennai Super Kings opener Ruturaj Gaikwad was on a song as he scored big against Sunrisers Hyderabad and missed his century only by one run on Sunday.

His parents, who were watching the game from the corporate box, were not disappointed but proud of their son. Gaikwad scored 99 from just 57 deliveries and won the player of the match for his performance which helped CSK to win by 13 runs.

Talking about his son’s performance, Ruturaj Gaikwad’s father said that they were neither stunned nor disappointed as cricket is a game of uncertainties.

“We were neither stunned nor disappointed when Ruturaj got out on 99. Cricket is a game of uncertainties. Anything can happen on the next ball. We know that very well,” his father Dashrath Gaikwad told The Indian Express Monday.

The family was at the corporate box for the first time this year. Dashrath added that they just wanted to see his son’s game live.

“We had seen an earlier match at the stadium but this was the first match we were watching from the corporate box. There was no pressure on us whatsoever. We just wanted to see him playing live rather than on TV, which we always do. But we had no high expectations. It’s a game, after all. Anything can happen anytime,” the father said.

“He was playing right from the first ball, we were confident that he would score a century”

The senior Gaikwad said that his son was playing the ball well right from ball one and he knew that he was going to score big that day.

“The way he was playing right from the first ball, we were confident that he would score a century. That it didn’t happen only reflects the uncertainties of the game. But it is good that he was back in form. This IPL, his starts have not been but in the last three matches, he has regained his form,” he said.

Selectors should not waste any time in drafting Ruturaj into India’s Test side: Vengsarkar

“In his earlier match, Umran had shattered the stumps of a few batters. But in this match, Ruturaj handled him upfront and with aplomb. The way Ruturaj played the speedster’s fast deliveries, especially the short ones, should make the selectors happy. Indian players, of late, have found the pace and bounce impossible to tackle. Ruturaj was confident personified against the short ones as he stood up and played with ease. I think the selectors should not waste any time in drafting Ruturaj into India’s Test side,” said Vengsarkar.

He also appreciated Gaikwad for playing proper cricketing shots. “I am glad that it was a match-winning knock. Also important is the fact that he played proper cricketing shots. There was no awkwardness or desperate hittings or cross-batted heaves. Ruturaj plays with a straight bat. He has already proved his mettle in the shorter format of the game. I am confident he will be successful both in Tests and one-dayers. He looks suitable for the Test side,” Vengsarkar said.

“The century does not matter to us. Ruturaj making it to the Indian team does”

The senior Gaikwad said that he has no idea what was going through his son’s mind and how he was going to approach the milestone. He added that the century doesn’t matter much to them but his son making it to the India team does.

“I don’t know whether he should have gone for a big shot like he did while scoring his first century in the last IPL. It is for him to analyse what went wrong. He was playing sensibly to get that three-figure mark by taking singles and regaining his confidence which has been the hallmark of his IPL career so far. The century does not matter to us. Ruturaj making it to the Indian team does,” the father said.