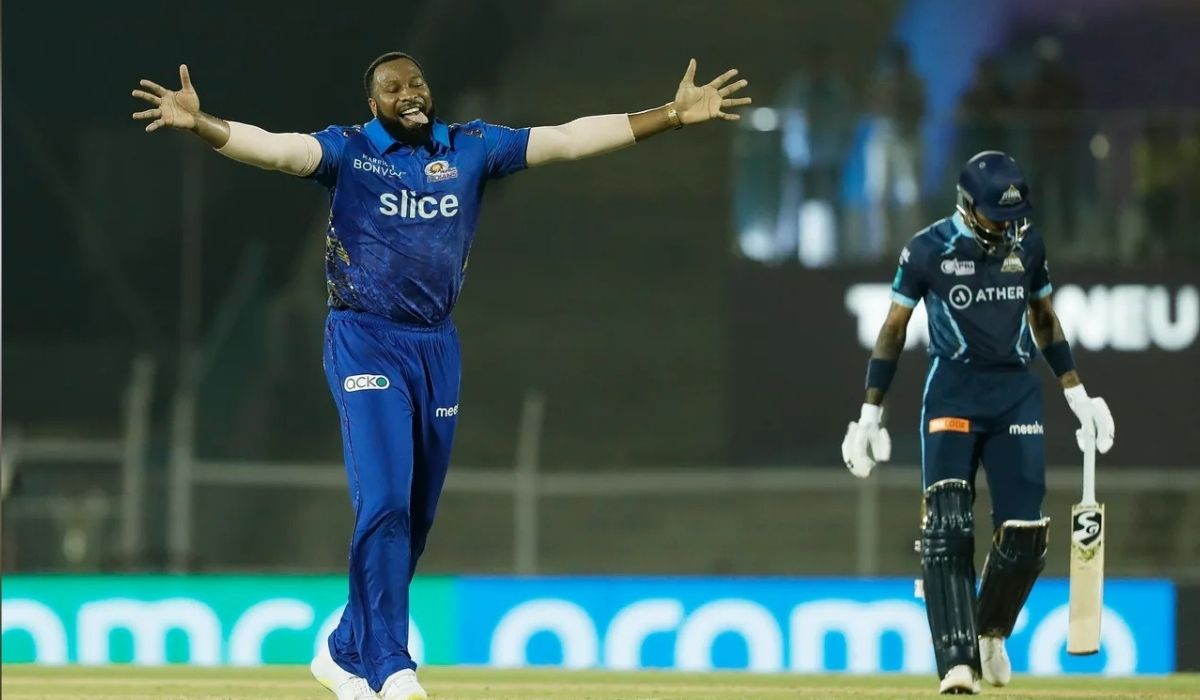 Mumbai Indians had dropped one of their main men, Kieron Pollard for the clash against Chennai Super Kings.

Kieron Pollard, who is celebrating his birthday today, has been one of the pillars for MI over the years. However, he has been dropped ahead of MI’s clash against their arch-rivals CSK. The all-rounder was replaced by MI’s new recruit Tristan Stubbs.

Pollard is going through a lean patch at the moment. He has picked up only four wickets this season and has consistently struggled to score runs. The man who has the reputation of being one of the best finishers in the world, couldn’t get going at all and has a strike rate of just over 107 this season. He has managed to score 144 runs from 11 matches.

When the all-rounder is in form, he usually pulls off unexpected both with bat and ball. Over the years, he had helped them to cross the line with brilliance in the final few overs. This year, nothing went his way as he couldn’t score big. Even when he was batting in the middle, he wasted a lot of deliveries that added pressure on others, unlike Pollard.

“Want to try out a few players”

Right after winning the toss, Rohit Sharma revealed the reason why Pollard wasn’t picked up in the playing eleven for the match. He mentioned that the team wanted to check what the players in the team are capable of offering, keeping the future in mind.

“We will field first. It’s the nature of the ground, and what suits our team. Nothing has worked for us this season. Keep an eye on the future, Pollard is out and Stubbs is in. Shokeen comes in for Ashwin. He was the one who came up to us and he was ready for it. We want to try out a few players and got to see what they have to offer. Looks like a good track, hope it plays well throughout the 40 overs. It’s brilliant to play against Chennai, it’s always like that. We need to try and win the game.”

Meanwhile, Mumbai Indians bowlers were all over the Chennai Super Kings batting, as the team managed to score just 97.

In a must-win game, CSK couldn’t do much as MI bowlers were attacking right from the front. Initially, Daniel Sams picked up a couple of wickets in the 1st over, and then Jasprit Bumrah and Riley Meredith followed. In the middle overs, Kumar Kartikeya and Ramandeep Singh finished off the things for MI.

MS Dhoni was the lone warrior for the team as he stood unbeaten on 36. Devon Conway, who was in excellent form in the IPL, was given LBW on his 1st delivery. While he tried to review the same, he was informed that there was a power shutdown and the DRS was unavailable at that time.

Daniel Sams was the pick of the bowlers with three wickets to his name while Riley Meredith, Kumar Kartikeya ended with a couple of wickets. Ramandeep Singh and Jasprit Bumrah ended with a wicket each.