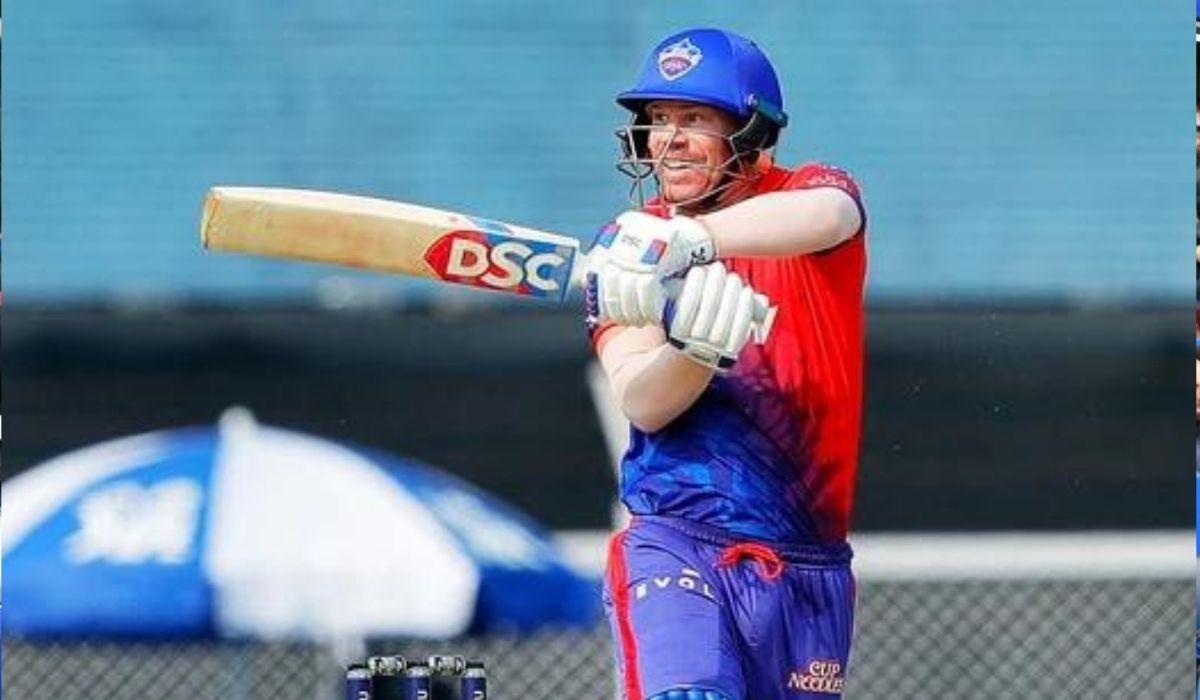 David Warner opened up about his experience with the Delhi Capitals franchise. Warner, who had played his second game for the franchise in this IPL 2022 recently, helped his team to defeat Kolkata Knight Riders comfortably by 44 runs at Brabourne Stadium.

The former Sunrisers Hyderabad cricketer missed out on early games as he was in quarantine. Warner joined the team a bit late, after attending the final rites of his childhood hero Shane Warne at Melbourne. He flew from Pakistan right after the Test series to attend the rites and had missed the limited-overs series against them.

Talking to the broadcasters after the win over KKR, Warner said that he is loving the life at Delhi Capitals.

“Unbelievable, absolutely loving my time here”, he said. He went on to refer to former Australian cricketer and current Delhi Capitals coach Ricky Ponting as a father figure.

“He’s like a father and a big kid to be honest. He was a lot of respect and great knowledge about the game. He’s a great coach, so everyone’s happy to be underneath and he’s leading by example”.

David Warner began his IPL career with Delhi before briefly representing Sunrisers Hyderabad until the last season. He returned to the Delhi Capitals after he was picked up by the franchise for Rs 6.25 crore at the IPL 2022 mega auction.

In the match against KKR, David Warner’s opening partner Prithvi Shaw also got to half-century, getting 51 off just 29 balls. While Shaw attacked early, Warner was playing the anchor role and was happy to give the strike back to the youngster.

Talking about his opening partner, Warner said, “He (Prithvi Shaw) is obviously an exciting player, and great to watch. Being up the other end makes your job easy when someone does it. Look in this format, two opening batters never really go off at the same time, so I’m happy to take the back seat. I’ve probably done that for a few years now.”

Despite playing well, Warner said that the wicket was a difficult one and it was quite tough to clear the long boundary.

“Felt pretty good, it was a nice wicket and at times kind of slid up towards the back end and I think both teams did well with the execution with slow balls into the wicket, quite tough to hit especially to the long boundary.”

David Warner’s first game in the IPL 2022 came against Lucknow Super Giants where he failed to score much and got out for just six runs. However, he found the momentum immediately in the next match and went on to score a half-century. With Prithvi Shaw going berserk early in the innings, Delhi Capitals managed to reach 215 in their 20 overs.

In return, Delhi began well by removing the Kolkata’s openers early. While Shreyas Iyer tried his best to take the team home, he kept running out of partners and in the end, the team had to settle for a 44-run loss. Shreyas Iyer made 54 from just 33 deliveries.

Kuldeep Yadav was the star performer with the ball as he returned with four wickets against his former franchise.

Delhi  are currently in 6th spot with two wins and as many losses from their four matches. They began the tournament with a win over Mumbai Indians before going down to Gujarat Titans and Lucknow Super Giants. They bounced back to winning ways with a huge victory over Kolkata Knight Riders.

Delhi will play their next match against Royal Challengers Bangalore on Saturday, 16th April at Wankhede Stadium.