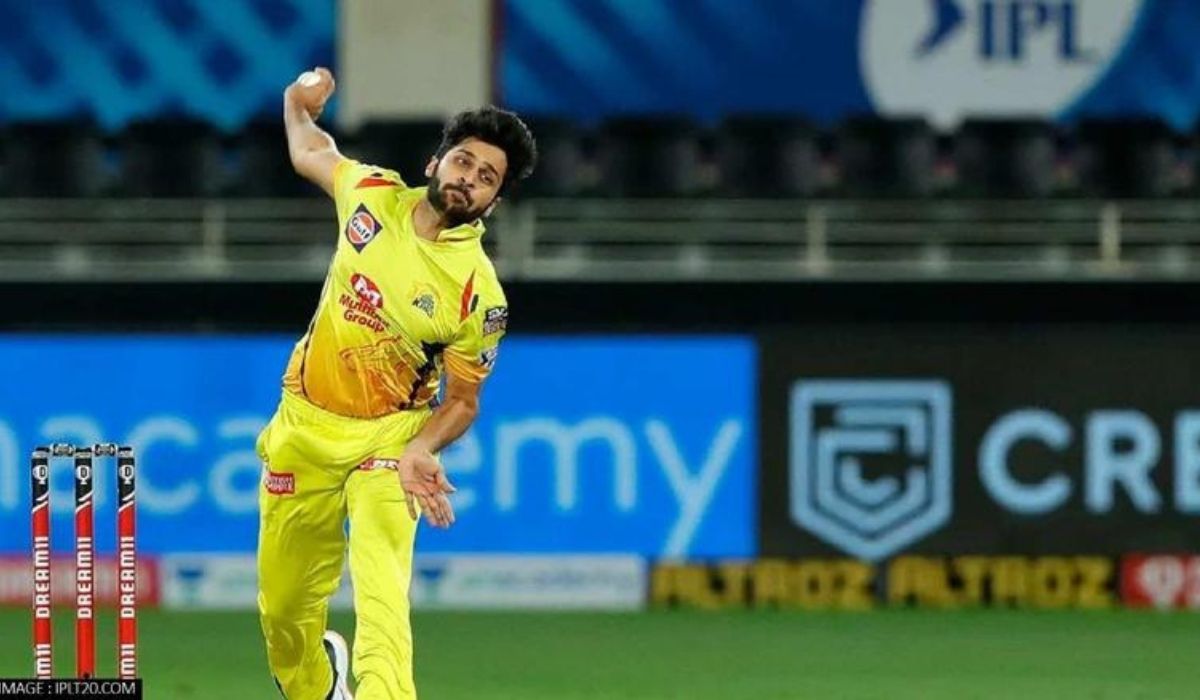 The Indian Premier League auction is just a few days away, and 590 players are all set to go under the hammer. Blame the IPL rules, the teams could retain only a few players and have to let go of some of their mainstays. One such player is Shardul Thakur.

The Indian all-rounder has been a mainstay in the Chennai Super Kings line-up since the team was rebuilt in 2018. Along with Deepak Chahar, Thakur has done a lot of damage to the opposition’s line-up. Apart from his bowling, Thakur also made sure to pitch in with the bat and those useful runs, in the end, have changed the momentum towards the defending champions many times.

His all-round abilities soon helped him to get an opportunity to get into the Indian national team, something he grabbed with both his arms. Today, Thakur is one of India’s go-to bowlers in any format of the game.

While it is a bit sad that the Chennai Super Kings couldn’t retain him, Thakur’s service can really be used by different teams.

3 teams that will target Shardul Thakur in the auction

Despite being a bit expensive, Thakur has that knack for picking up wickets, especially, in the death overs. He has the 3rd highest wickets in death overs among Indians since his debut. His batting skills puts him a grade above the other players present on that list. Here are the three teams where his contribution could work like a gem.

While every single team has managed to retain at least three players, Punjab Kings retained only Mayank Agarwal and Arshdeep Singh. They have INR 72 Crore and will look to throw their hat at anything and everything. The team might go all-in for the Indian pacer.

Considering the way their lower order performed with the bat last year, the team might opt for Thakur who not only can fill in the void left by Mohammad Shami but is a better batter compared to him.

In the last auction, the team went all-in for Riley Meredith and Jhye Richardson. The pacers not only leaked runs but also returned empty-handed in most of the games. It did hurt Kings and Ravi Bishnoi was their savior when it came to bowling. However, the team had released the spinner and Bishnoi made it to the Lucknow Super Giants.

The team now needs someone who can pick up wickets regularly and also show up with the bat when needed. Thakur ticks all the boxes here. With the amount left in their purse, they can certainly go big for the Indian all-rounder in the upcoming auction.

The Dhoni and Co. always look to back their players and maintain the core. Thakur, who has been a part of CSK’s success story for a long time, could come back home too. He has picked up 55 wickets for the team since his debut in 2018. He was in fact the leading wicket-taker for the team in the previous season.

Chennai Super Kings have retained Moeen Ali, MS Dhoni, Ravindra Jadeja. Though the team has two bowling options already they are yet to build their fast bowling department. Instead of going for someone unknown, the team will look to bring back Thakur who work well with Dhoni’s plans.

Kolkata Knight Riders will be on the run to pick Thakur in their team. The team has a purse of INR 48 Crore and have retained only three players. Though the team already has a couple of pacers, they don’t have an Indian fast bowler who could play the perfect second fiddle for them.

Over the years, the team has brief history of packing the Indian pacers. They groomed Shivam Mavi and Kamlesh Nagarkoti but unfortunately, they underperformed. The only Indian pacer who worked well for the team was Prasidh Krishna. He did well in the IPL and went on to make the Indian debut. Now that team has released Prasidh Krishna, they need someone to fill in that role.

With Thakur, they get an extra batter in their line-up, something they would enjoy certainly. If Thakur gets picked, there is a huge chance that the team might promote him up the order just like they did with Sunil Narine.

Thakur made his IPL debut Shardul Thakur began his IPL journey with Punjab Kings in the 2014/15 edition. Later, in 2017, he became a part of now-defunct Rising Pune Supergiants. In 2018, Thakur became a vital cog in the Chennai Super Kings line-up.