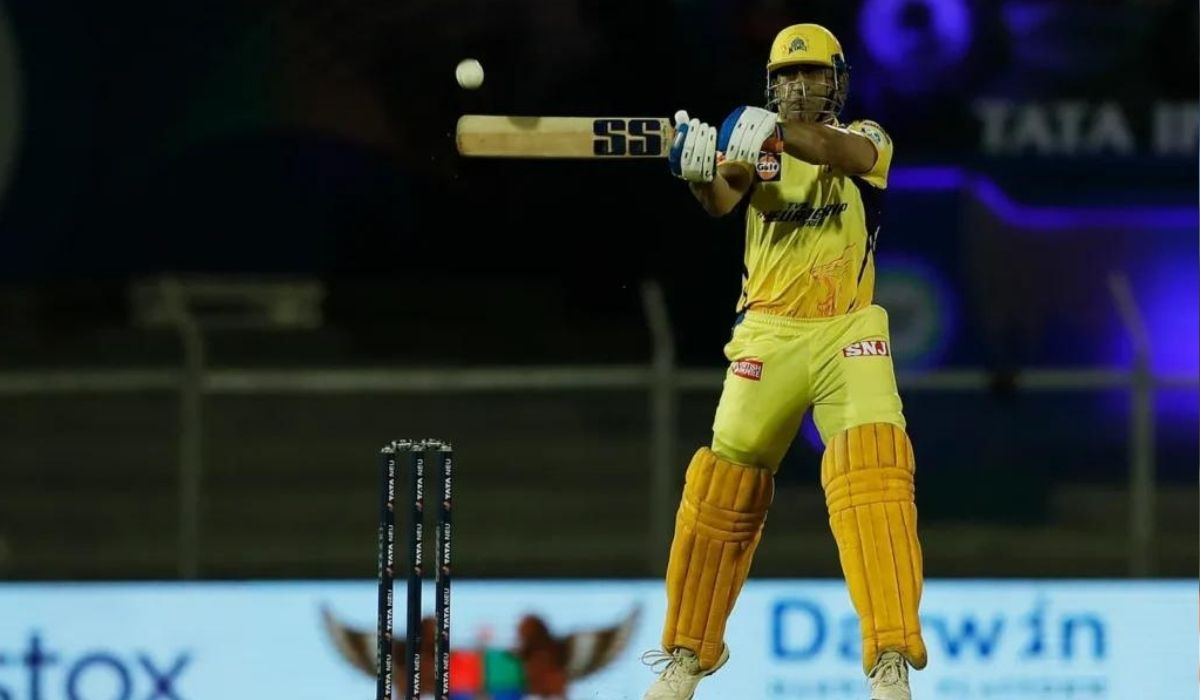 MS Dhoni chased down 16 runs off the last 4 balls of the match to help Chennai Super Kings steal a win against Mumbai Indians in IPL 2022 on April 21. Dhoni cracked 6, 4, 2, 6 off the last four balls bowled by Jaydev Unadkat to hand Mumbai their 7th straight loss in as many games in IPL 2022. However, it was Mukesh Choudhary who walked away with the man of the match honors after taking 3/19.

Mumbai was still looking for their first win when they were asked to bat first. And they began disastrously, with Choudhary getting Rohit Sharma caught at mid-on by Mitchell Santner for a 2-ball duck. Rohit’s opening partner, Ishan Kishan too fell in the same over, after he was bowled by Choudhary for a golden duck.

Choudhary came back in his next over to dismiss new sensation Dewald Brevis for 4 as the South African teenager edged it behind to keeper Dhoni. Choudhary could have had his fourth victim, but Dwayne Bravo spilled a catch at first slip off the bat of Tilak Varma.

But it was Suryakumar Yadav who went about playing his counter-attacking game, racing to 21-ball 32 with 3 fours and 1 six before he holed out in the deep fine leg to Choudhary off Santner’s bowling.

Hrithik Shokeen, playing his debut IPL match, struck run-a-ball 25 before giving a catch to Robin Uthappa off Bravo’s bowling. Varma rallied the sinking ship to a commendable total of 155/7 in the company of Unadkat. Varma made 51 not out off 43 balls with 3 fours and 2 sixes. Unadkat made 9-ball 19 not out with 1 four and 1 six.

Like Mumbai, CSK too had a poor start, losing opener Ruturaj Gaikwad for a golden duck as he gave a catch to Varma of Daniel Sams’ bowling. Santner then fell next for 11, as Unadkat takes the catch of Sams’ bowling.

Ambati Rayudu and Robin Uthappa then consolidated the innings with a stand of 50 runs in 6.3 overs. Uthappa fell for 25-ball 30 with 2 fours and 2 sixes off Unadkat’s bowling while Shivam Dube joined Rayudu in the middle. But Dube could not repeat his earlier heroics, and fell for 13, edging to behind to keeper Kishan off Sams’ over.

Rayudu then fell to put the chase in disarray. Rayudu holed out in the deep to Pollard for 35-ball 40 in the 15th over off Sams’ bowling. Once Jadeja fell for 3 in the 16th over, CSK was in a spot at 106/6. But Dwaine Pretoris combined with Dhoni to bring CSK near to the target. He played a cameo of 14-ball 22 with 2 fours and 1 six being dismissed off the first ball off the 20th over bowled by Unadkat. Dwayne Bravo then gave the strike back to the keeper Dhoni who has 16 runs to score in 4 balls. Dhoni then cracked a 6, 4, 2, 4 to finish off the match.