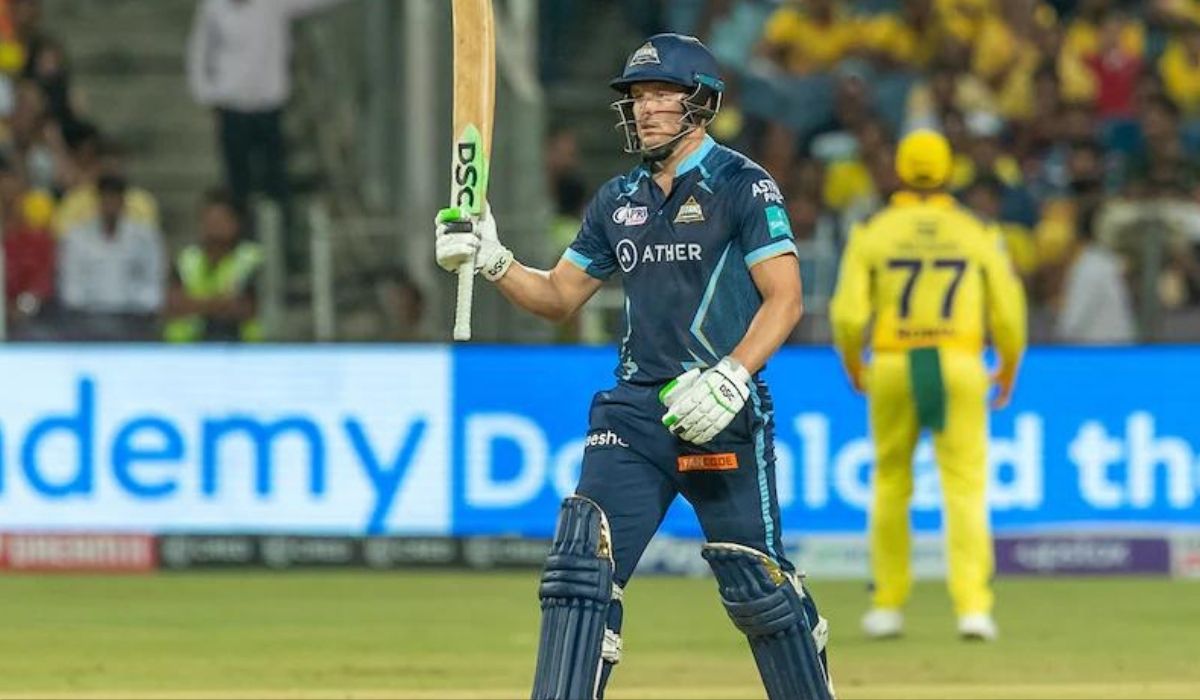 David Miller played a spectacular knock of 94 not out to help Gujarat Titans chase down 170 with three wickets to spare against Chennai Super Kings in IPL 2022 at Pune on April 17. Miller’s knock helped the Titans recover from 16/3 and again from 87/5 to post a thrilling win. Miller was helped by stand-in captain Rashid Khan’s blazing cameo of 21-ball 40. With this win, the Titans jumped to the top of the table with 10 points, having won 5 games out of 6.

Put into bat, CSK has had a slow start, losing opener Robin Uthappa for 3, falling LBW to Mohammed Shami. Moeen Ali then fell next for 1, being bowled by Alzarri Joseph. Ruturaj Gaikwad finally found form and joined forces with Ambati Rayudu to lead CSK’s recovery.

The two combined to post a stand of 92 runs in 9.1 overs. But Rayudu fell for 46, holing out in the deep to Vijay Shankar off Joseph’s bowling to slow down the momentum. Rayudu slammed 4 fours and 2 sixes in his 31-ball 46. Gaikwad soon fell thereafter, sweeping a delivery from Yash Dalal to Abhinav Manohar in the deep. Gaikwad made 48-ball 73 with 5 fours and 5 sixes.

At 124/3 in 14.3 overs, CSK looked poised to score around 180-190, but Titans bowled great length in the death overs to deny CSK hitters any room for big shots. It was only in the last over that Lockie Ferguson erred in his length and Ravindra Jadeja clobbered two sixes to help CSK post 169/5. Jadeja made 12-ball 22. Shivam Dube was run-out on the last ball for 17-ball 19. The two powerful hitters of the ball could manage just 38 runs in the last 22 balls.

Gujarat started disastrously, losing opener Shubman Gill for a golden duck as he played uppishly to point fielder Uthappa off Mukesh Choudhary. Vijay Shankar, who is having a horrible run of form, fell for a second-ball duck as he edged it behind to keeper MS Dhoni off Maheesh Theekshana. The Sri Lankan spinner then has had his second victim when Manohar drove straight uppishly to Ali for 12.

Even though wickets kept falling at the other end, Miller kept on going for big shots, looking in a zone. He and W Saha had a small stand of 32 runs before the Titans keeper gave a catch to Gaikwad off Jadeja’s bowling.

Rahul Tewatia, who is usually known for playing well when the chips are down, could not offer much support to Miller, falling for 6 off Dwayne Bravo. But Tewatia’s wicket got Rashid, who was captaining Titans instead of injured Hardik Pandya, to join Miller in the middle. Rashid took on the job of getting the big hits going in the death overs and got stuck into Chris Jordan.

He slammed the 18th over bowled by Jordan for 3 sixes and a four to take 25 runs off the over and bring down the equation to 23 runs off 12 balls. Rashid fell in the next over, mistiming a hit to Ali off Bravo, but by then he has done the job for his team. Rashid made 21-ball 40 with 3 sixes and 2 fours.

With 13 runs needed, Miller slammed a six on the third ball off Jordan. The England bowler then bowled a beamer, and Miller cracked a four off the free hit. Miller then ran two to complete a thrilling win. Miller made 94 off 51 balls with 8 fours and 6 sixes.