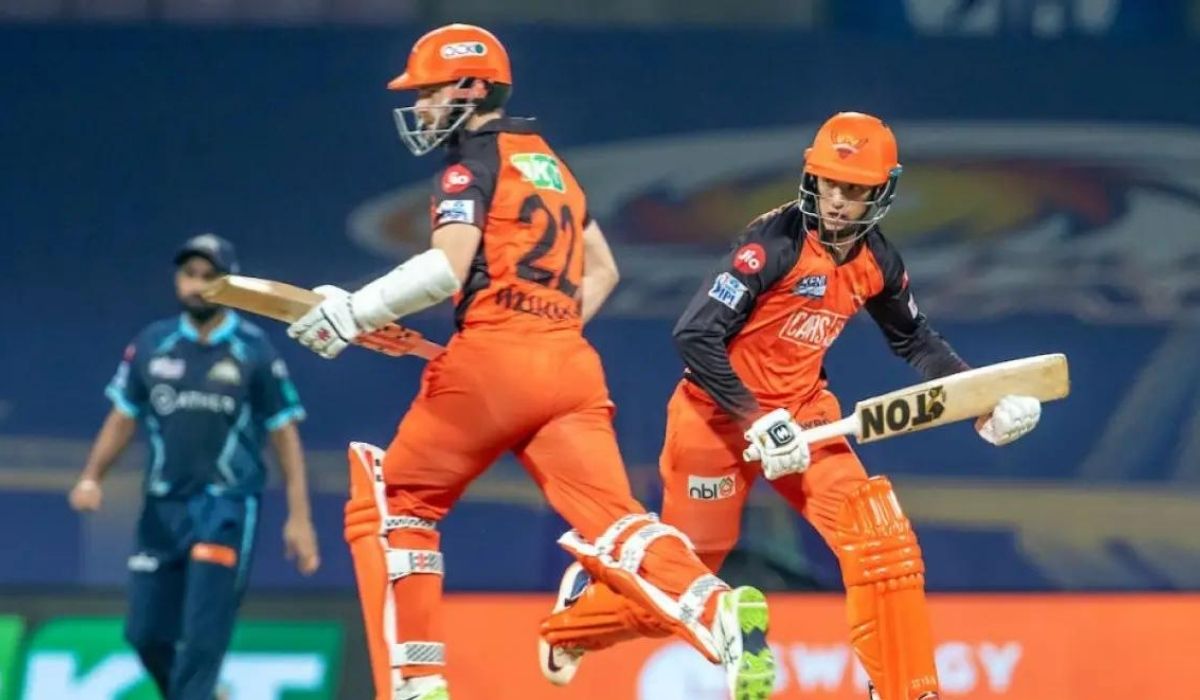 SRH broke the 3-match winning run of Gujarat Titans to hand the Hardik Pandya-led team their first defeat in IPL 2022 at DY Patil Stadium on April 11. SRH first restricted Gujarat Titans to 162/4 before chasing down the target with 5 balls to spare.

Asked to make the first use of the wicket, Hardik’s Gujarat struggled with their opening pair once again. Last-match hero for Titans, Shubman Gill, fell for 7 as he gave a catch to Rahul Tripathi off the bowling of Bhuvneshwar Kumar. Sai Sudarshan, who had impressed in the previous match, fell cheaply for 11 off 9 balls with 2 fours.

Captain Pandya then joined the team’s second opener Mathew Wade in the middle. But Wade fell in the 8th over. He made a 19-ball 19 before he was LBW for 11. Meanwhile, Pandya dropped an anchor, rallying around the batsmen to follow before going for the kill in the death overs.

David Miller then struggled to force the pace and was out for 12 with 0 fours and 0 sixes. Miller was cleaned up in Marco Jansen’s over for 12.

Pandya then had a good partnership with Abhinav Manohar who combined with him to put a stand of 50 runs in 5.2 overs. Manohar fell to Bhuvi, caught by Tripathi, for 21-ball 35 with 4 fours and 1 six. Pandya struggled for timing in the end overs and was rather subdued by his standards. However, his team still made 162/7. Natarjan was the best bowler for SRH, taking 2/34.

SRH innings began slowly with openers Kane Williamson and Abhishek Sharma managing just 11 runs in the first 4 overs. Williamson changed gears in the fifth over, taking a six and a four bowled by Mohammed Shami. Sharma followed suit in the next over, creaming 4 straight fours off Lockie Ferguson. From 11/0 in 4 overs, SRH jumped to 42/0 in 6 overs at the end of powerplay overs.

Even former SRH spinner Rashid Khan was not spared either. Sharma cracked a four each of Rashid’s first two overs. But Sharma fell in Rashid’s second over, holing out to Sai Sudarshan for 42 off 32 balls with 6 fours.

Rahul Tripathi then joined Williamson in the middle. After a few quiet overs, SRH skipper had it enough and launched two straight sixes off Hardik’s over – the 13 of the innings. Meanwhile, Tripathi retired hurt as Pooran walked in.

Williamson then reached his fifty, cracking a four and a six to reach the milestone in Pandya’s next over. But he didn’t last long holing out in the deep for Tewatia off Pandya’s bowling in the same over.

The chase got tricker when SRH needed 28 runs off 18 balls. But Nichola Pooran pulled up some brilliant hooks, flicks, and cover drives to take SRH home in the company of Aiden Markram.