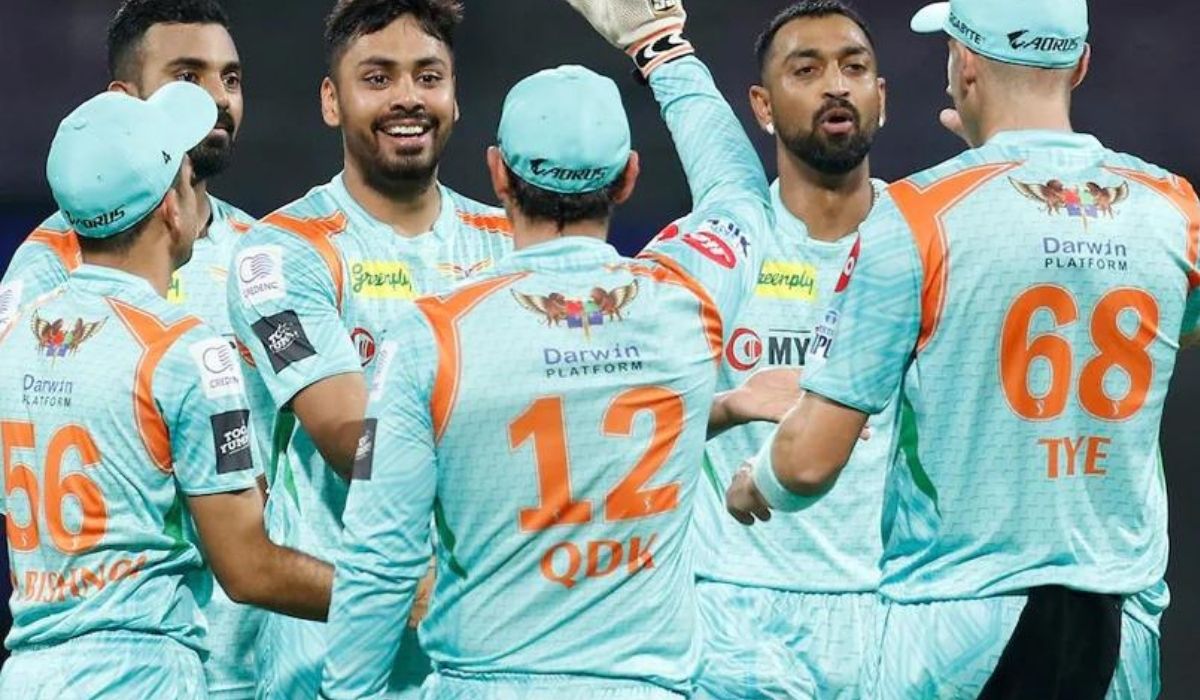 Lucknow Super Giants successfully defended a score of 169/7 against SRH at DY Patil Stadium on April 4 to post their second win in IPL 2022. Lucknow captain KL Rahul led from the front, playing a responsible knock of 68 off 54 balls. Avesh Khan then led the bowling attack to take 4/24 as LSG restricted SRH to 157/9 to snatch a 12-run win.

Lucknow was asked to take the first strike, and their innings began on the worst note. They lost opener Quinton de Kock for 1 off the bowling of Washington Sundar. Evin Lewis, Lucknow’s hero in the win over CSK in the previous game, was LBW for 1 off Sundar’s next over. Manish Pandey, who is having a horrible season so far, fell for 11 after he holed out to Bhuvneshwar Kumar off Romario Shepherd.

At 27/3, LSG looked in great trouble, but captain Rahul found an able partner in Deepak Hooda to take the team out of troubled waters. The two posted a stand of 87 runs in 10.2 overs. Hooda was the dominant partner in this stand and fell for 51 off 33 balls with 3 fours and 3 sixes.

Rahul was just looking to hit top gear but fell LBW to T Natarajan for a well-made 68 off 50 balls with 6 fours and 1 six in the 19th over. Young Ayush Badoni then played a quick cameo of 12-ball 19 with 3 fours to take the team’s score to 169/7. Natarajan, Sundar, and Shepherd took two wickets apiece for SRH.

Captain Kane Williamson came out to open once again with Abhishek Sharma and the two build a quick stand of 25 runs in 3.3 overs before the Kiwi batsman gave a catch to Andrew Tye off Avesh for 16. Sharma fell next for 13, holing out Pandey off Khan.

Rahul Tripathi and Aiden Markram then build a stand of 44 runs in 5 overs to threaten to take the game away from Lucknow’s reach. Tripathi was impressive, coming up with some innovative strokeplay and finding the gaps with ease. Markram fell first for 12, but Tripathi looked in great touch and continued with his shot-making.

But Tripathi fell at a critical juncture to derail the chase. He scored 44 off 30 balls with 5 fours and 1 six, giving a catch to Ravi Bishnoi off the bowling of Krunal Pandya.

At 143/6, SRH had their last hopes pinned on Sundar. But the all-rounder disappointed, falling for 18. Lucknow then tightened the length in the last couple of overs to win the match by 12 runs as SRH could muster only 157/9.