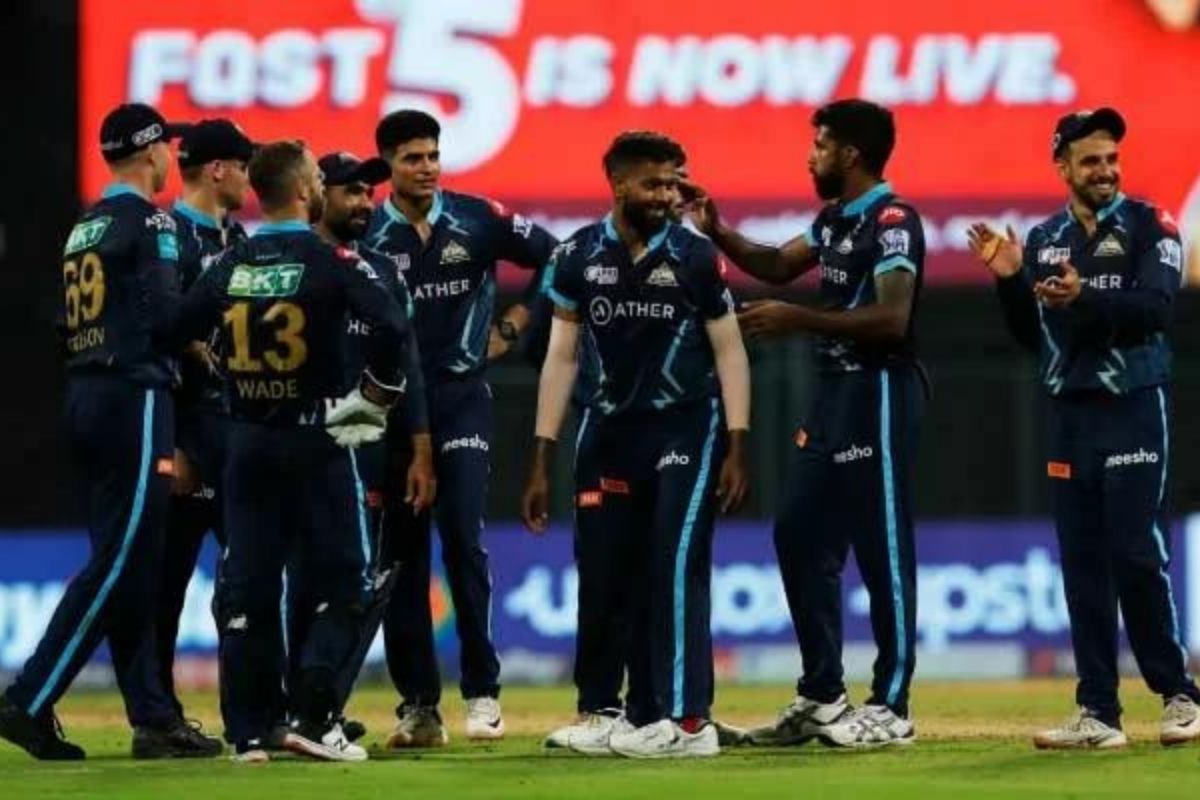 Put into bat, Gujarat Titans lost opener Mathew Wade for 1 on the third ball of the match as the Australian keeper tried to play a scoop, but only ended up edging to it keeper Rishabh Pant off Mustafizur Rahman. Vijay Shankar came in to bat at No 3 and looked completely out of sorts, as he struggled to rotate the strike or get the big hits going. Titans’ second opener Shubman Gill did the bulk of the scoring in a stand of 42 with Shankar, who fell for 13 after being bowled by Kuldeep Yadav.

Titans skipper Hardik Pandya joined Gill in the middle, and the two rebuild the innings. The two played the ball on merit, and avoid risky shots. The two combined to put a stand of 65 runs in 7.5 overs before Pandya fell on Khaleel Ahmed’s bowling. Pandya scored 27-ball 31 with 4 fours.

Gill took charge after that and tried to accelerate. He finally fell in the 18th over, giving a catch to Axar Patel off the bowling of Ahmed. Gill made 46-ball 86 with 6 fours and 4 sixes. David Miller and Rahul Tewatia played a cameo of 20* and 14 to steer the team to a match-winning total of 171/6. Capitals’ Rahman took 3/23.

In reply, Delhi openers faltered, with Tim Seifert falling to Pandya for 3, giving a catch to Abhinav Manohar. A lot rested on the other opener Prithvi Shaw. But Shaw struggled against the short balls from Ferguson. It wasn’t too short to pull or too full to drive from Ferguson. Shaw finally lost patience and tried a pull off a rising good length delivery from Ferguson, but the batsman was never in control of that shot and holed out in the deep to Shankar. Shaw made 10.

Mandeep Singh looked in good touch, cracking 4 fours in his 18, but he could not last long and edged it behind on the bowling of Ferguson. At 34/3 in the 5th over, Delhi looked in trouble and all hopes were pinned on captain Rishabh Pant, who found a reliable partner in Lalit Yadav.

The two combined to put a stand of 61 runs in 6.5 overs with runs flowing easily from both ends. But Lalit got run out for 25 to put the pressure back on Pant. The Delhi Capitals skipper tried to take on Ferguson and paid the price. He pulled a rising short ball on the off side straight to Manohar at deep square leg. Pant made 29-ball 43 with 7 fours.

Delhi’s last hope was Rovman Powell and he showed promise when he raced to 12-ball 20 with 2 fours and 1 six. But Powell missed an incoming delivery from Mohammed Shami to be out LBW and also derail Delhi’s chase. Delhi finally managed 157/9 to lose the match by 14 runs. Ferguson was named man of the match for his 4/28.