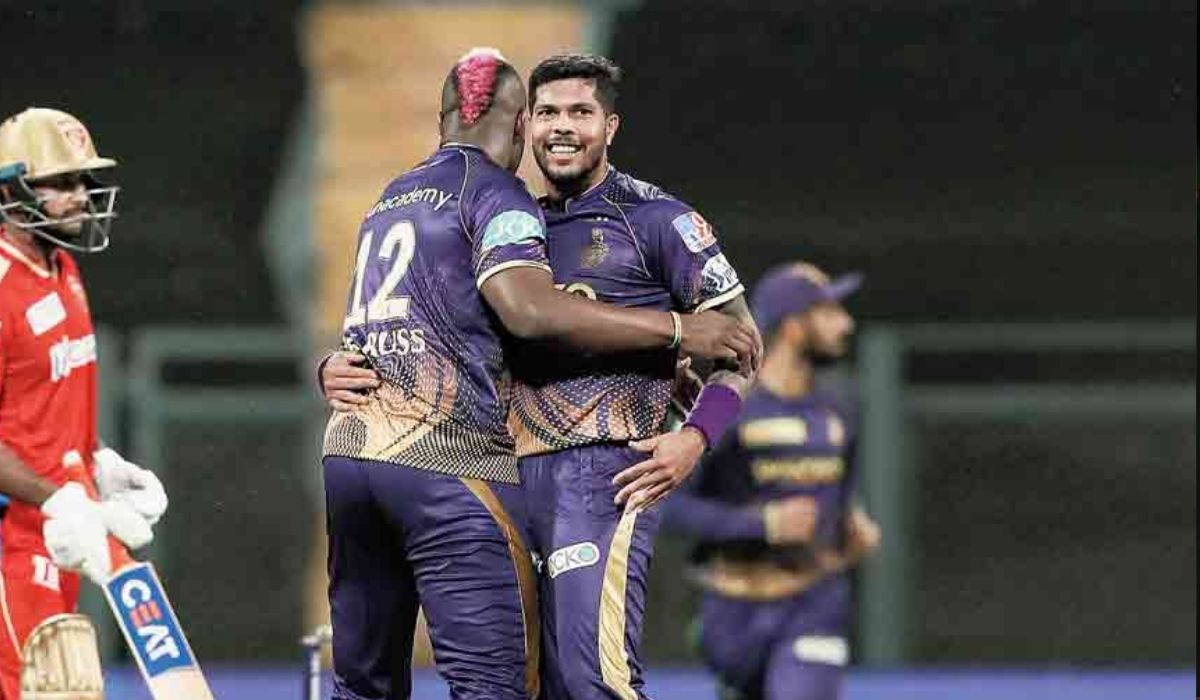 KKR produced a team effort to beat Punjab Kings comfortably by 6 wickets with 33 balls to spare in the 8th match of IPL 2022 at Wankhede on April 1. Following the trend of putting the opposition in, KKR captain Shreyas Iyer did the same. Punjab was bowled out for 137 on a batting beauty before KKR overhauled the target, losing just 4 wickets.

Punjab’s innings began on a positive note as they showed urgency to put up a big score on a flat track. After captain Mayank Agarwal was LBW for 1 off Umesh Yadav, Bhanuka Rajapaksha went after the bowling, racing to 9-ball 31 with 3 fours and 3 sixes before he tried a shot too many and holed out to Tim Southee off Shivam Mavi’s bowling.

At 43/2 in the 4th over, opener Shikhar Dhawan needed to bat through the innings, but he edged it to keeper Sam Billings off Southee for 16. Post Dhawan’s dismissal, none of the Punjab batsmen showed any application to stay at the wicket and bat out the 20 overs. Wickets fell one after another and Punjab looked in danger to be bowled out for less than 110 before a cameo of 25 by Kagiso Rabada saved some blushes.

M Shahrukh Khan, who is known for his big-hitting, was out after losing his patience and edged it behind to keeper Billings off Southee for a 5-ball duck. Odean Smith, who finished a 200-run chase against RCB in the previous match, could not get his big hits going.

However, Rabada coming to bat at No 10 used the long handle to good effect to stitch a stand of 35 runs in 3.3 overs. In the 18th over, Rabada mistimed a hit as Southee took a brilliant running catch off Russell’s bowling. Rabada made 16-ball 25 with 4 fours and 1 six. Next ball, Arshdeep Singh ran himself out as Punjab innings folded for 137. Umesh Yadav took 4/23 in the match.

KKR openers failed to fire in this match, and it was left to the middle-order manned by Russell to take the team home. First, opener Ajinkya Rahane was dismissed for 12 off Rabada. Venkatesh Iyer then fell next for 3 off Smith’s bowling.

Captain Shreyas tried his best to up the scoring rate, cracking 5 fours in his 15-ball 26, but Rahul Chahar had him dismissed with Rabada completing the catch. Next ball, Nitish Rana fell LBW for a golden duck as he failed to read a straighter one.

At 51/4 in 7 overs, KKR was in a slight bother, but Russell counter-attacked Punjab bowling to derail any hopes of a setback. Russell began sedately but opened up when the fellow West Indian Smith came to bowl to him. Russell cracked 3 sixes and a four, while Billings cracked a six to take 30 off Smith’s over. The win was a mere formality then.

Russell smacked two straight sixes of Liam Livingstone in the 15th over to seal the win. Russell remained not out on 70 off 31 balls with 2 fours and 8 sixes. Billings scored 24 not out off 23 balls with 1 four and 1 six.