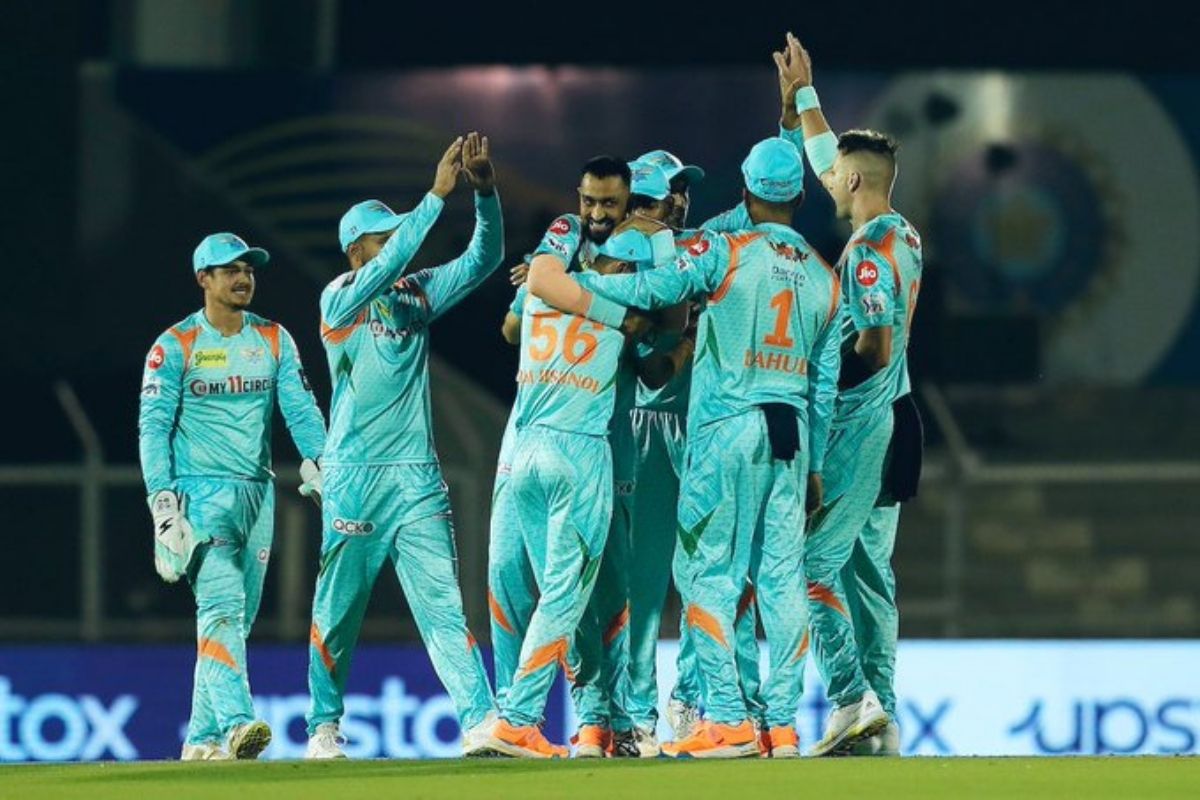 Lucknow Super Giants won a crucial two points when they defeated defending champions Chennai Super Kings by 6 wickets in the 7th match of IPL 2022 at Brabourne Stadium in Mumbai on March 31. Lucknow chased down a tall score of 211 with West Indian Evin Lewis cracking a match-winning 55 not out. Defending champions CSK lost two matches in a row.

Lucknow asked CSK to bat first on a batting beauty. CSK lost opener Ruturaj Gaikwad for 1 after he was run out while looking for a quick single. The other opener Robin Uthappa and No 3 Moeen Ali then combined to put a stand of 54 runs for the second wicket in 5 overs. Uthappa cracked a fifty off just 27 balls with 8 fours and 1 six as he fell LBW to Ravi Bishnoi. Moeen Ali then fell next for 22-ball 35 after he was bowled by Avesh Khan.

Shivam Dube then came to the party, combing with Ambati Rayudu to stitch a partnership of 60 runs in 6.1 overs. Rayudu then fell for 27 after being bowled out by Ravi Bishnoi.

Dube was looking good for a fifty but holed out in the deep while just a run short of the milestone. Dube holed out in the deep to Evin Lewis off Khan for 30-ball 40 with 5 fours and 2 sixes. The dismissal brought former CSK captain MS Dhoni to join current skipper Ravindra Jadeja in the middle. Dhoni slammed a first-ball six and helped CSK to post a strong total of 210/7. Dhoni remained not out on 6-ball 16 with 2 fours and 1 six. Bishnoi was the best bowler for Lucknow, taking 2/24.

Lucknow was off to a match-winning start with openers KL Rahul and Quinton de Kock combining to put a stand of 99 runs in just 10.2 overs. CSK was guilty of wayward bowling with Moeen Ali dropping de Kock before the South African keeper-batsman could reach his fifty. CSK finally got the breakthrough when Dwaine Pretorius had Lucknow captain Rahul slogging it to Ambati Rayudu for 26-ball 40 with 2 fours and 3 sixes.

Manish Pandey then fell next for 5. De Kock and Evin Lewis then came together to help put 33 runs in 3.1 overs. De Kock fell for 62 off 45 balls with 9 fours after he mistimed a hit to keeper Dhoni off Pretorius. When Deepak Hooda fell for 13 at 171/4 in 17.2 overs, the match hung in balance with Lucknow requiring 40 runs off 16 balls.

Ayush Badoni and Lewis then made the most of the CSK weak links, taking on Shivam Dube’s medium pace bowling, to take 25 runs off the 19th over and all but seal the game for Lucknow. Lewis cracked a 6 and 2 fours, while Badoni cracked a six in the 19th over.

It was all over for CSK when Badoni cracked a six in the 20th over to seal the game for Lucknow and earn two vital points.