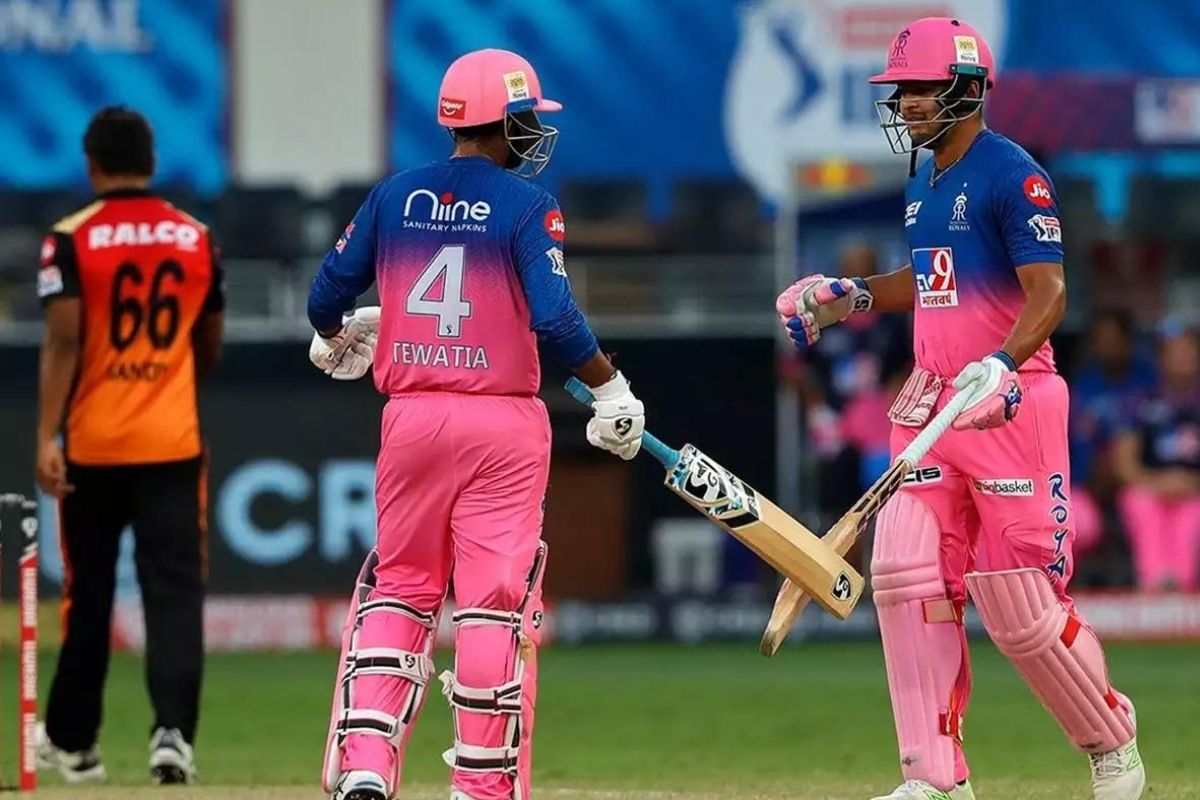 Rajasthan Royals became the first team to defend a total in IPL 2022 when it defeated SRH by 61 runs in the 5th match at Pune on March 29. Royals posted a score of 210/6, with captain Sanju Samson leading from the front with 27-ball 55 before restricting SRH for 149/7.

Royals was asked to take the first strike after SRH captain Kane Williamson won the toss and followed the trend of chasing totals. However, the move backfired as Royals opening partners Jos Buttler and Yashasvi Jaiswal posted a stand of 58 runs in the powerplay overs. The Royals was helped by erratic bowling from SRH. Buttler took on Umran Malik in the fourth over and cracked two 4s and two 6s to give the necessary momentum to the innings.

Jaiswal fell first to Romario Shepherd for 16-ball 20. Malik then had his revenge when he had Buttler caught behind for 28-ball 35 with 3 fours and 2 sixes. However, Malik had his man only after taking the DRS. Sanju and Devdutt Padikkal then went on to stitch a stand of 68 runs in 7 overs. Padikkal, who was playing his debut match for a new team Royals, made the most of wayward SRH bowling, helping himself to 41 off 29 balls with 4 fours and 2 sixes before he was bowled by Malik. Samson dealt only in sixes to keep the momentum going. He finally fell for 55 with 3 fours and 5 sixes in the 16th over.

But Shimron Hetmyer kept the run rate going with some power hitting in the death overs. The West Indian slammed 13-ball 32 with 2 fours and 3 sixes before he was bowled by T Natarajan while looking for a big shot. Royals ended with 210/6 but needed to bowl and field well to restrict SRH as totals have been chased with ease in IPL so far.

The SRH innings had a nightmarish start, as they found themselves at 3/9 by the 5th over. SRH captain Williamson who opened the batting was the first to go as Prasidh Krishna had the Kiwi player caught in slips by Padikkal after the ball bounced to him from keeper Samson’s gloves. Rahul Tripathi was the next to go as Krishna had him edge the ball behind to keeper Samson for a three-ball duck.

Trent Boult then came to the party, getting Nicholas Pooran to play across a delivery and fall LBW for a 9-ball duck. Soon, SRH were 29/4 as Abhishek Sharma holed out in the deep to Hetmyer off YS Chahal for 19-ball 9. When Abdul Samad fell to Chahal for 4, SRH was down and out at 37/5 at the halfway mark.

But Aiden Markram combined with Shepherd and then with Washington Sundar to reduce the margin of loss. Markram and Shepherd put together a stand of 41 runs before the latter was bowled by Chahal for 18-ball 24 with 2 sixes. Sundar and Markram then gave the charge to Royals bowlers, stitching a stand of 55 runs in 19 balls.

Sundar was impressive, cracking 5 fours and 2 sixes to race to 14-ball 40 before he fell to Boult. Markram ended the innings with a few big hits in the last over to score 57 not out off 41 balls with 5 fours and 2 sixes. SRH could manage 149/7 to lose by 61 runs,