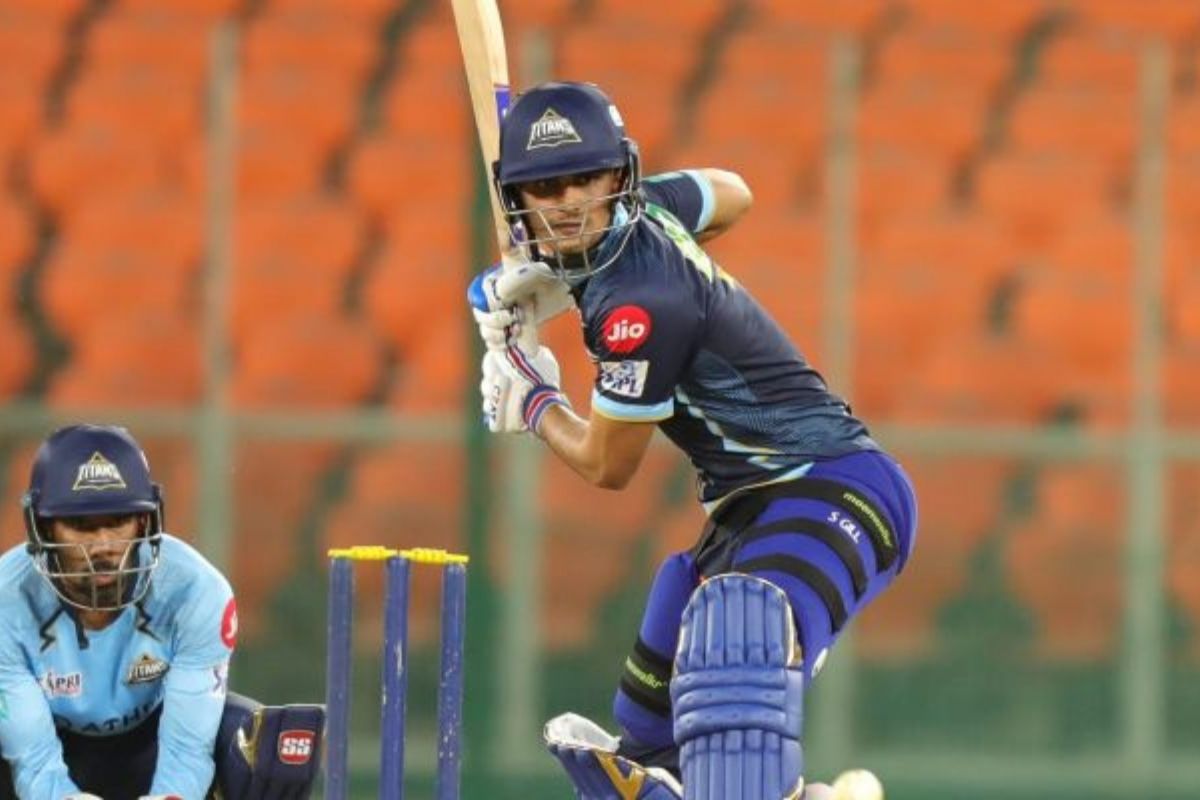 Gujarat Titans won a thriller against Lucknow Super Giants by 5 wickets and 2 balls to spare in the fourth match of IPL 2022 at Wankhede Stadium in Mumbai on March 28. Asked to chase 159 for a win, the Titans brushed off a slow start to seal the win with brutal hitting in the death overs.

Lucknow Super Giants had the worse start to their innings, losing their captain KL Rahul who edged to keeper Mathew Wade off Mohammed Shami for a golden duck. Shami produced the perfect outswinger that kissed the bat of Rahul and went to the keeper but Gujarat Titans had to resort to DRS to get the wicket.

Shami then produced an inswinger from round the wicket to dismiss LSG keeper-cum-opener Quinton de Kock bowled for 7. Evin Lewis then perished trying to hit the ball out of the park as he holed out to Shubman Gill off Varun Aaron. Gill ran 37 metres backward to take a tumbling catch. Manish Pandey then fell for 6 bowled by Shami to put LSG in big trouble at 29/4 in 4.3 overs.

Titans captain Hardik Pandya then missed a trick as he took off Shami from his spell as another wicket would have then ended up all hopes of LSG comeback.

But LSG did make a comeback, on the young shoulders of Ayush Badoni and Deepak Hooda who cracked a fifty each to stitch a stand of 77 runs in 11.2 overs. Badoni was extremely impressive, slog sweeping a delivery from Rashid Khan for a six. Hooda unleashed his strokes well, playing all across the ground for a 41-ball 55 with 6 fours and 2 sixes.

Hooda was dismissed LBW to a straighter ball from Rashid. Badoni then carried on the good work and gave the team a fighting total of 158/6 in the company of Krunal Pandya (13-ball 21 not out with 3 fours). He was dismissed in the last over, but not before giving LSG hope of making a match of it. Badoni cracked 41-ball 54 with 4 fours and 3 sixes. Shami was the best bowler for Titans with 25/3.

The Titans were off to a worse start similar to that of LSG. Titans opener Shubman Gill fell for a third ball duck after he gave a charge to Dushmantha Chameera but he could not clear the infield and was caught by Hooda. In Chameera’s next over, Vijay Shankar played all over a yorker and was bowled for 4.

Titans skipper Hardik then came in at No 4 to resurrect the innings in the company of opener Mathew Wade. Hardik unleashed a few breath-taking on-drives and looked in great touch. However, neither Wade nor Hardik could break loose amid tight bowling from LSG. The two posted a 57-run stand for the third wicket in 8 overs before Hardik looked to take on his brother Krunal but he could just mistime it and holed it out to Manish Pandey for 28-ball 33 with 5 fours and 1 six.

Meanwhile, Wade struggled to rotate the strike and was bowled for 30 off 29 balls when trying to force the pace off Hooda’s bowling.

The dismissal brought Rahul Tewatia to join David Miller in the middle. The two initially rotated the strike, taking the game to the death overs where they then started the carnage. It was Tewatia who started first, going after Hooda’s over in the 16th over when LSG needed 68 runs from 30 balls. Both Tewatia and Miller cracked a 6 and a 4 each off Hooda’s over to take 22 runs off the 16th over.

In the next over – 17th of the innings, Tewatia unleashed his slog sweep and reverse sweep to hit a 6 and 2 fours off Rahul Chahar.

However, the match saw a twist in the next over as Miller fell for 30 runs, hitting straight to KL Rahul at mid-wicket off Avesh Khan. However, Abhinav Manohar and Tewatia saw the Titans home with a few lusty blows in the end. In the last over bowled by Avesh Khan, Manohar struck 2 fours and Tewatia hit a boundary to seal the win. Tewatia remained not out on 40 off 24 balls with 5 fours and 2 sixes. Manohar remained not out on 7-ball 15.