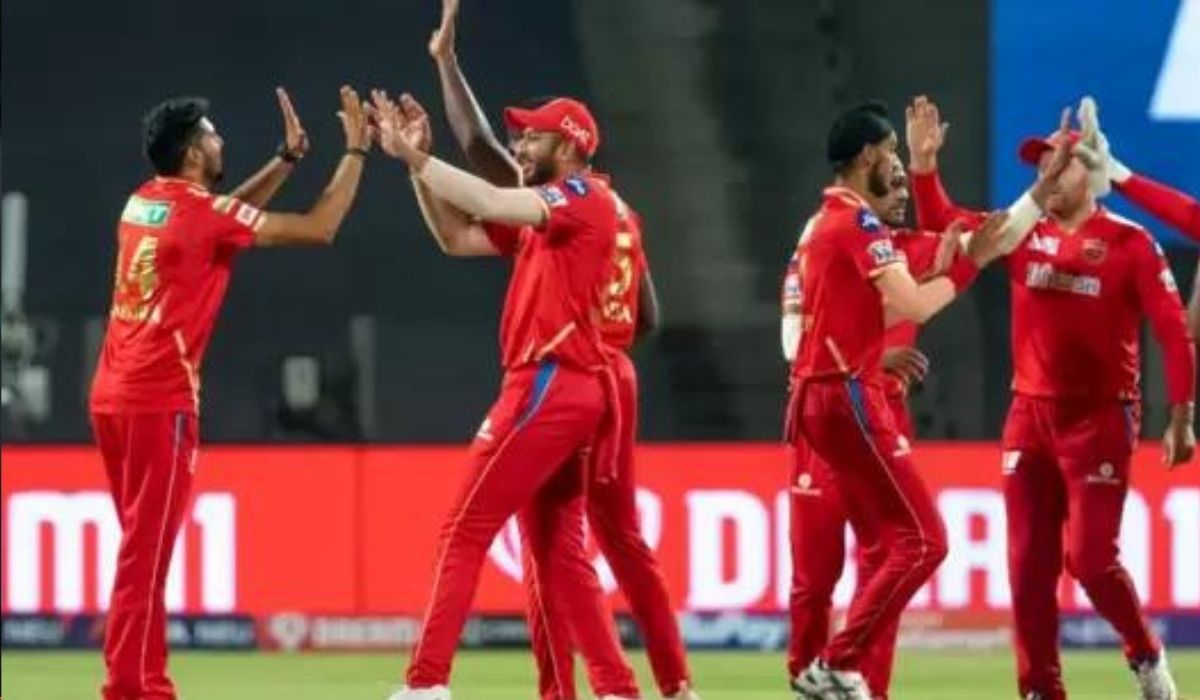 Mumbai’s winless streak in IPL 2022 continued as Punjab Kings eked out a 12-run win over the five-time defending champions at Pune on April 13. It was Mumbai’s fifth straight loss and Rohit Sharma and his men are still looking for their first win of the tournament. Punjab posted a total of 198/5 before restricting Mumbai for 186/9.

Punjab Kings captain Mayank Agarwal finally came good with the bat after a string of low scores. He combined with his opening partner Shikhar Dhawan to stitch a stand of 97 runs in less than 10 overs. Mayank was aggressive with the bat, striking 6 fours and 2 sixes during his knock of 32-ball 52.

No 3 Jonny Bairstow didn’t last long and was bowled by Jaydev Unadkat for 12. Liam Livingstone, who has had been in terrific form, had an off day at work as he could manage just 2 before he was bowled by Jasprit Bumrah.

Meanwhile, Dhawan kept on attacking to put up a decent total on board. Dhawan made 50-ball 70 with 5 fours and 3 sixes before he gave a catch to Kieron Pollard off Basil Thampi’s bowling.

Punjab, meanwhile, learned from their last match’s mistakes as they preserved wickets towards the end to launch the final onslaught. And Jitesh Sharma and Shahrukh Khan did exactly that. The two put on a 46-run stand in 2.4 overs in the death to give the necessary boost to the team’s total. Finally, Punjab ended with 198/5. Jitesh cracked 15-ball 30 not out with 2 fours and 2 sixes. Shahrukh Khan cracked two sixes in his 6-ball 15.

Captain Rohit Sharma looked in great touch, hitting his way to 17-ball 28 with 3 fours and 2 sixes. But the pressure of the required run rate got to him as he looked to go for another big hit of K Rabada only to end up giving a catch. Ishan Kishan fell for 3 in the next over to leave Mumbai struggling at 32/2 in 4.1 overs.

Tilak Varma was then sent to partner South African youngster Dewald Brevis and the two put Mumbai’s chase back on track. The two stitched a stand of 84 runs in just 6.1 overs to make the chase look like a walk in the park. Brevis was the stunner as he smashed four sixes in an over from Rahul Chahar. But once Brevis fell for 49, holing out in the deep to Arshdeep Singh of Odean Smith’s bowling, things start falling apart for Mumbai.

And then a couple of run-outs put Mumbai’s chase in disarray. First, Varma departed for 36 in a mix-up with Suryakumar Yadav. Pollard then sacrificed his wicket as another mix-up with SKY, resulting in the West Indian wicket.

Everything rested on SKY then, and the 360-degree cricketer fought hard to scale up. But with 22 runs required off 9 balls, SKY went after the bowling and lost his wicket to Rabada. SKY made 30-ball 43 with 1 four and 4 sixes. Finally, Mumbai was restricted to 186/9 to lose by 12 runs.