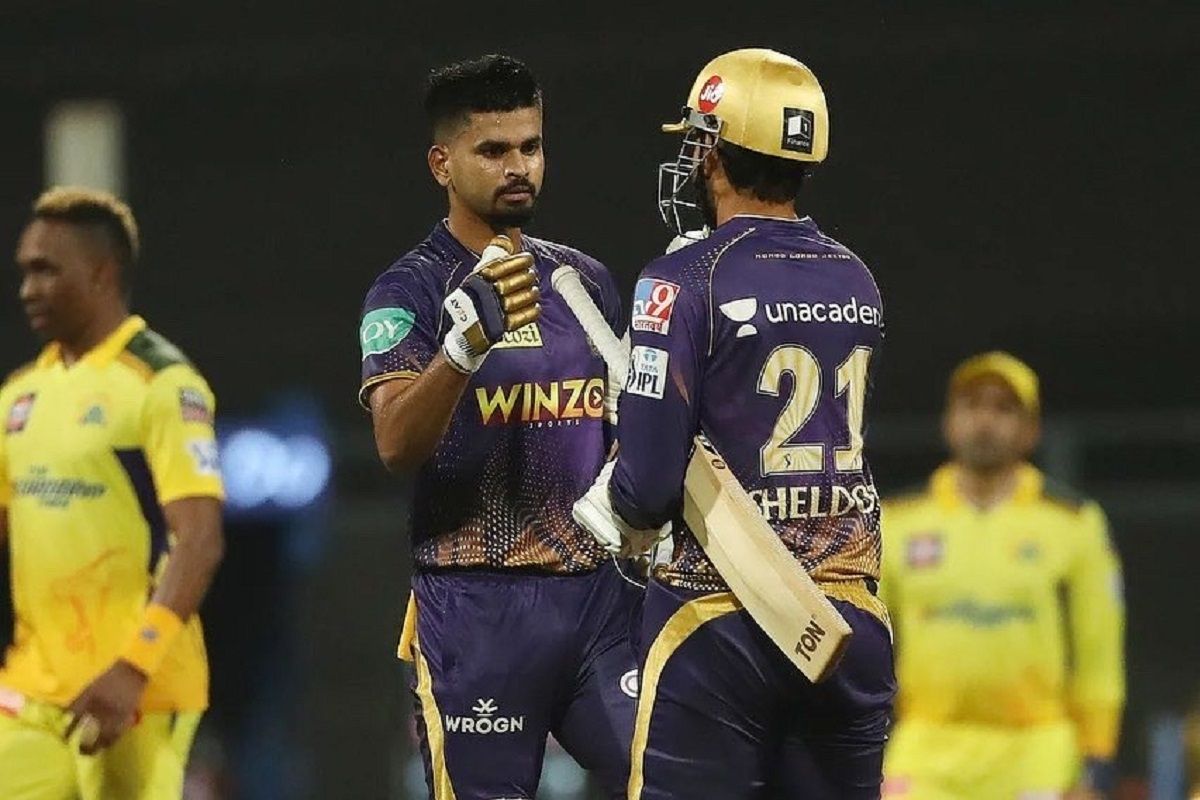 MS Dhoni turned back the clock as he cracked a magnificent fifty, but his team CSK ended on the losing side in IPL 2022 first match against KKR at Mumbai on March 26.

Asked to bat first, CSK lost both their openers Ruturaj Gaikwad (0) and Devon Conway (3) to Umesh Yadav. At No 3, Robin Uthappa looked in great touch, cracking 2 fours and 2 sixes as he raced to 28 off 21 balls. But as he lost his balance to a wide delivery on the leg side, he was stumped by KKR new keeper Sheldon Jackson off Varun Chakravarthy.

The dismissal of Rayudu brought CSK’s new captain Ravindra Jadeja to the crease. The two-paced wicket of Wankhede, however, didn’t help Jadeja as he struggled with his timing. Meanwhile, he ran out Ambati Rayudu after he turned back his partner in a non-existent single. Rayudu fell for 15.

New recruit Shivam Dube didn’t last long as he mistimed a pull to Sunil Narine off Andre Russell for 3.

The dismissal brought MS Dhoni to the crease to a loud cheer from a sparse crowd. Dhoni too struggled to get going against KKR spinners – Varun Chakravarthy and Sunil Narine – who gave away 38 runs in a combined spell of 8 overs for 1 wicket.

It was only when the dew was settling in, and three overs remained that Dhoni opened up, cracking three fours off Russell in the 18th over. He first squared cut a widish delivery for four. He then unleashed an on the drive for a boundary. On the last ball of the 18th over, he glided the ball to the third man boundary via the slips.

In the next over bowled by Mavi, Dhoni pulled a beamer over the keeper’s head for a six but could play only a dot ball on the free-hit. Dhoni reached his fifty off a single in the 20th over. On the last ball of the innings, Jadeja slammed a six – the only boundary off his bat as the CSK captain made a laboured 28-ball 26 not out.

KKR had a new opening pair in Ajinkya Rahane and Venkatesh Iyer this season, and the two didn’t disappoint, putting up a 43-run stand for the first wicket. With the two going strong, CSK captain Jadeja brought in Dwayne Bravo who induced a thick edge from Iyer’s bat to keeper Dhoni. Iyer fell for 16.

Nitish Rana joined Rahane in the middle and two kept the momentum going. Rahane was impressive, hitting a few glorious boundaries over the bowler’s head. Rana fell for 17-ball 21 to Bravo, but Rahane kept the good work going in the company of KKR captain Iyer.

Rahane finally fell to spinner Mitchell Santner for a 34-ball 44 with 6 fours and 1 six. Sam Billings played a cameo of 22-ball 25 before he holed out in the deep of Bravo. Shreyas got the job done in the company of Jackson.

It was Umesh Yadav who took 2/20 in 4 overs earned the man of the match award.