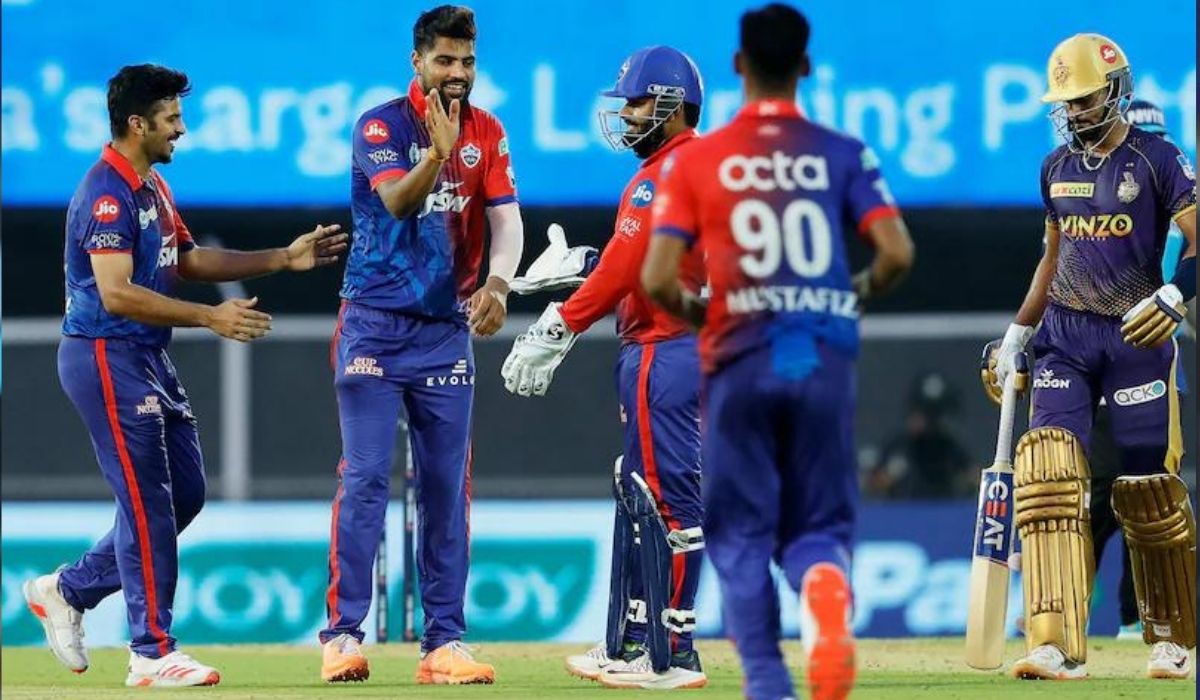 A team effort saw Delhi Capitals posts a convincing win over KKR in IPL 2022 at Brabourne Stadium on April 10. Delhi posted a big score of 215/5 before bowling out KKR for 171 to post a 44-run win. The architects of the win were Delhi openers David Warner and Prithvi Shaw, and former KKR bowler Kuldeep Yadav.

It was a good toss to lose for Delhi. Asked to bat first, Delhi openers Warner and Shaw posted a stand of 93 runs in 8.4 overs. On a batting beauty, both Shaw and Warner made merry, blunting the strong KKR bowling attack. Shaw, who is in great touch in the tournament, carried his form from the last match and struck 51 off 29 balls with 7 fours and 2 sixes before he was bowled by Varun Chakravarthy.

Captain Rishabh Pant promoted himself to No 3 to keep the momentum going. He and Warner posted a stand of 55 runs in just 4.1 overs. Pant fell looking for a big shot and was caught by Umesh Yadav off the bowling of Andre Russell. Pant made 14-ball 27 with 2 fours and 2 sixes.

Sunil Narine then brought KKR back into the game, dismissing Lalit Yadav LBW for 1, and Rovman Powell caught in the deep for 8. Warner fell in the 17th over, giving a catch to Ajinkya Rahane off Yadav’s bowling. Warner made 45-ball 61 with 6 fours and 2 sixes.

KKR started with an exciting first over, with Ajinkya Rahane getting three lives. He was given out twice in two balls but survived on DRS each time. On the third ball, he gave a faint edge behind but none of the Delhi fielders appealed. While Rahane struggled, Venkatesh Iyer cracked two straight sixes off Thakur. Iyer finally fell to Khaleel Ahmed, giving a catch in the deep to Axar Patel for 18. Rahane’s woes ended when he holed out to Thakur in the deep off Ahmed’s bowling.

Shreyas Iyer and then Nitish kept KKR in the chase, putting up a stand of 69 runs in 7 overs. However, the asking rate kept climbing. Rana fell first hitting a low full toss to Shaw off Lalit Yadav for 20-ball 30 with 3 sixes. Shreyas reached a fifty after hoisting a delivery from Kuldeep Yadav for six. But he was stumped next ball attempting a similar shot but failed to read a googly. Shreyas made 33-ball 54 with 5 fours and 2 sixes.

After Iyer’s wicket, the chase fizzled out, as KKR batsmen looked to hit the ball out of the park every other delivery. Kuldeep reaped the benefits, taking three wickets in his last over. He dismissed Pat Cummins LBW for 4, Sunil Narine for 4 as the West Indian holed out in the deep, and Umesh on the next ball for a duck. He took a good diving catch to dismiss Umesh and ended up with 4/35. Needing 73 runs in 24 balls, it was too much for Russell to do, and was out for 21-ball 24.