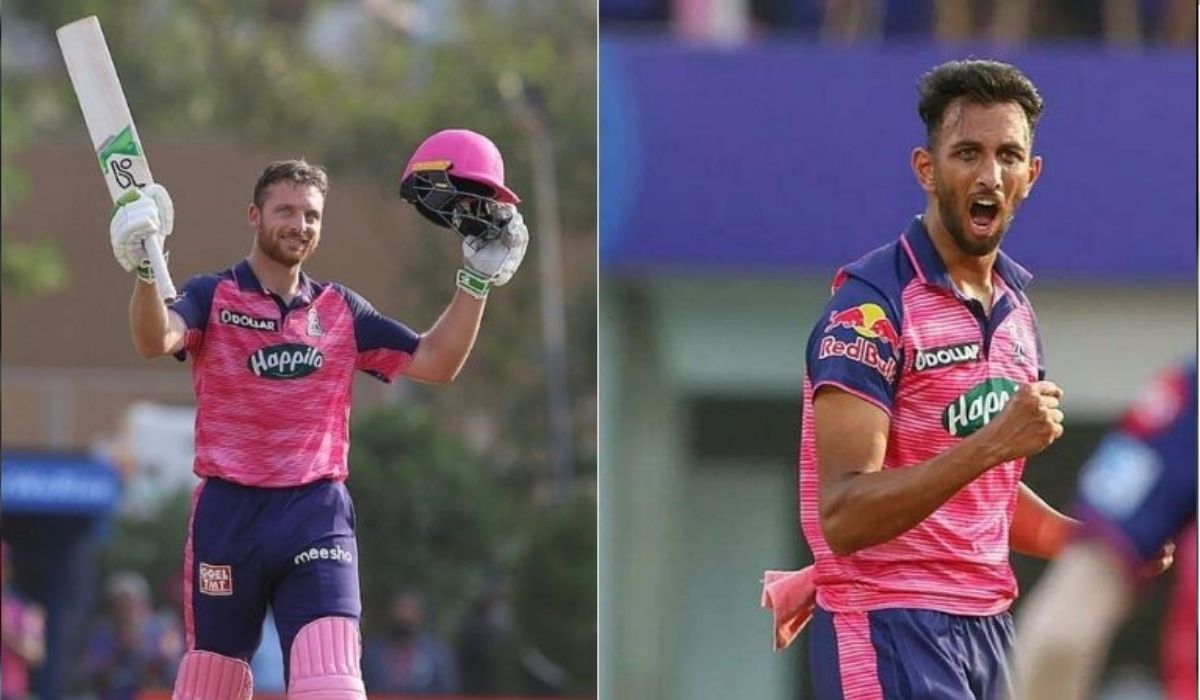 Rajasthan Royals opening batter and wicketkeeper Jos Buttler has nothing but appreciation for his Rajasthan Royals teammate Prasidh Krishna. The England star feels that the youngster has all the attributes to play all three formats for India in near future.

Prasidh Krishna, who made heads turn with his performances in domestic as well as IPL in recent years, made his India debut in ODIs in the past year against England. He has played just seven ODIs but has already picked up two four-wicket hauls. On the whole, he has picked 18 wickets in his career so far with the best of 4/12 while giving away 4.84 runs per over.

“He has some pace in the nets and skills, he’s got all the attributes to be a very successful fast bowler for India in all formats of the game. I see him playing red-ball cricket for India as well,” Buttler said at the pre-match conference ahead of Rajasthan’s clash with Royal Challengers Bangalore on Monday.

Ashwin and Chahal know how to get things done: Buttler

Buttler also heaped praise on Yuzvendra Chahal and Ashwin. He explained how they brought the team back into the game against Mumbai Indians.

“Their experience is really invaluable. Having those guys is fantastic, we have lots of experience to draw from. Against Mumbai, the game was in the balance and we needed wickets, Ashwin came up with a fantastic wicket and then Yuzi got two in two. Those guys are top performers and they know how to get things done,” he added.

He called his IPL captain Sanju Samson authentic. “Not many changes (since Sanju became captain). That is one of the greatest attributes any leader has to have — being yourself, being authentic. Sanju definitely has that.”

Adding more, Buttler said that Samson has matured as a captain and is older, wiser than when he had started. He also added that Samson is a fun guy and has respect for everyone in the group.

His game has matured, cricket has matured, and he is older and wiser than when we first started. We are enjoying playing under his leadership, he makes a great environment. He’s a fun guy who has respect from the entire group,” he added.

Talking about the clash against RCB, Buttler said that the toss would be crucial as dew would be playing a major role.

“The dew is something we can’t control but we can practice with the wet ball and get used to it. Same for the fielding put to in some water and practice your catching cause the dew is playing a big factor and we need to adapt to it as quickly as possible,” he concluded.

Rajasthan Royals will take on Royal Challengers Bangalore in Wankhede Stadium on Tuesday. Bangalore leads their head to head but this season, Rajasthan are currently the table toppers and had won both their matches so far.

In fact, the team had a big win against Sunrisers Hyderabad which had boosted their net run rate, something which would be useful in the latter stages of the tournament. Also, Jos Buttler is in good form after smashing a ton against his favourite franchise, Mumbai Indians in the previous match.