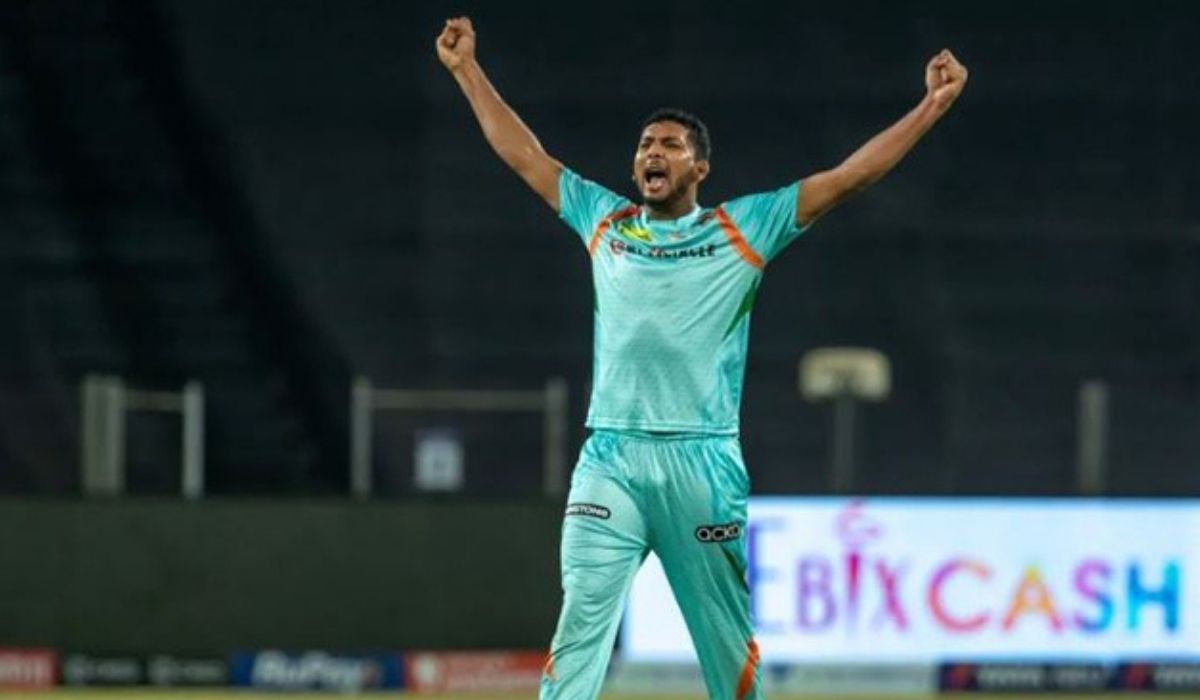 Mohsin Khan has been impressive this season. The tall left-arm medium-pacer with high-arm action, who has a capacity to make the ball do all the talking, is viewed as one of the players to watch out for in the future and recently, he earned appreciation for his performance against Delhi Capitals. The pacer ended with 4/16 with the wickets of David Warner, Rishabh Pant, Rovman Powell and Shardul Thakur.

When things are looking great for Mohsin at the moment, his coach revealed a few secrets about Mohsin’s early days.

Mohsin wanted to be a batter

Mohsin was 12 years old when he wanted to be a batter but he was never serious about the game and used to skip proper practice to play with his friends.

Mohsin, who was taller than usual 12-year-olds, made his coach think and he suggested Mohsin try pace bowling.

“He was reluctant initially but I said if he wants to play higher-level cricket, he can only do that as a bowler. ‘Batting side by side karte

raho (carry on)’, but it took some time. He was never serious. He was casual in his approach. He went on to play under-16 and under-19 cricket for Uttar Pradesh and even took 27 wickets in three games but he had developed a love for tennis-ball cricket by then,” the coach Badruddin says.

Badruddin, who was also the coach of Mohammad Shami, added that the selection in the IPL made Mohsin practice hard.

“I said if he wants to play higher cricket, he has to be serious. He can play these tennis-ball games, but not regularly. Things changed when he was picked by Mumbai Indians,” Badruddin stated.

Mohsin, who is the son of a retired Police officer from UP, worked with Mohammad Shami in the latter’s farmhouse during the lockdown period.

“Shami told him that Mohsin is a better bowler than him but just needed more focus. I called him during the lockdown and said, jitna Shami ka dimag nichod sakta hai, kar le (Learn whatever you can from Shami)’. Things have changed after that,” he adds.

Mohsin was upset at MI camp

After being picked up by Mumbai Indians, Mohsin Khan couldn’t find a place in the playing eleven and had to warm the bench in the MI camp.

“Sir, mujhe yeh log khila nahi rahe hain, mein pareshan hogaya hoon (they are not including me in the team, I am upset).”

“I told him ‘Don’t be stupid. Just keep talking to Zaheer Khan and Lasith Malinga. Just chew their brains and you will be a better bowler in coming days”, Badruddin said.

During an interaction with his teammate Deepak Hooda, Mohsin said that his parents wanted to see him play an IPL match.

“I waited three years for an opportunity. My parents used to say that it was their dream to watch me play in an IPL match. Now that I’m playing, my parents are the happiest. I’m very happy as well, I’m fulfilling their dream. I dedicate my performance to them,” Mohsin added.