Home » Cricket » IPL » He has potential, should be kept in the mix of Indian cricket: Ravi Shastri praises this pacer 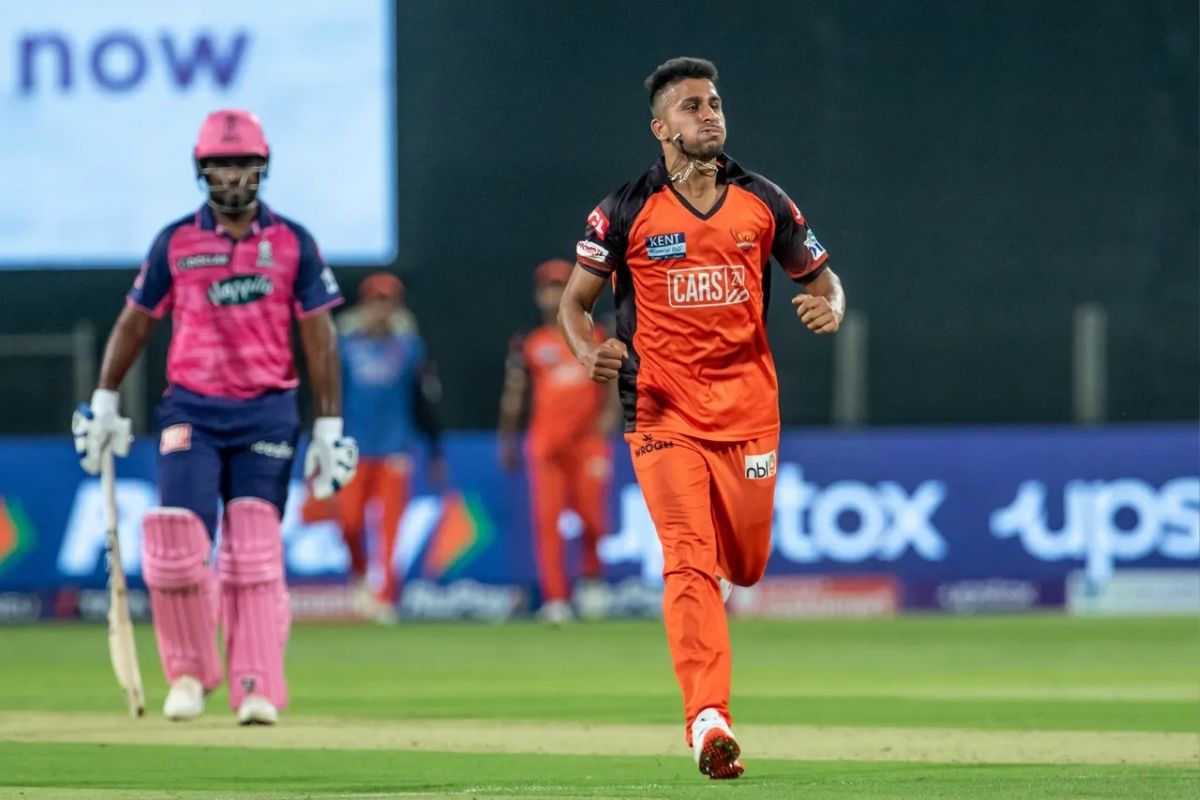 Former Indian coach Ravi Shastri heaped huge praise on a youngster during the match between Sunrisers Hyderabad and Rajasthan Royals on Tuesday.

Umran Malik, 22, had impressed Ravi Shastri during his 1st IPL game for Hyderabad in IPL 2022. Malik, who was retained by SRH ahead of the IPL 2022 Mega auction, bowled some thunderbolts and troubled the opposition batters.

He is probably the fastest Indian pace at the moment and has an average speed above 140kmph this season. He even touched 150kmph multiple times, stunning the batters.

The Kashmir star’s raw pace and fiery bowling had impressed Shastri who said that the Indian cricket team should handle the 22-year-old well.

“I think this guy has got talent”: Ravi Shastri about Umran Malik

Ravi Shastri is one of the panel experts for the Extra Innings in Star Sports this year. During the post-match session, the former Indian cricketer spoke about Umran Malik and how he had impressed him with the pace.

“I think this guy has got talent. He has a genuine pace and if he hits the right areas he is going to trouble a lot of batsmen. It is about handling him properly. It’s the messages that you give him, it’s the way you communicate with him that is going to be very very important,” Shastri told Star Sports.

“There is no doubt in his potential. This guy is an India player. When he is ready, only time will tell, but that communication part is extremely important. He should be handled with care and kept in the mix,” Shastri said.

Meanwhile, Umran Malik did not have an ideal start to the IPL 2022 as he leaked runs. Rajasthan’s Jos Buttler took on him and scored 21 runs in his first over. Buttler had a couple of sixes and as many four in that over. It certainly did put a lot of pressure on the youngster.

However, Malik found his rhythm in the second over and came back well. His second over was completely different from the first one as he was able to deceive Buttler and get him beaten twice before removing him. He also got the better of Devdutt Padikkal.

Impressed by his comeback and his pace, Shastri added that the Indian management must look to bring him in as a net bowler for the upcoming India series.

“He should be kept in the mix of the Indian cricket team, the A-team. The selectors will have to watch him closely and keep him in the mix as much as they can. If this COVID thing persists and you need net bowlers or an extended party, have him there,” Shastri added.

Umran Malik, who is from Jammu and Kashmir, made it as a net bowler for Sunrisers Hyderabad in the last season. The season was played in bio-bubble and since it took place in the UAE, Hyderabad couldn’t call up anyone as a replacement for T Natarajan. The latter had to miss the whole season due to injury. The management immediately promoted Malik as the replacement for Natarajan. He even went on to play a few games in that season. While he was expensive, his pace and his ability to hit 150-mark consistently made heads turn.